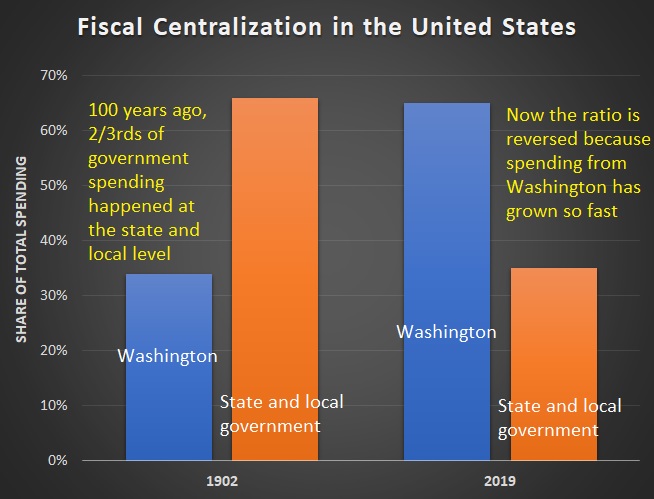 Early last decade, a former Prime Minister of Iceland was brought before a special tribunal to determine whether he was legally responsible for his nation’s 2008 economic downturn.

As you might imagine, I had mixed emotions about that story. 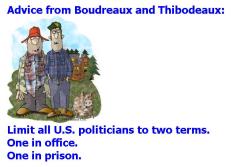 On one hand, I don’t like politicians and I viscerally like the idea of holding them accountable for bad outcomes.

On the other hand, I believe in the rule of law and it’s absurd to bring charges against someone when no law has actually been broken. Moreover, tossing politicians in jail because we don’t like their policies is the kind of thing you might find is some backwater banana republic.

And, to add some humor to this analysis, it would contribute to prison overcrowding if we did things such as jailing Bush for TARP, Obama for the failed stimulus, and Trump for his bungled protectionism.

But it’s time to look at this issue from a serious perspective because a former governor in Michigan, as reported by the Detroit Free Press, is going to be dragged into court because of contaminated water in the state’s 7th-largest city.

…Each charge Snyder faces is a misdemeanor punishable by up to a year in prison or a fine of $1,000 or less. …a misdemeanor conviction could allow a judge to issue a significant restitution order against Snyder, a multi-millionaire who made a fortune in computers and venture capital before he was elected Michigan governor in 2010.

You may be wondering why the Attorney General is targeting a former governor for the flawed operation of a city water system. Shouldn’t local officials be held accountable?

But there is a connection. Local politicians had spent the city into a fiscal crisis and the state appointed managers to clean up the mess.

Snyder…was governor when state-appointed managers in Flint switched the city’s water to the Flint River in 2014 as a cost-saving step while a pipeline was being built to Lake Huron. The water, however, was not treated to reduce corrosion — a disastrous decision affirmed by state regulators that caused lead to leach from old pipes and poison the distribution system used by nearly 100,000 residents.

So does this mean the former governor committed some sort of crime?

I guess we’ll find out if there’s a trial, but it certainly seems like partisan politics may be the real reason for the charges.

David Griem, a Detroit criminal defense attorney and former federal and state prosecutor, said he believes politics are a significant factor in the case. …“I can’t think of a good reason for this other than vendetta and politics. I challenge anyone to come up with a reason that makes sense other than closed-door politics…”

The bottom line, as I explained back in 2016 when writing about mess in Flint, is that you blur responsibility and accountability when multiple layers of government are involved in anything.

Which is why we need genuine federalism.

Decentralization is good for many reasons, including the fact that it’s much harder to deflect blame when something bad happens at the local level.

More specifically, nobody should be responsible for Flint’s water system other than the people from that city. If they screw up (as they did) by voting for venal politicians who funneled too much of the city’s money to a cossetted group of bureaucrats (a common problem), that’s their fault and they then need to deal with the consequences.

Sadly, we’re moving in the wrong direction in the United States, with Washington playing an ever-greater role in things that should be handled by state and local governments.

Let’s conclude by returning to the topic of whether politicians should face legal consequences for bad policy.

I’m very tempted to support anything that makes life harder for that oleaginous group of people. But the tort system (going to court and suing for damages) is actually a preferable way of addressing accidental damage to people.

That’s a big part of how we encourage safe and sound behavior in the private sector. Though I’ll be the first to admit it won’t work as well when dealing with government mistakes because taxpayers (rather than bureaucrats and politicians) bear the burden when there are successful lawsuits.

Ten Observations about Trump and the GOP
Coronavirus latest: US Covid-19 hospitalisations drop to 10-day low