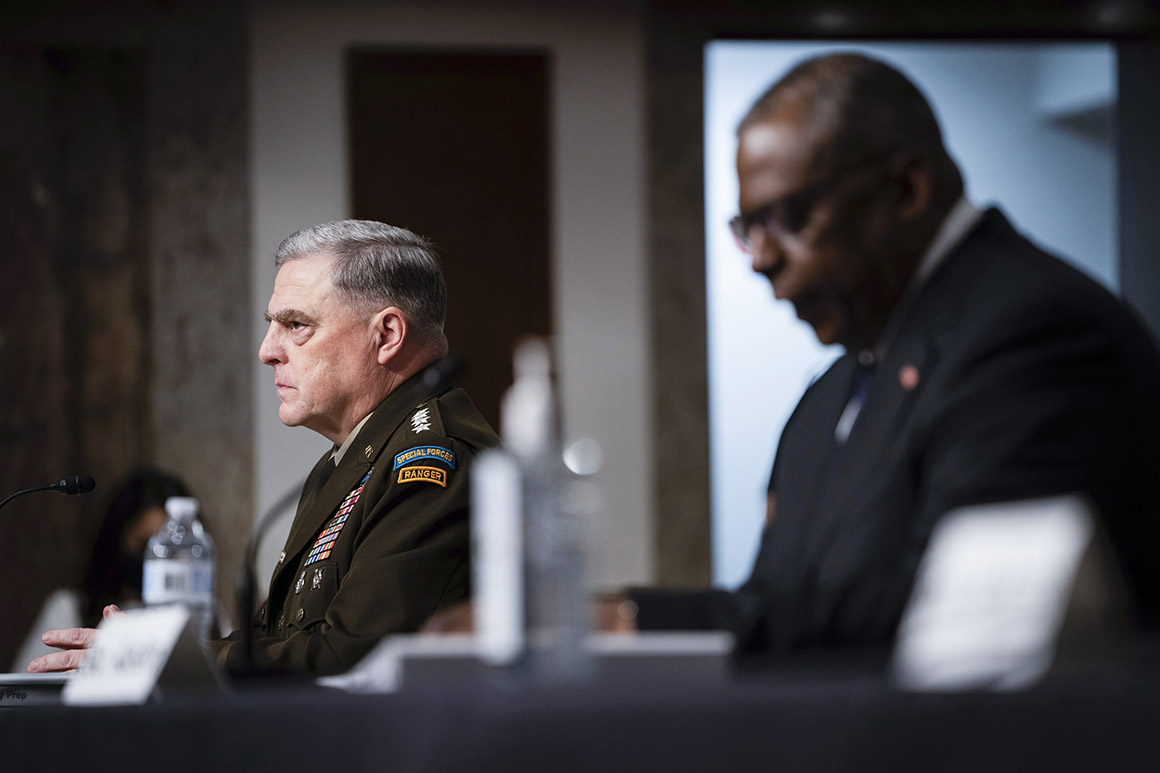 The White House on Tuesday sought to minimize the impact of congressional testimony from top military officials that contradicted President Joe Biden’s past assertions that he was not urged to keep thousands of troops in Afghanistan.

“I think it’s important for the American people to know that these conversations don’t happen in black and white, like you’re in the middle of a movie," press secretary Jen Psaki said during the daily press briefing.

McKenzie also acknowledged discussing with Biden a similar recommendation to leave a few thousand troops on the ground from Gen. Scott Miller, the commander of U.S. Forces Afghanistan until July. Miller detailed that recommendation to Congress in closed testimony last week.

“I was present when that discussion occurred and I am confident that the president heard all the recommendations and listened to them very thoughtfully,” McKenzie testified Tuesday.

Just prior to the briefing, Psaki pointed to part of Biden’s mid-August interview with ABC News’ George Stephanopoulos in which the president acknowledged that military advisers were “split” on whether to leave a residual force in Afghanistan rather than having the U.S. completely withdraw.

However, also during the interview Psaki cited, Stephanopoulos pressed Biden directly on the matter: “So no one told — your military advisers did not tell you, ‘No, we should just keep 2,500 troops. It’s been a stable situation for the last several years. We can do that. We can continue to do that’?”

Biden replied: “No. No one said that to me that I can recall.”

Nevertheless, the Biden administration has held firm in its belief that pulling out of Afghanistan was the correct decision, even amid withering criticisms from both sides of the aisle over the chaos that unfolded during the operation, a posture that Psaki reiterated from the podium Tuesday.

She also downplayed the divergence between the testimony of military leaders and the White House on the withdrawal strategy, saying that Biden was not looking for “a bunch of yes men and women.”

“Ultimately, regardless of the advice, it’s his decision,” Psaki said.