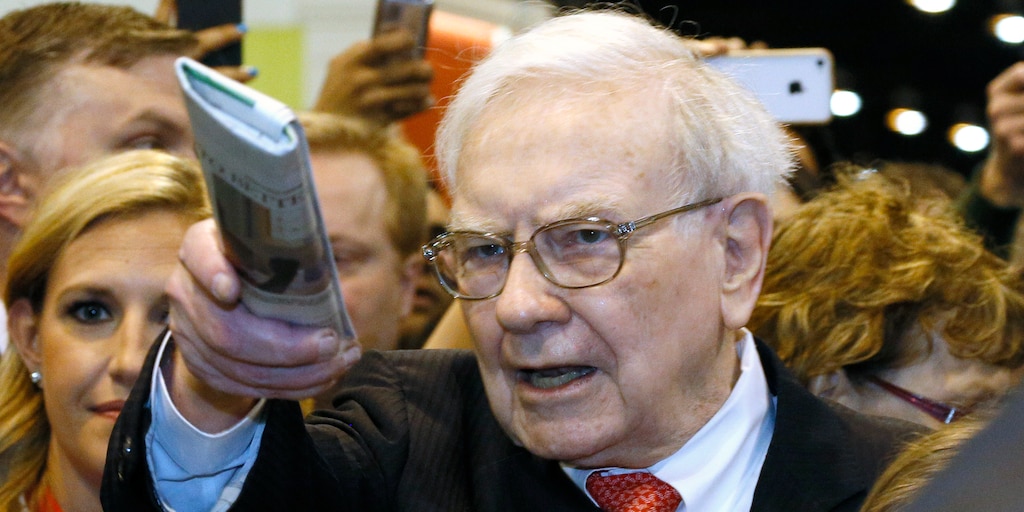 Warren Buffett is selling his newspaper business for $140 million — a fraction of the $344 million he spent acquiring 28 daily papers less than a decade ago.

The billionaire investor’s Berkshire Hathaway conglomerate will hand over 31 daily newspapers including the Omaha World-Herald and the Buffalo News to publisher Lee Enterprises. Lee’s existing papers include the St. Louis Post-Dispatch and the Napa Valley Register.

Lee took over management of Berkshire’s publications in 2018, in exchange for a $5 million annual fee and a cut of profits above a benchmark level.

“We had zero interest in selling the group to anyone else for one simple reason: We believe that Lee is best positioned to manage through the industry’s challenges,” Buffett said in the press release on Wednesday.

He added that he and his investment partner, Charlie Munger, have “known and admired the Lee Organization for over 40 years” and the publisher had managed Berkshire’s papers exceptionally well.

As part of the sale, Berkshire will provide Lee with $576 million in long-term financing at a 9% annual interest rate, allowing the publisher to pay off its existing debts and save about $5 million in interest each year.

Lee’s stock soared 58% in pre-market trading on Wednesday, adding about $42 million to its market capitalization.

The deal expands Lee’s portfolio from 50 daily papers to 81 and nearly doubles its audience. Lee expects the acquisition to boost its revenues by 87% and its adjusted profits by 40%. It anticipates annual revenue and cost synergies of $20 million to $25 million.

The end of an era

Buffett bought the Buffalo News for about $36 million in 1977, and added another 28 daily papers to Berkshire’s stable in the early 2010s. While he was wary of declining circulation and advertising revenues, he defended the papers as solid investments at the time.

“Charlie and I believe that papers delivering comprehensive and reliable information to tightly-bound communities and having a sensible Internet strategy will remain viable for a long time,” Buffett wrote in his 2012 letter to shareholders.

“Newspapers continue to reign supreme … in the delivery of local news,” he added. “I believe these papers will meet or exceed our economic test for acquisitions.”

At Berkshire’s annual meeting in 2018, Buffett admitted the papers had disappointed but downplayed their significance.

“We bought all the papers at reasonable prices,” he said. “It is not a great economic consequence to Berkshire.”

Buffett’s lifelong love of newspapers may well have distorted his view of the industry. He delivered 500,000 papers as a teenager, and challenges shareholders to best him at newspaper tossing during Berkshire’s shareholder meeting each year.

He was also close friends with the Washington Post’s publisher, Katharine Graham, according to “The Deals of Warren Buffett Vol. 2: The Making of a Billionaire.”