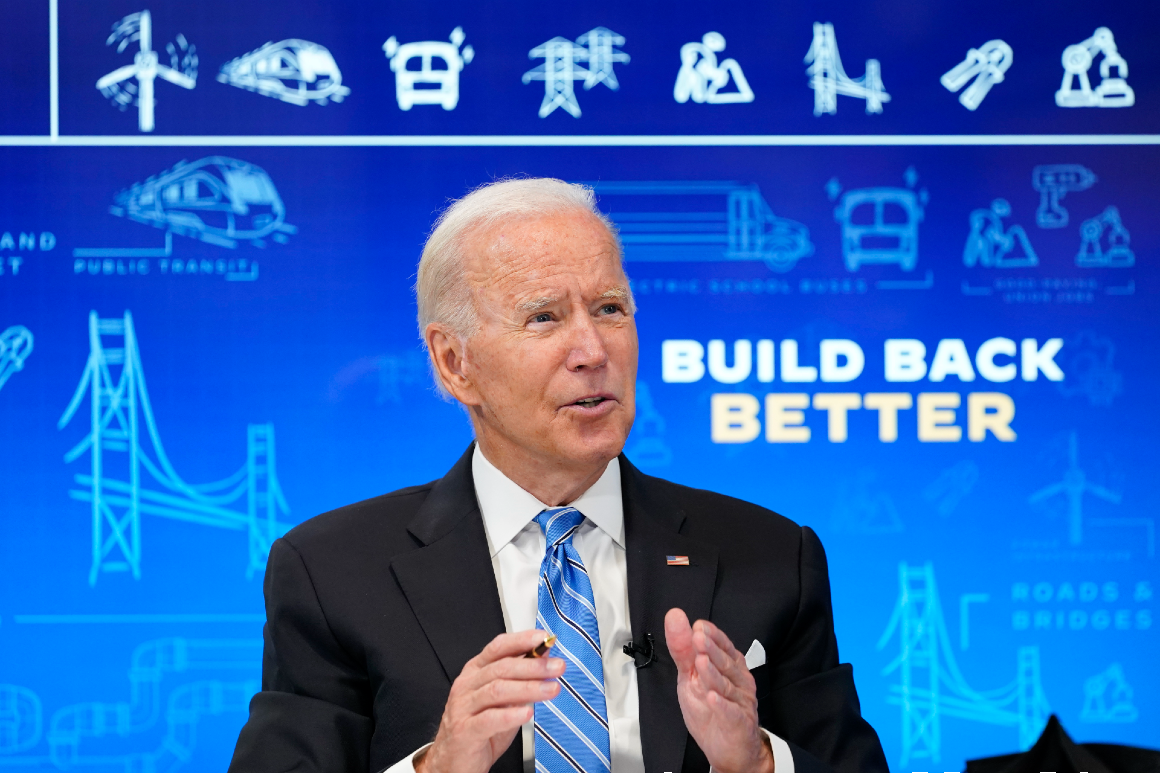 The spike in coronavirus cases is weighing on the economy, dragging down employment growth in key areas and shaking consumer confidence just as millions of Americans are about to lose federal jobless benefits.

The result is a slowdown in everything from consumer spending to employment in hard-hit industries like entertainment and hospitality that thrive on in-person interactions. Now, the Biden administration is facing what may be more evidence that the virus surge is having an impact when the government releases the August jobs report on Friday. Economists expect that between 500,000 and 600,000 jobs were added — little more than half the amount in June and July.

President Joe Biden, who has suffered setbacks in recent weeks on his handling of both Afghanistan and the coronavirus, has staked his administration’s success on returning the economy to its pre-pandemic strength. A weak jobs outlook could further erode his standing with the public. Fewer than half, or 47 percent, of voters approve of his handling of the economy, an NBC news poll found last week — a 5-point drop since the spring. Biden is scheduled to deliver remarks on Friday after the jobs report.

“Delta implies a bumpy road ahead until the public decides that it needs to put the public health crisis behind it — and that means vaccinations,” said Joseph Brusuelas, chief economist at consulting firm RSM, which advises middle-market companies. “It’s now in the hands of the public, not the policymakers.”

The rise in coronavirus cases has led major forecasters to slash their economic outlooks for the third quarter, though several see the economy regaining strength after that. Goldman Sachs, for example, cut its growth forecast from 9 percent to 5.5 percent for the July-September period, saying the repercussions of the Delta variant were “proving to be somewhat larger than we expected.”

There’s a growing stack of data underscoring the effect of the resurgent coronavirus, some showing a softening of the labor market: The number of employees working dropped by 4 percent from July to August, and the number of businesses open fell 2.5 percent, according to the scheduling software company Homebase.

The drop-off was most severe in the entertainment industry, where employment growth fell by 35 percent over the month, and hospitality, where it went down by 20 percent. And the payroll processor ADP this week found that private sector jobs increased by only 374,000 last month, badly missing economists’ expectations.

Consumer spending also slowed in July, with fewer people going to restaurants. And hotel occupancy rates in late August were down more than 9 percent from the same week in 2020.

More broadly, consumer sentiment fell more than 13 percent in August to reflect “the least favorable economic prospects in more than a decade,” according to the University of Michigan’s Consumer Sentiment Index. Richard Curtin, the survey’s chief economist, said that’s partly an emotional response, reflecting “dashed hopes that the pandemic would soon end and lives could return to normal.”

The White House and its allies are downplaying concerns about the economic effect of the Delta variant, focusing instead on passing infrastructure legislation through Congress and maintaining that the issue is the coronavirus, not the underlying economy.

One White House official said the administration “always knew that coming back from a once-in-a-century pandemic would be a massive undertaking.” And Jason Furman, a top economic adviser to President Barack Obama who is close to the Biden White House, said that while the Friday jobs numbers will give the clearest indication of whether Delta is having a major influence on the recovery, the fallout will be temporary.

“It takes us from very, very fast, to very fast,” Furman said. “No one’s talking about it subtracting jobs. It’s just a question of, does it slow the pace of job growth?"

To be certain, other indicators point to continued growth in many sectors. Demand for workers remains strong, and active online job postings rose 13 percent across the country from July to August, according to ZipRecruiter, an online job-search platform. The pace of vaccinations is also increasing, and coronavirus cases appear to be starting to level off — two areas of progress that, if they continue, would have a major economic benefit as well.

Still, the rise in coronavirus cases and the hit to the economy could worsen the prospects for unemployed workers just as expanded federal jobless benefits are set to expire across the country. An estimated 7.5 million workers will lose access to supplemental aid when the programs Congress established at the height of the pandemic end on Sept. 6, according to an analysis by Andrew Stettner, a senior fellow with the Century Foundation.

“This is a five-alarm fire that we’re treating as if nothing were wrong,” he said. “It is an act of policy negligence to allow a record number of workers to be completely cut off from unemployment benefits as the Delta variant surges, jeopardizing the economic progress we have made.”

Further clouding the economic outlook is the Supreme Court’s decision to block the federal eviction moratorium, which by some estimates could cause at least 750,000 renter households to lose their homes this year.

Congress created three federal unemployment insurance programs to respond to the rush of pandemic layoffs under the March 2020 CARES Act. Collectively, the three programs have been giving jobless workers an extra $300 a week, expanded benefits to those such as gig workers who were not traditionally eligible, and lengthened the duration of state unemployment insurance.

Lawmakers have extended these programs several times throughout the pandemic. But amid complaints from low-wage industries of a labor shortage and 26 states moving to end their participation in the programs early, there was little appetite from the White House or Capitol Hill to continue the programs another time.

While conservative lawmakers have argued that the programs were too generous and were keeping people from going back to work, research suggests that ending them may actually have the opposite effect: forcing more workers out of the labor market and sharply cutting economic spending.

Only one in eight workers who lost jobless benefits when their states ended the programs early had found a job by August, according to research by Arindrajit Dube, a professor of economics at UMass Amherst. He estimates that when the programs completely shut off come Labor Day, it could reduce spending during September and October by as much as $8 billion.

“That’s going to possibly create some headwind to the recovery,” Dube said. "The thought was that this was going to accelerate the jobs recovery, I think that’s probably too optimistic."

The risk for the job market heading into the fall is less that the Delta variant will lead to reduced demand for hiring and more that labor supply could remain scarce if the rise in cases drives workers to stay on the sidelines. Despite the increase in vaccinations, the number of people out of work primarily because they were concerned about catching or spreading the coronavirus climbed between late July and mid-August, from 2.5 million to 3.2 million, U.S. Census Bureau data shows.

That marks a nearly 30 percent increase in two weeks, highlighting the concern among some economists and employers that even after the unemployment aid expires, issues with hiring could persist.

At the same time, the uncertain nature of the return to school for unvaccinated children may also dampen the return to work for parents, particularly mothers, and their participation in the labor force could drop if outbreaks in schools cause kids to be sent home.

“It is difficult for parents (especially mothers) to engage fully in work with this kind of uncertainty,” Misty Heggeness, principal economist at the Census Bureau who has done extensive research on women in the workforce, said in an email. “With the spread of the Delta variant through August and into September, these types of situations are more and more likely.”

Rebecca Rainey contributed to this story.