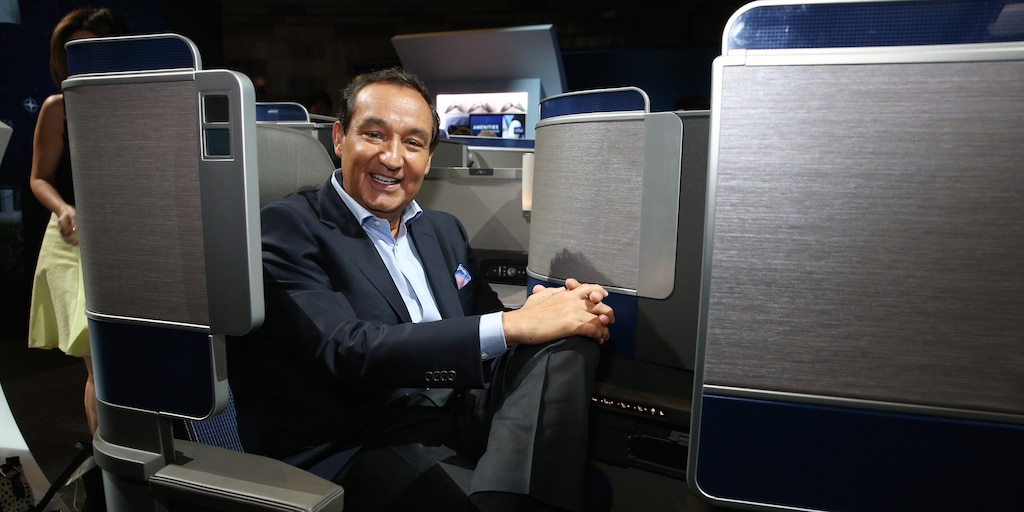 United Airlines shares rose as much as 1% in early Thursday trading after the company announced CEO Oscar Munoz will step down and President Scott Kirby will take his place.

The transition will take place in May, with Munoz becoming the airline’s executive chairman. Current chairman Jane Garvey will retire from the company’s board.

“With United in a stronger position than ever, now is the right time to begin the process of passing the baton to a new leader,” Munoz said in a statement. “One of my goals as CEO was to put in place a successful leadership transition for United Airlines.”

Kirby was hired by Munoz in August 2016 after serving as president of American Airlines. The CEO-to-be assisted American Airlines CEO Doug Parker in creating the nation’s largest airline through mergers with US Air and America West.

Munoz’s tenure as chief executive saw the airline recover from back-to-back scandals in 2017 and 2018. United was mired in controversy after security officers dragged a passenger off of an overbooked flight. A video of the event went viral and prompted the CEO to issue a public apology.

The airline’s reputation was further marred in 2018 when a flight attendant had a passenger place their dog in an overhead bin. The pet died on the flight from New York to Houston, and Munoz issued another apology, vowing United would improve in how it treats its customers.

The company has since improved its image for shareholders, boosting net profit to $2.5 billion by the end of 2018 from $2.1 billion in 2017. United’s net income over the first three quarters of 2019 has already reached $2.4 billion, and the airline raised its full-year profit forecast in its October earnings report.

The airline has 14 “buy” ratings, seven “hold” ratings, and no “sell” ratings from analysts, with a consensus price target of $109.17, according to Bloomberg data.

BANK OF AMERICA: These are the 5 key themes to finding the right stocks in 2020, from buying up value to looking outside the US

Here is the gossip we heard last night at Uber’s Christmas party in London, where it faces an imminent ban 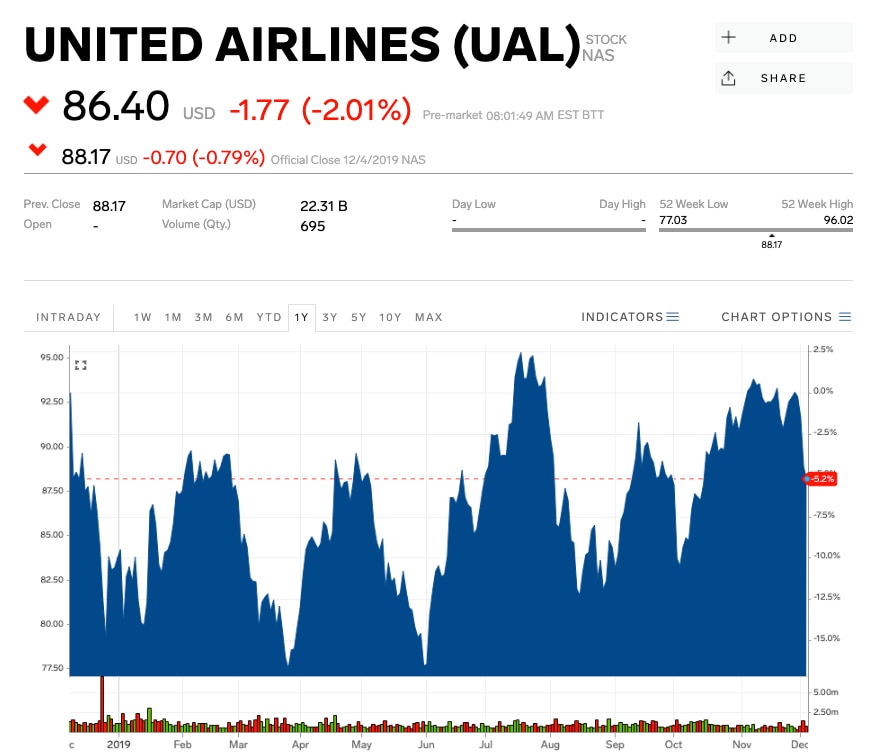