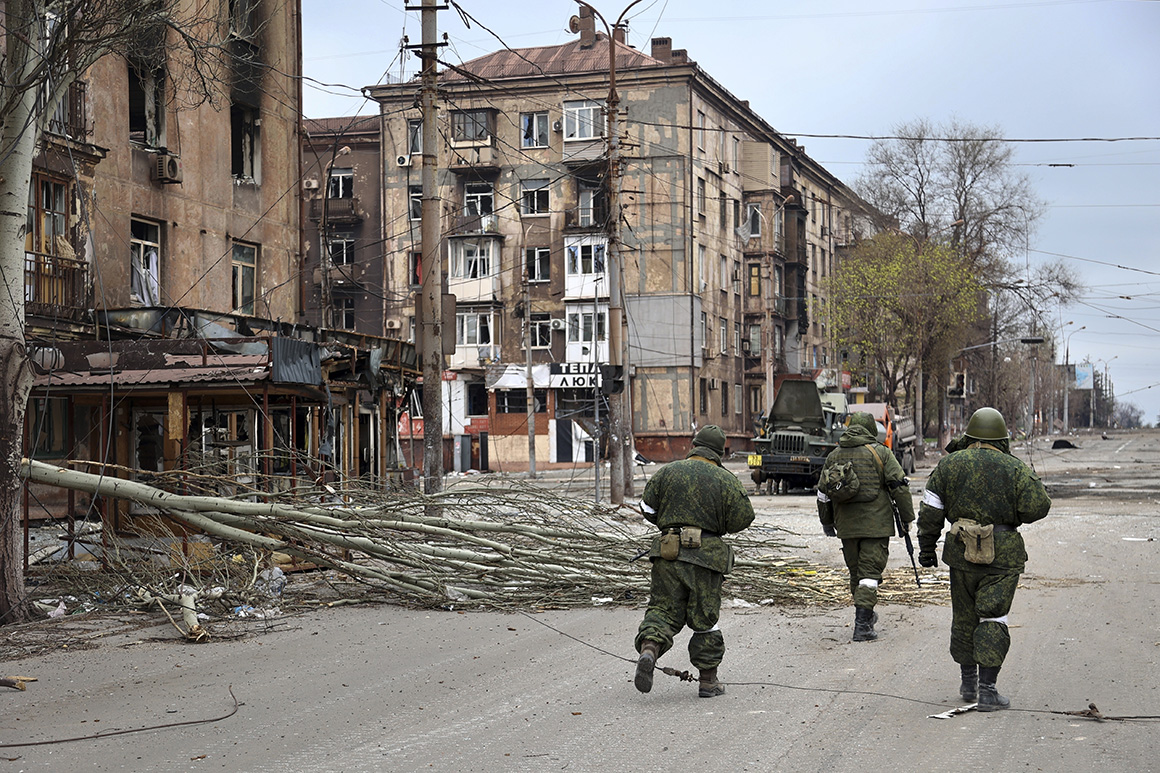 U.S. and Ukrainian officials on Sunday discussed the possibility of Russian President Vladimir Putin expanding his invasion from the Donbas region of southeastern Ukraine into the neighboring nation of Moldova — another former Soviet state and non-NATO member in Eastern Europe.

“I think where they go from here remains to be seen,” deputy national security adviser Jon Finer told NBC’s “Meet the Press” in an interview, referring to Russian forces. “But they are a long way from cities like Odesa” — the Black Sea port city in southern Ukraine — “and certainly from Moldova.”

Russian forces “have a lot of fighting still to do,” Finer added, “and we think the Ukrainians are going to be very effective in fending them off.”

Pressed on how the Biden administration’s wartime strategy would change if Russia began making moves toward Moldova, Finer responded that the United States has “shown an ability to be nimble” and “to adjust our assistance and our approach as the Russian war aims have evolved.”

“We will continue to do that over time, depending on how things evolve on the battlefield,” Finer said.

Finer’s remarks came after Russian news agencies reported last Friday that Rustam Minnekayev, the deputy commander of Russia’s central military district, said Russia plans to take full control of the Donbas and the southern part of Ukraine as part of its new offensive in the country.

“Control over the south of Ukraine is another way to Transdniestria, where there is also evidence that the Russian-speaking population is being oppressed,” Minnekayev reportedly said at a meeting in Russia’s central Sverdlovsk region.

Transdniestria, or Transnistria, is a pro-Russia breakaway region of Moldova, which borders Ukraine to the southwest. Moldova, like Ukraine, was part of the Soviet Union until Soviet President Mikhail Gorbachev dissolved the sprawling communist state in 1991.

Minnekayev also reportedly said that Russia plans to establish a land corridor between the Donbas and Crimea, the Black Sea peninsula south of Ukraine that Russia seized and illegally annexed in 2014.

“These statements are unfounded and contradict the position of the Russian Federation supporting the sovereignty and territorial integrity of the Republic of Moldova, within its internationally recognized borders,” the ministry said in a statement.

During the meeting with Vasnetov, “It was reiterated that the Republic of Moldova, in line with its Constitution, is a neutral state and this principle must be respected by all international actors, including the Russian Federation.”

Asked on Sunday about a potential Russian invasion of Moldova, Igor Zhovkva, deputy head of the office of Ukrainian President Volodymyr Zelenskyy, told NBC that Russian forces “can move anywhere they want, but they will not, we will not let them do this.”

“The actual war of Russia started in 2014 by capturing the Crimea and part of Donbas. So, yes, now they want to capture the whole Donbas. Yes, they want to have the connection between Donbas and the Crimea,” Zhovkva said.

“As far as the Moldova is concerned, yes, we heard those announcements of Russian officials,” Zhovkva continued. “Who knows? You never know with Russia, but … that could be a high possibility.”

After retreating from around the capital of Kyiv in northern Ukraine earlier this month, Russian forces last Monday launched their anticipated assault in the Donbas, which is home to two breakaway areas largely held by Moscow-backed separatists: the so-called Donetsk People’s Republic and Luhansk People’s Republic.

In an address last Friday, Zelenskyy repeated his warning that Russia’s invasion of Ukraine “was intended only as a beginning,” and that Putin then intends “to capture other countries.”

“All nations that, like us, believe in the victory of life over death must fight with us. They have to help us, because we are the first on this path. And who is next?” Zelenskyy said. “If anyone who can become next wants to stay neutral today so as not to lose anything, this is the riskiest bet. Because you will lose everything.”

However, such a restoration of the Soviet Union is “not within” Putin’s capabilities, Lute said, adding: “There’s a big gap here between his aims and his means.”