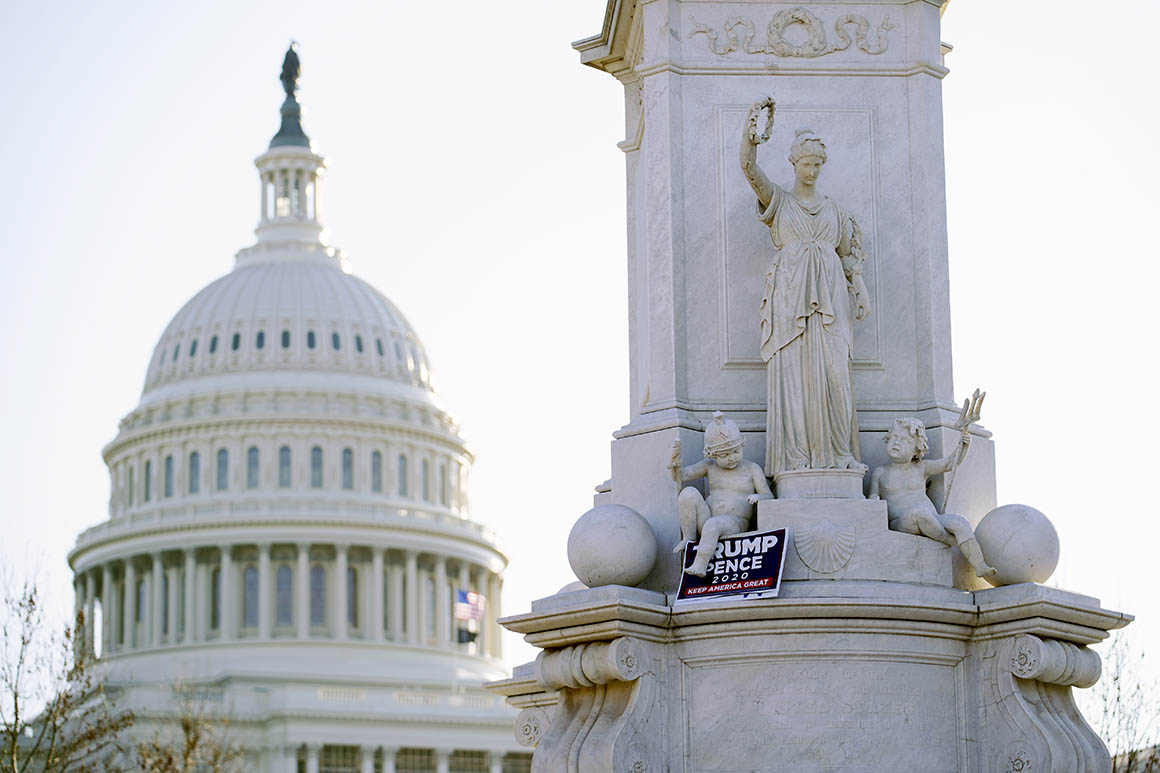 A U.S. Capitol Police officer has died after engaging with rioters in Wednesday’s violent insurrection.

"Brian D. Sicknick passed away due to injuries sustained while on-duty," the U.S. Capitol Police said in a statement late Thursday. "He returned to his division office and collapsed. He was taken to a local hospital where he succumbed to his injuries."

Sicknick had served in the USCP since 2008 and was recently in the First Responders’ Unit.

Four other people died during Wednesday’s siege of the Capitol. One of them was a 35-year-old woman who was shot inside the Capitol as she climbed through a window. Three others died due to medical emergencies.

The growing number of deaths from the unprecedented attack on Capitol Hill comes as the enormous complex faces a reckoning over its security, including the operations of its roughly 1,800-member police force. On Thursday, Capitol Police Chief Steven Sund, Senate Sergeant-At-Arms Michael Stenger and House Sergeant-At-Arms Paul Irving all resigned.

Sicknick was initially in critical condition when reports of his death surfaced. But USCP confirmed in a statement that he died Thursday at about 9:30 p.m. USCP, the Metropolitan Police Department’s Homicide Branch and federal law enforcement will investigate Sicknick’s death.

“This tragic loss should remind all of us of the bravery of the law enforcement officers who protected us, our colleagues, Congressional staff, the press corps, and other essential workers yesterday," the lawmakers wrote. “To honor Officer Sicknick’s memory, we must ensure that the mob who attacked the People’s House and those who instigated them are held fully accountable.”

Sen. Ben Sasse (R-Neb.) said in a statement early Friday morning that the news was "gut-wrenching."

"None of this should have happened," Sasse said. "Our country aches for the families who mourn. Lord, have mercy."

Melanie Zanona contributed to this report.