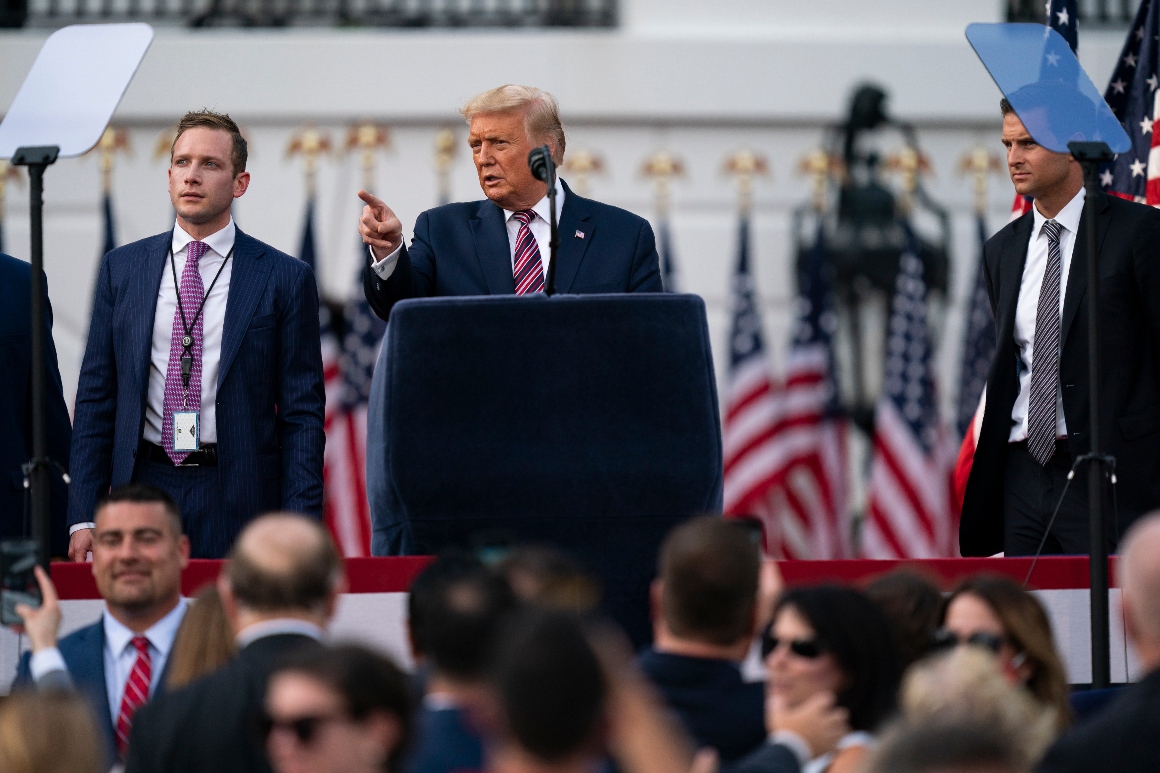 Former President Donald Trump is weighing in for the first time on behalf of a primary challenger opposing one of the 10 House Republicans who voted to impeach him in January.

“Current Rep. Anthony Gonzalez should not be representing the people of the 16th District because he does not represent their interest or their heart,” Trump said in a statement. “Max Miller has my Complete and Total Endorsement!”

Miller, a 32-year-old Marine reservist, is a Trump loyalist who worked on the former president’s 2016 campaign before serving in the White House, first in the office of personnel and later as director of advance. During the 2020 reelection campaign, he served as deputy campaign manager for presidential operations. Miller, who hails from a prominent northeastern Ohio family, recently purchased a home in Rocky River, inside Gonzalez’s district.

Miller has made clear that he plans to turn Gonzalez’s impeachment vote into a centerpiece of his campaign, writing on Twitter that the congressman “betrayed” constituents with his vote.

Trump has told advisers that he’s intent on unseating the Republicans who backed his impeachment and others in the party he views as disloyal, including Georgia Gov. Brian Kemp, whom he has accused of not doing enough to intervene in the state’s 2020 vote count. The former president huddled with political advisers at his Mar-a-Lago estate Thursday to discuss his political plans, including how he plans to weigh in on 2022 races.

The former president will be able to drop significant money into these races. He has established a leadership PAC with tens of millions of dollars that could be spent on ads or doled out to campaigns he supports. He has also begun laying out plans to start a super PAC, which would be able to spend unlimited amounts of money on advertising.

Miller joins an increasingly long list of former Trump aides who are either seeking office or weighing potential bids. In addition to Sanders, former ambassador to Slovenia Lynda Blanchard has launched a campaign for Alabama’s open Senate seat. Cliff Sims, another former Trump aide, is seriously considering entering the Alabama race, and former campaign adviser Katrina Pierson is a potential candidate for a special House election in Texas.

Gonzalez has stood by his impeachment vote, saying in a recent appearance on a conservative podcast that during the Jan. 6 Capitol uprising, “the president didn’t step up in my opinion in nearly the right way, to stop it.”

“You have to love your country and you have to adhere to your oath more strongly than you do your job, and I don’t know what political fate will play out,” Gonzalez said. “If my fate is ultimately that I don’t get to come back, I will do that at peace.”

‘Most Heinous Attack.’ Merrick Garland Pledges to Take on Domestic Terrorism as Attorney General
Here’s How Republicans Downplayed the Capitol Riot at CPAC