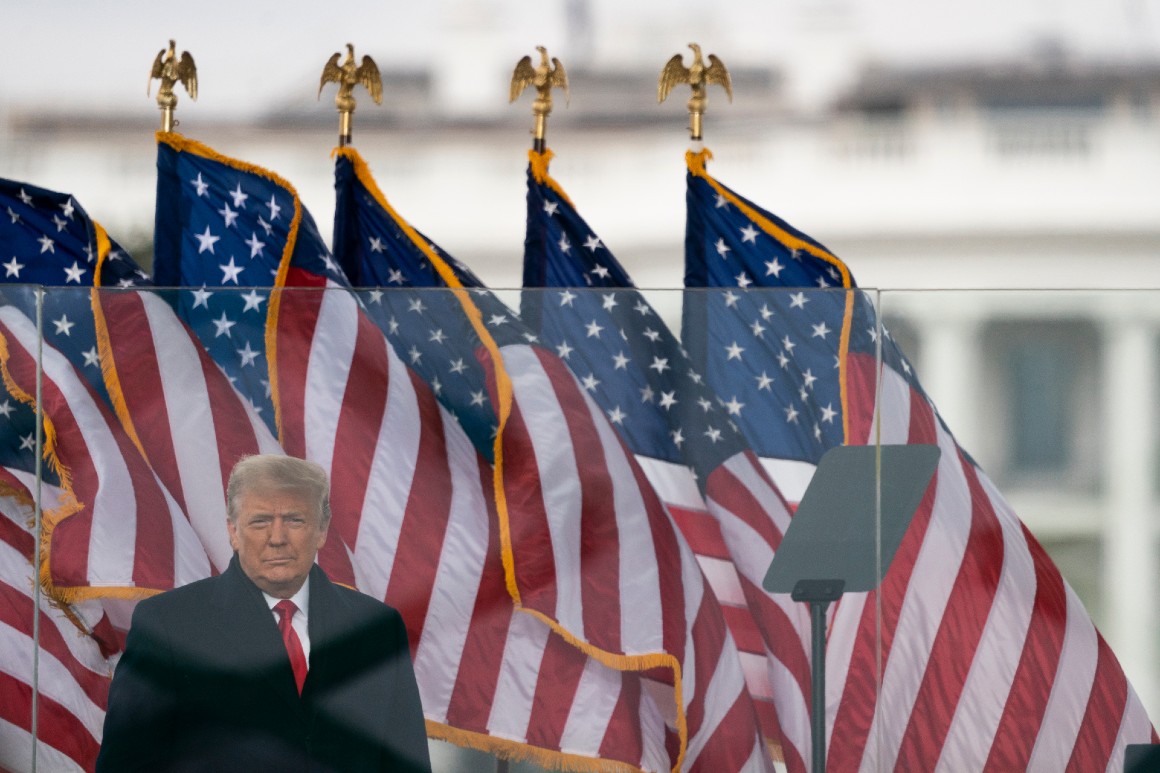 President Donald Trump early Thursday morning acknowledged for the first time he will leave office and agreed to an orderly transition of power, bringing an end to an unprecedented and chaotic chapter in U.S. history and a presidential term that supporters and foes alike agree was among the country’s most consequential.

Notably though, Trump didn’t admit defeat or say he was conceding. He also failed to publicly recognize the deadly riot his supporters participated in inside the U.S. Capitol on Thursday.

“Even though I totally disagree with the outcome of the election, and the facts bear me out, nevertheless there will be an orderly transition on January 20th,” Trump said in a statement. “While this represents the end of the greatest first term in presidential history, it’s only the beginning of our fight to Make America Great Again.”

The statement came just minutes after Trump’s last-ditch attempt to prevent the certification of Joe Biden’s win was snubbed by Congress and after weeks in which the president contested the election through a variety of outlandish conspiracy theories and fruitless court challenges.

His efforts culminated in a rally on Wednesday at the nation’s capital, during which his supporters stormed and ransacked the Capitol building and forced members of Congress — along with Vice President Mike Pence — to abruptly halt the certification vote and flee the premises. Dozens were arrested and at least four people were ultimately killed during the chaos.

Congress came back later in the evening to complete the vote. And though Republican lawmakers continued to argue, against evidence, that widespread fraud had taken place, many in the party announced they would drop any remaining opposition to Biden’s election.

By that point, Trump had been hunkered inside the White House for hours watching news coverage, unable to use his preferred social media platforms because his accounts had been temporarily suspended after his posts had been deemed to have incited violence. Top aides had announced their resignation over how he had handled the day’s events, senior officials were threatening to leave the administration in the days ahead, and even previously-supportive Republican senators were taking to the floor to admonish him.

"Trump and I, we had a hell of a journey. I hate it being this way,” Sen. Lindsey Graham (R-S.C.) said on the Senate floor. “All I can say is count me out. Enough is enough. I tried to be helpful."

Within the Trump family, disagreements had sprouted over whether he should concede. Jared Kushner, the president’s senior adviser and son-in-law, had urged him to do so weeks ago. First lady Melania Trump, eager to leave the White House and enter private life in Florida, also pushed Trump after the election to admit defeat.

But Trump’s adult sons, Don Jr. and Eric, urged him to fight the election. And in recent weeks, Trump had relied on the advice of just a small group of people — including his attorney Rudy Giuliani, the former mayor of New York and chief of staff Mark Meadows — who either pushed him to continue to try to overturn the election or weren’t willing to tell him it was time to give up the fight.

Thursday’s statement by Trump was one of the rare moments in which he bowed to those urging him to publicly acknowledge that he will no longer be president after January 20th. It also represented one of the few times in which he broke with his base, whom he encouraged to understand that the avenues for overturning the election results were over.

“I have always said we would continue our fight to ensure that only legal votes were counted,” Trump said. His statement was circulated to reporters by an adviser and on the Twitter account of his social media director Dan Scavino since the president remained locked out of his Twitter account.

Trump’s statement was not a concession, but it was an acknowledgment that his legal battles reached the end of the road and is a capstone to a damaging week for Republicans. In addition to losing the presidency, the party on Tuesday night lost a pair of Senate runoff contests in Georgia, a state once thought to be an impregnable citadel of Republican power. The twin elections of Raphael Warnock and Jon Ossoff handed control of the upper chamber to Democrats for the first time since 2014, and greatly bolstered Biden’s chances of enacting an ambitious agenda on health care, climate and economic relief to deal with the Covid-19 pandemic.

Losing the Senate, where Republicans have long stymied Democrats on everything from confirming judges to taxes to immigration reform, vindicated internal party critics who had warned for years that the mercurial populism and lurching, personality-driven Trump style would ultimately lead the GOP to ruin.

No less a figure than Graham had once tweeted, "If we nominate Trump, we will get destroyed…….and we will deserve it.” But Graham, like so many Republicans, had come to conclude it was easier, and politically wiser, to align with Trump than to condemn him.

Though Trump said the transition would be “orderly,” questions remain about how civil the transfer of power between the two men will actually be. Trump has told confidants that he has no plans to be in attendance at his soon-to-be-successor’s inauguration, although he has been encouraged to attend by some allies. He has also previously considered hosting a rally on that day, in what could be a precursor to another run at the White House in 2024.

After what transpired on Wednesday, those ambitions may be on hold. Still, Trump said that while it is the end of his first term in office, he will continue his fight to “Make America Great Again."