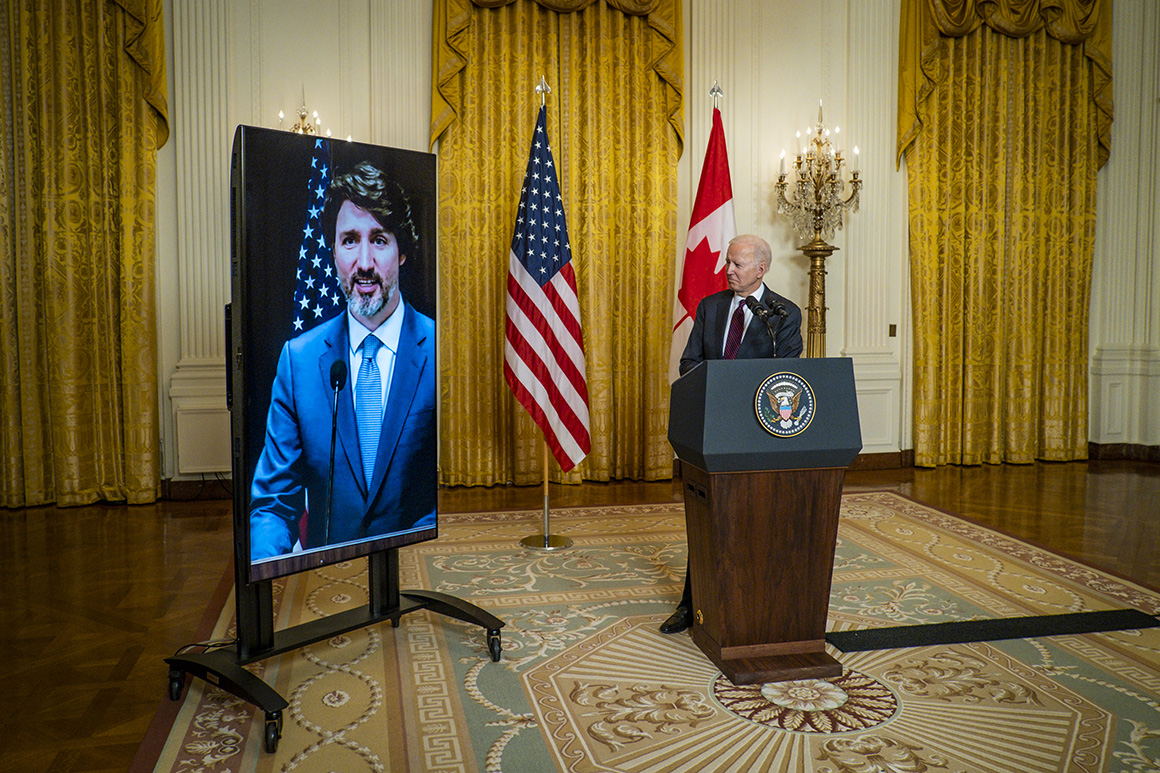 After tense relations at times with former President Donald Trump, Canadian Prime Minister Justin Trudeau said it’s “great to see America re-engage” under a new administration in an interview on "Meet the Press."

“I think certainly there were things that were more challenging under the previous administration in terms of moving the dial in the right direction on the international stage. But at the same time, you know, we all have democracies that go in different directions from time to time,” Trudeau told NBC’s Chuck Todd in an interview airing Sunday.

Trudeau has come under fire in Canada from critics who charge he hasn’t done enough to protect the Keystone XL pipeline, for which Biden recently revoked a key permit. When Todd asked him if the pipeline was “dead,” Trudeau signaled Canada wanted to "move forward" on the issue.

“I think it’s fairly clear that the U.S. administration has made its decision on that, and we’re much more interested in ensuring that we’re moving forward in ways that are good for both of our countries,” Trudeau said. “There’s so much we can do together that I don’t spend too much time worrying about the tension points. It’ll always come up in our relationship, but we’ll work through them, particularly given the alignment on so many things that we’re able to bring with this new administration.”

Asked what in particular the Biden administration can help push, Trudeau said "obviously" the "first thing that comes to mind" is coronavirus, as well as climate change.

“The approach that the president is taking on Covid right now much more aligns with where Canada has been for quite a while, grounded in science, grounded in protection of people as the best way to protect the economy, and understanding that, that being there to support people is absolutely essential so that we can get through this as quickly as possible,” Trudeau said.

Trudeau and Trump famously didn’t always get along, with particular disagreements on trade issues and the former president’s go-it-alone approach to international relations. Trump once called Trudeau "two-faced" after a video showed world leaders appearing to joke about the former president.