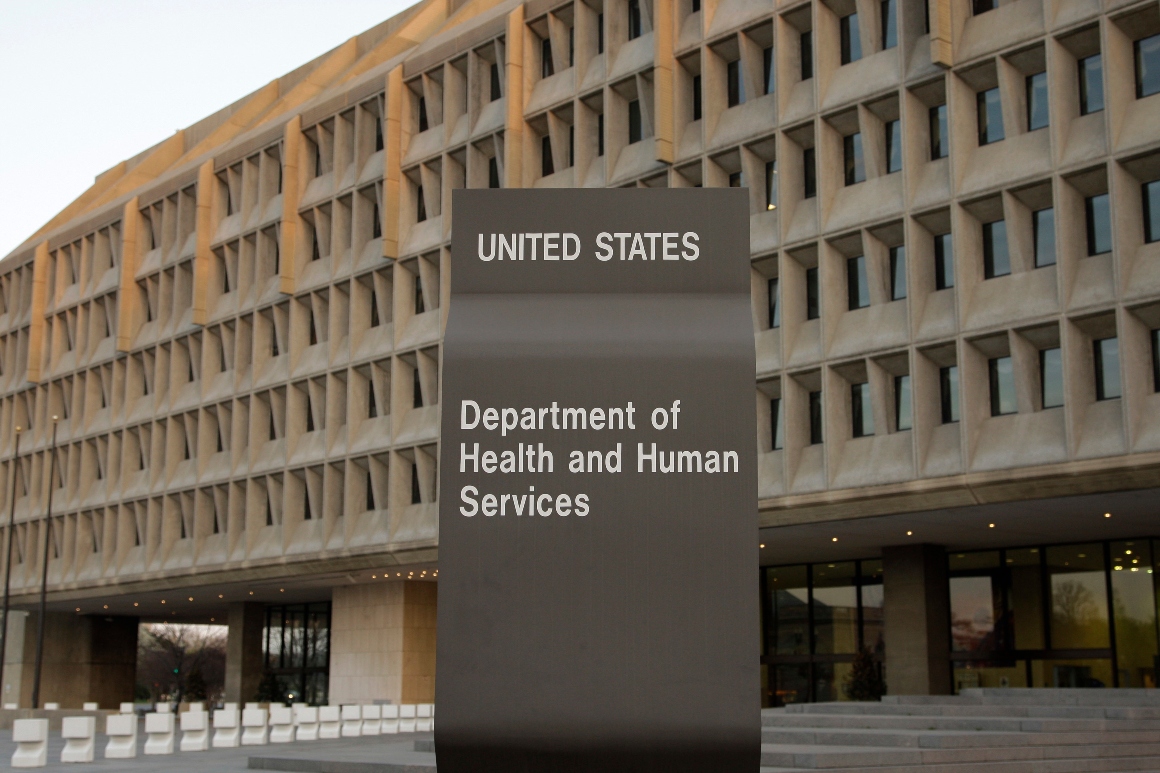 The former chief of staff of the Trump administration’s health department is exploring a bid for the U.S. House seat of the late Rep. Ron Wright (R-Texas), who died earlier this week after being diagnosed with Covid-19, six people familiar with the situation told POLITICO.

Brian Harrison in recent days has spoken with potential donors, one person familiar with the discussions said, and told friends that he’s considering mounting a campaign.

“He’s doing what he has to do to assess whether this is something that’s right,” said another person familiar with Harrison’s thinking, adding that a decision is likely in the “near future.“

The race for the longtime Republican Texas 6th Congressional District south of Dallas is likely to draw several candidates, and it’s unclear whether Harrison — who’s never run for public office — could emerge from the crowded field. A date for the special election has not yet been set.

But if he opts in, it would mark a quick return to politics after a tenure as one of ex-Health and Human Services Secretary Alex Azar’s most trusted aides. Harrison’s campaign would also represent an early test of the voter appetite for candidates with direct ties to the Trump, in the wake of his shaky Covid response and attempts to overturn the results of the presidential election.

Harrison during his stint at HHS played a central role in shaping the department’s policy priorities, and was charged with steering its day-to-day coronavirus response during the earliest days of the pandemic.

A graduate of Texas A&M University, he had previously held several roles in the George W. Bush administration, including at HHS and at the White House.

Harrison joined Trump’s HHS first as deputy chief of staff, before being promoted to chief of staff in 2019, where he managed much of the department’s daily priorities and coordinated its Covid efforts with the White House and across the federal government.

“He feels very strongly about this country, having served at high levels at HHS during the pandemic,” the person familiar with his thinking said. “He’s proud of what occurred and very dismayed by the politicization of his work.”

Still, Harrison was a polarizing figure in certain corners of the Trump administration, where he clashed with some senior officials across HHS and in the White House over the direction of major policy initiatives — such as Trump’s push to slash drug prices — and the pandemic response.

In the West Wing, a handful of his detractors derisively referred to Harrison as “the dog breeder” — a reference to the labradoodle-breeding family business that he helped run prior to joining the Trump administration. On Friday, an anonymous Twitter account was created appearing to mock Harrison and his potential run for Congress.

Frustrated with HHS’ early handling of the pandemic response, White House officials in April held discussions about firing both Azar and Harrison — though they never followed through.

Harrison’s allies have long bristled at the characterization of his qualifications, pointing to his extensive government experience and holding it up as an example of the toxic environment in parts of the White House.

“It left people with the impression that that was his life,” the person familiar with his thinking said. “When in fact he served at DoD, he served at HHS and he served as Vice President [Dick] Cheney’s special assistant.”

But Harrison also alienated some staff at agencies under HHS’ umbrella, like the Food and Drug Administration and Centers for Medicare and Medicaid Services. Several privately blamed him for failing to defuse tensions between Azar and CMS Administrator Seema Verma, whose feud escalated to a point that then-Vice President Mike Pence was forced to broker peace between them.

Harrison was also instrumental in a series of deregulatory moves over the past year that put HHS at odds with its own FDA, including trying to enact term limits for top federal health scientists and blindsiding the agency with a pair of last-minute drug and device policies.

Harrison has insisted that the policies were “good governance” initiatives aimed at improving the agency’s accountability and transparency, and that they fit with the administration’s broader deregulatory agenda. His supporters, meanwhile, chalked up much of the griping to the perils of the chief of staff job, which one person familiar with the situation said required Harrison to carry out sometimes-unpopular directives and have difficult internal conversations.

Harrison won key allies within the health department in the meantime — chief among them Azar, who gave him broad power over the department’s operations. He also cultivated close alliances with then-General Counsel Bob Charrow and Judy Stecker, who ran HHS’ public affairs department before becoming deputy chief of staff.

Harrison over the past year made it known to colleagues that he had greater political ambitions and could eventually run for office after returning to his native Texas, several people familiar with the discussions said.

Since leaving government, he has taken on an increasingly public role as an ardent defender of Trump’s legacy in managing the coronavirus crisis.

“It is disappointing that with less than a full week in office, the Biden administration seems intent on misrepresenting Operation Warp Speed, the Trump administration program to develop and distribute safe and effective Covid-19 vaccines and therapeutics — a program with success unparalleled in the history of public health,” he wrote in a Jan. 24 Fox News op-ed.

Nikki Haley Finally Throws Donald Trump Under The Bus, But Critics Aren’t Buying It
The Capitol riot is a godsend for America’s critics