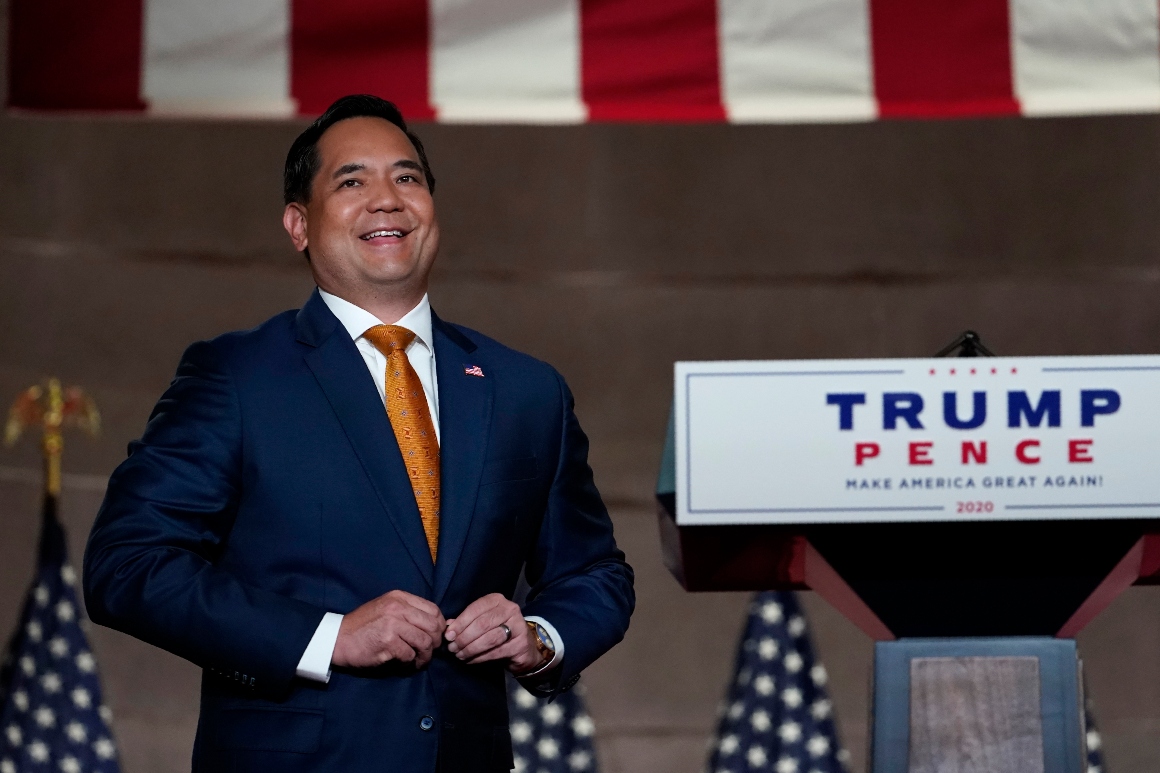 Utah Attorney General Sean Reyes, who backed Donald Trump’s efforts to challenge the 2020 election results, is preparing for a 2024 Senate run that could pit him against Sen. Mitt Romney in a GOP primary.

Reyes, who has been elected statewide three times, in recent weeks has discussed the matter with key players in Utah politics and with allies of the former president, according to a person who is familiar with Reyes’ plans. Reyes will make a final decision and likely announce his intentions in May.

“Sean is very seriously considering running, regardless if Mitt runs or not,” the person said. “He’s confident that regardless of what Sen. Romney wants to do, he’s going to pursue this.”

Romney hasn’t publicly discussed his 2024 plans. The 75-year-old former GOP presidential nominee and Massachusetts governor is being encouraged by some anti-Trump Republicans to run again for president, though multiple political operatives in Utah believe Romney is likely to retire from politics at the end of his current Senate term.

“I guarantee Trump will come up with somebody,” said Carson Jorgensen, chair of the Utah Republican Party. “There’s enough vitriol there that no matter if Trump is running for president, he will run a candidate against Romney.”

A Trump loyalist who served as Utah co-chair for Trump’s reelection campaign, Reyes had one-on-one meetings with the former president in September and December 2020, said the person familiar with Reyes’ plans, and each time Trump encouraged him to run against Romney.

A spokesperson for Trump didn’t directly say whether Trump has encouraged Reyes to run for the seat.

“There isn’t a Republican candidate in the country who isn’t seeking the support of President Trump,” said spokesperson Taylor Budowich. “Mitt Romney will be replaced in 2024 by a champion for America First, that goes without question — he abandoned Utah and caved to the Radical Left.”

Reyes’ office did not respond to a request for comment for this story.

While state party rules prevent the Utah GOP from taking a side in a primary, Jorgensen said the vast majority of Republican activists in the state — he estimates as much as three-quarters — have soured on Romney. The junior senator, who voted twice to impeach Trump, has emerged as one of the president’s top Republican critics.

Romney, though, is no ordinary Republican in Utah. As head of Salt Lake City’s organizing committee, he was widely credited with salvaging the 2002 Winter Olympics for the state after a bribery scandal had placed the event in jeopardy. In 2012, he won the state by more than 50 percentage points in his unsuccessful GOP presidential bid.

Trump’s brash, MAGA-style conservatism has alienated many in the Church of Jesus Christ of Latter-day Saints community, which constitutes a majority in Utah. But state Republicans have warmed to him since his election in 2016 and Reyes has been one of the former president’s staunchest allies.

While his loyalty to Trump has boosted his national profile, Reyes has also courted controversy in the state by using his position as attorney general to champion Trump’s disproven election fraud allegations.

Days after the 2020 election, Reyes announced he was taking personal leave to “help prepare and support litigation” in battleground states where Trump lost the election. He later signed on to a lawsuit filed by Texas Attorney General Ken Paxton and more than a dozen other Republican attorneys general seeking to overturn election results in key battleground states, though the effort ultimately failed.

Prior to the election, Reyes ran digital ads on the attorney general’s office Facebook page announcing he was “standing strong with Trump,” including one that showed a photo of him pointing a handgun.

Trump adviser Kimberly Guilfoyle called Reyes “both substantive and magnetic,” and added that “there is a reason” why he was selected to speak on the final day of the Republican convention in 2020.

“Many of us who served President Trump have enthusiastically encouraged him to run for Senate regardless of what Mitt decides to do,” Guilfoyle said.

Another Trump ally, speaking on the condition of anonymity, said Reyes is “respected within Trump world and obviously has a future in politics,” noting his work as a campaign surrogate and on Trump’s fundraising committee during the last presidential election. Reyes also worked closely with the Trump White House on initiatives like human trafficking.

Like Romney, Reyes, 51, is a Latter-day Saint. His supporters say Reyes’ immigrant background — he is the son of a Filipino-Spanish father who moved to America and a Hawaiian-Japanese mother — will be an asset as the GOP seeks to highlight diverse candidates as part of its efforts to gain traction with immigrants and people of color.

Former Rep. Jason Chaffetz and Ally Isom, a Republican currently challenging Sen. Mike Lee in a GOP primary, are other names being floated in Utah as possible 2024 contenders for Romney’s seat.

Romney on Wednesday declined to comment about his 2024 plans.

“That isn’t something I’m prepared to decide yet or communicate,” he said.”But were I to decide to run again, the best news I could get would be that Sean Reyes was my opponent.”

He then laughed and walked away.

Jorgensen said Romney and his camp are “keeping pretty tight-lipped” about his intentions.

“Nobody really knows. I’ve asked and I’ve pestered,” Jorgensen said. “There’s just no sense or feeling of it.”

Romney’s statewide approval rating has ticked up five points in recent months to 51 percent, according to a poll released in February by Deseret News and the Hinckley Institute of Politics. While Romney’s overall approval is higher than Lee’s — which was 42 percent, the poll found — Lee is more popular than Romney with Republicans.

Utah Republican state Sen. Mike McKell said he believes Romney is now “trending up in a positive way” in the state, where he is “heavily engaged” with the legislature and governor’s office.

While Trump and Romney occupy opposite camps of the current Republican Party, Reyes, according to multiple people involved in state politics, is capable of threading the needle between both worlds.

He has also largely maintained positive relationships with the pro-Romney donor class in Utah.

“There would be no one else better in the state of Utah for a Trump endorsement, and Sean would certainly pick up other endorsements besides Trump,” said Mike Deaver, a Republican strategist based in Utah. “And that’s kind of his appeal too — he’s so willing to work across the aisles and has relationships in D.C. He has done so many things that originate from Utah that have national consequences.”

Deaver said the top two questions asked of him in recent months have been about Salt Lake City’s chances of hosting the 2024 RNC convention and whether Reyes is running for Senate.

Greg Smith, a former Trump White House official who also has deep ties to the state, confirmed that there’s support for a Reyes Senate bid.

“He’s been the attorney general for nearly a decade, is charismatic, and has a dynamic background,” Smith said. “Of course people want him to run.”

Burgess Everett contributed to this report.