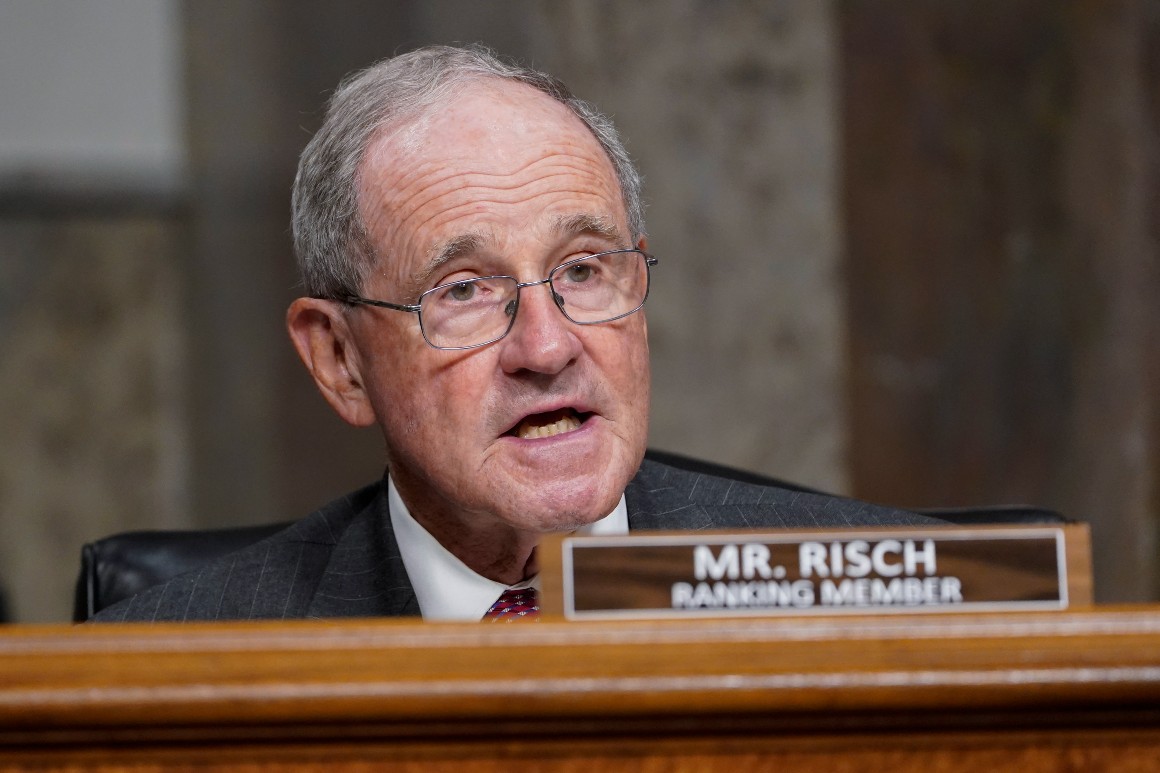 With more than 50 foreign-policy nominations stalling on the Senate floor, Idaho Sen. Jim Risch said he has been “as energetic as I can about getting these [nominations] through” the upper chamber.

But Sens. Ted Cruz (R-Texas) and Josh Hawley (R-Mo.) have moved to slow-walk the confirmation of Biden’s nominees as a protest of his administration’s national-security decisions, frustrating lawmakers from both parties.

“I have been a critic of this since I started on the Foreign Relations Committee,” Risch said during a discussion at the Halifax International Security Forum. “I was a governor. I understand you have to have a team in place in order to govern.”

Without naming Cruz or Hawley, Risch quipped: “They’re not here to defend themselves, so I’m not going to defend them either.” He added that he has been “as energetic as I can about getting these [nominees] through.”

Risch’s remarks underscored the deep frustrations that Biden administration officials as well as close U.S. allies have expressed about the slow confirmation of the president’s diplomats and top State Department officials. But his remarks also highlighted Senate Majority Leader Chuck Schumer’s difficulties in scheduling time on the Senate floor to process the nominations.

“This is a political matter,” Risch said. “We went through the same thing in the Trump administration.”

The Senate’s rules allow any senator to object to swift confirmation of a presidential nominee. While they can’t indefinitely hold up the process, their objections require Schumer to eat up valuable floor time on relatively non-controversial nominees who would typically be approved by the chamber with bipartisan majorities. Senators have traditionally consented to fast-tracking these types of nominations in order to save floor time for more pressing matters.

“If your criticism is, ‘we need more ambassadors out there,’ I couldn’t agree with you more,” Risch said. He noted that Schumer is able to process the nominations but added that “it takes time.”

This week, Hawley lifted his hold on Julianne Smith, Biden’s nominee to be ambassador to the North Atlantic Treaty Organization. (Smith was unanimously confirmed by the Senate later that day.) Cruz, too, has begun to lift some of his holds on Biden’s diplomatic nominees.

Hawley decided to slow down some national security nominations after the messy U.S. withdrawal from Afghanistan, and has since demanded the resignations of Secretary of State Antony Blinken, Defense Secretary Lloyd Austin and other top officials.

But those efforts have also rankled European allies, who have complained that their U.S. counterparts are not yet able to take their posts 10 months into Biden’s presidency.

Sitting alongside Risch at the annual conference here, Sen. Chris Coons (D-Del.), who has been close with Biden for decades, noted with frustration that “this is predominantly the work of one senator,” referring to Cruz. Coons indicated that he has already held several conversations with U.S. allies here about the holdup.