Whether they are based on 10 questions or 144 questions, I can’t resist taking quizzes that supposedly identify one’s political or economic philosophy. 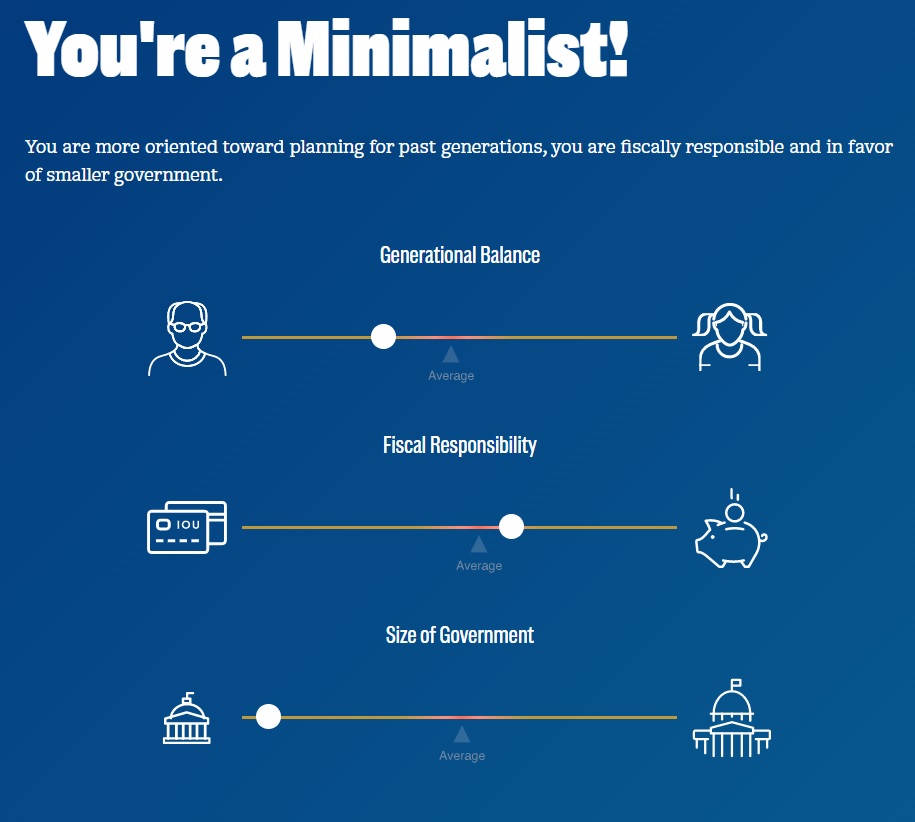 The good news, according to various quizzes, is that I’m 92 percent minarchist and only 6 percent communist.

And, based on the quiz I shared most recently, I’m a “minimalist” who is “in favor of smaller government.”

I certainly won’t argue with those results.

For today’s column, we’re going to look at a quiz on hypothetical political parties that Lee Drutman put together for yesterday’s New York Times. You can click here to take it.

Here are my results. 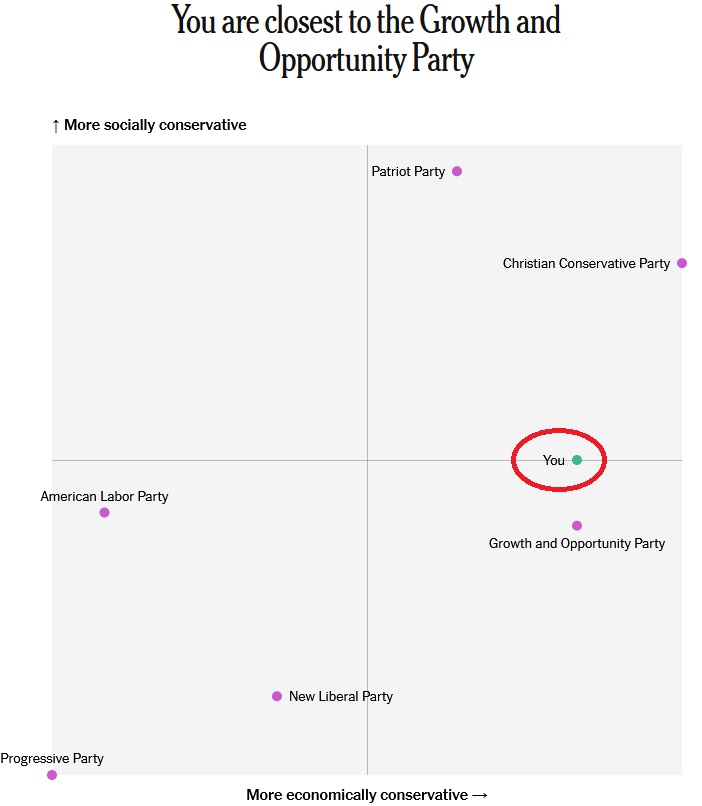 Given the various alternatives, I’m not surprised that I’m part of the “Growth and Opportunity Party.”

But I don’t like this description of this group.

The Growth and Opportunity Party is the socially moderate, pro-business wing of the Republican Party. It is the heir to the old moderate “Rockefeller Republican,” the East Coast wing of the G.O.P. Its potential leaders include Larry Hogan, Charlie Baker, Mitt Romney, John Kasich and Michael Bloomberg. Based on data from the Democracy Fund’s VOTER survey, this party would be the best fit for about 14 percent of the electorate.

My objections are partly historical (I was a “Reaganite” in my youth rather than a big-government “Rockefeller Republican”) and partly based on the politicians listed as political leaders.

I don’t know enough about Larry Hogan and Charlie Baker to have an opinion, but Mitt Romney, John Kasich, and Michael Bloomberg are definitely proponents of bigger government.

I’ll close by grousing about a couple of the questions.

I also wasn’t sure how to answer this next question. Does it mean creating more opportunities to come to the United States, especially for people that are unlikely to become dependent on government handouts? Or does it mean allowing limitless illegal border crossing?

Because the wording was not very clear, I basically punted on these two question.

P.S. For what it’s worth, I think the two best quizzes are the “definitive political orientation test” and the “libertarian purity test.”