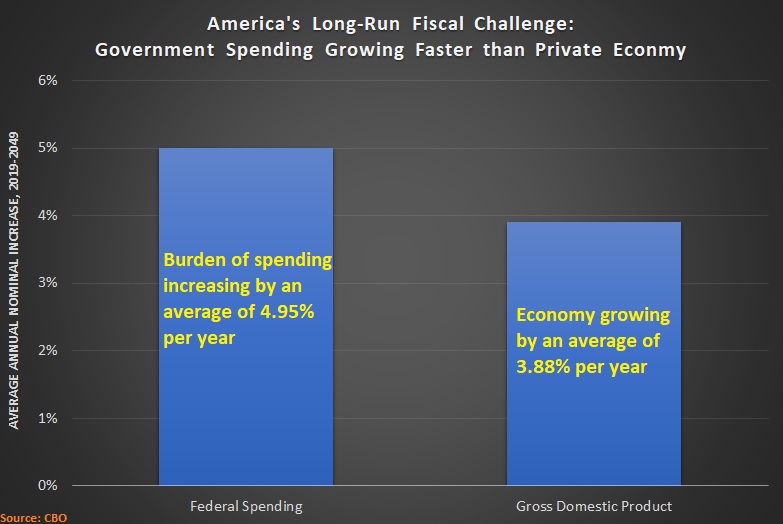 There are many compelling economic arguments against entitlement programs.

Since I’m a libertarian, I also have moral concerns about tax-and-transfer programs.

Today, though, let’s address the big problem of entitlements and demographics, especially with regards to social insurance programs that transfer money from young people to old people (most notably Social Security and Medicare).

But I’ll start by acknowledging that demographics doesn’t have to be a problem. When nations first created such programs, they generally had “population pyramids” featuring a few old people, lots of working-age people (i.e., taxpayers), and then an even greater number of children (future workers and taxpayers).

As illustrated by this image, entitlement programs can be sustainable with that type of demographic profile. 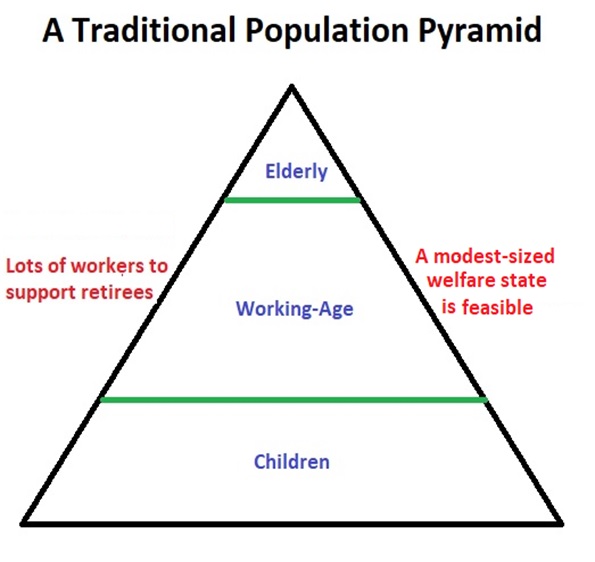 But there’s been a big shift in demographics in developed nations.

And this creates major challenges for entitlement programs because instead of there being many workers supporting just a few retirees, you wind up with “old-age dependency ratios” that require very onerous tax burdens (or very high levels of government borrowing).

I’ve already written how this is a big problem for the United States.

Indeed, I periodically cite long-run forecasts from the Congressional Budget Office to warn about the worrisome fiscal implications.

And I’ve also noted that Japan is in serious trouble.

Today, let’s look at some recent data to show that Europe is another part of the world where this problem is acute.

The European Commission published its 2021 Ageing Report late last year and there are three visuals that deserve attention.

First, here’s a look at the European Union’s population cylinder (or maybe an upside-down pyramid). 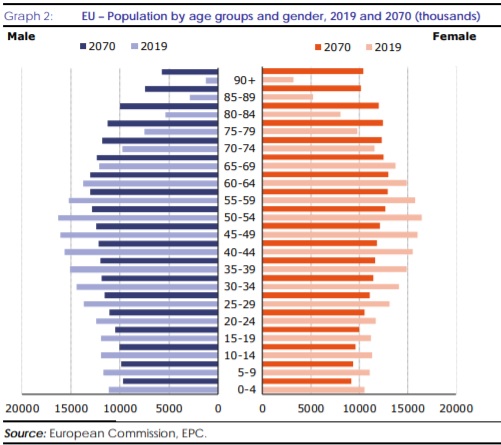 At the bottom of the table, I’ve circled in red the averages for the eurozone (nations using the single currency) and the entire European Union. From the perspective of fiscal policy, these are horrific numbers. 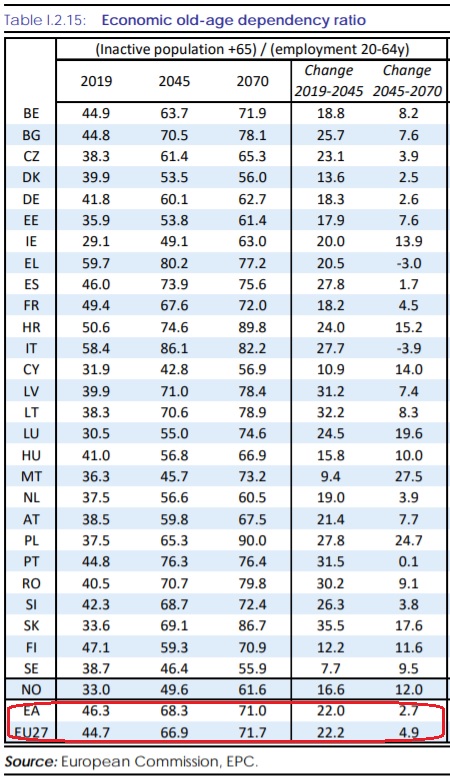 But there are numbers that are even worse.

Our final visual is a table showing the economic dependency ratio, which the European Commission defines as “… the ratio between the total inactive population and employment. It gives a measure of the average number of individuals that each employed person ‘supports’ economically.”

Once again, I’ve circled the averages at the bottom of the table. 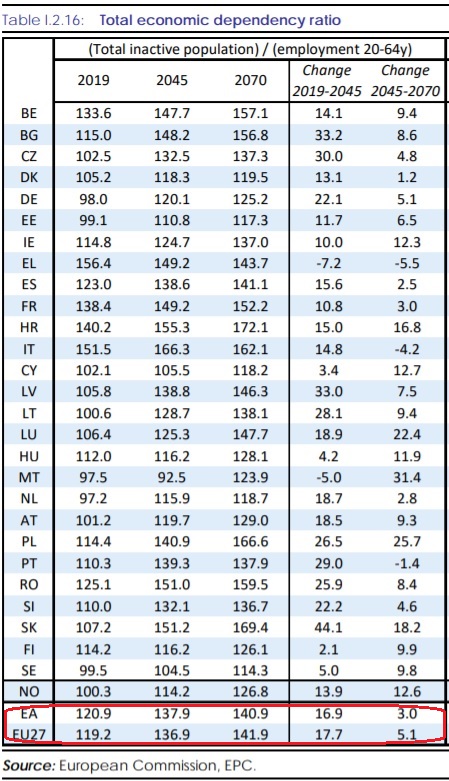 The bottom line is that most European nations already have a stifling fiscal burden, yet it’s all but certain that there will be even higher taxes and more government spending in the near future.

Which means more economic stagnation for Europe (and those of us in America face that possibility as well).

At the risk of stating the obvious, there is a solution to both Europe’s woes and America’s woes. Simply stated, there needs to be genuine entitlement reform.

That means “pre-funding,” which is the jargon for mandatory private savings, presumably augmented by some form of safety net.

Singapore is probably the world’s leading example for mandatory savings, while Australia, Denmark, Chile, Switzerland, Hong Kong, Netherlands, Faroe Islands, and Sweden are a few of the many other jurisdictions that have fully or partially shifted to systems based on real savings.