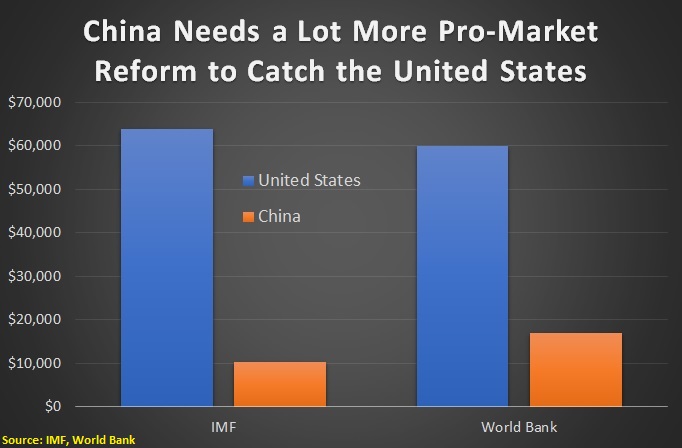 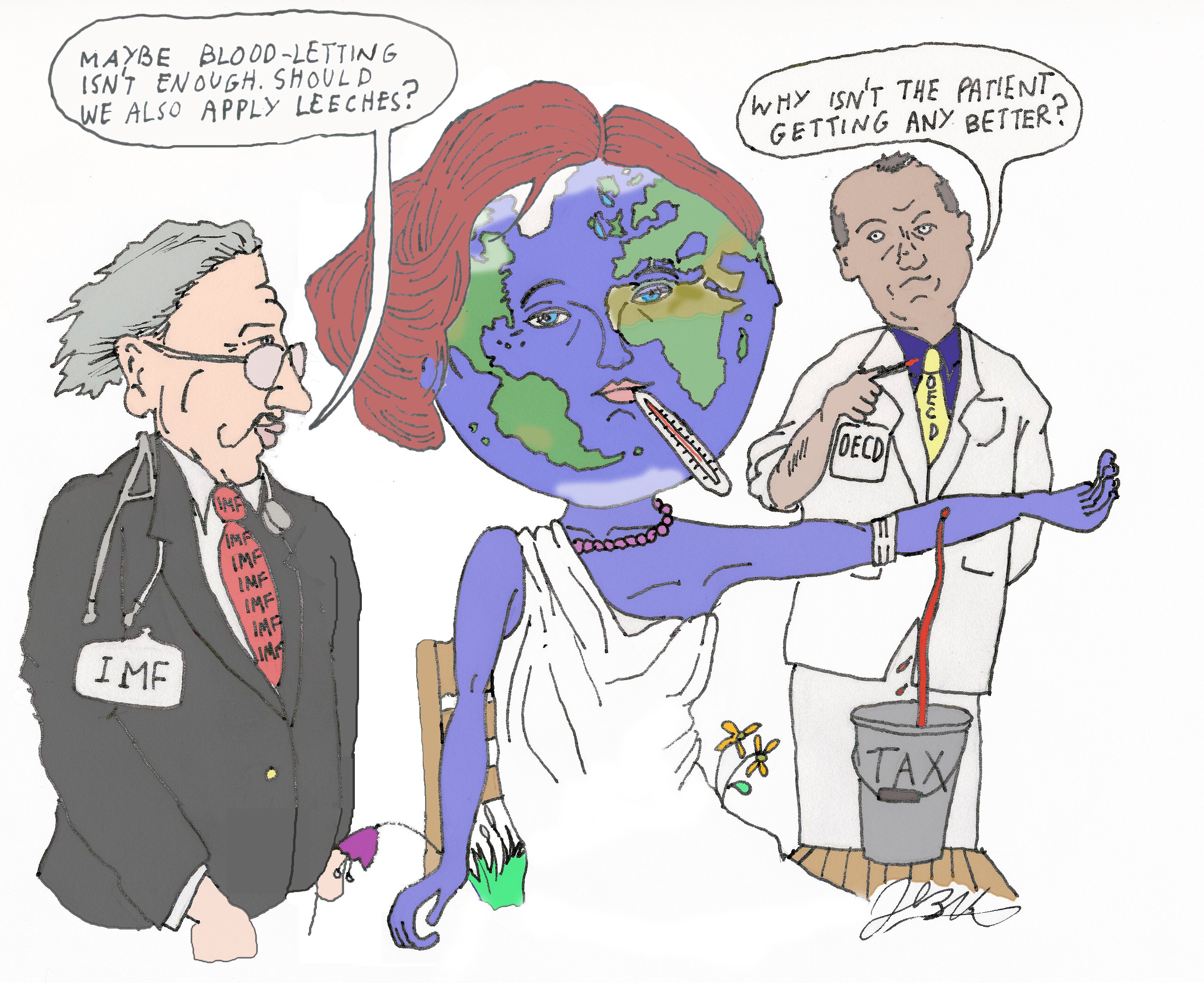 I have mixed feelings about China’s economic policies.

During the 1950s, 1960s, and 1970s, China was horrifically impoverished because of socialist policies. According to the Maddison database, the country was actually poorer under communism than it was 1,000 years ago.

But there was then a bit of economic liberalization starting in 1979. As a result, there’s been a significant increase in living standards and a huge reduction in poverty.

That’s the good news. And I sometimes use China’s post-1979 growth as an example of how even a modest bit of pro-market reform

The bad news, though, is that China is still a relatively poor nation. Living standards are not only far below American levels, but per-capita economic output is also much lower than the levels in other East Asian nations.

Why hasn’t China caught up?

In part, it takes time for poorer nations to economically converge with richer nations.

But the bigger problem is that convergence is not going to happen unless China engages in a lot more economic reform. 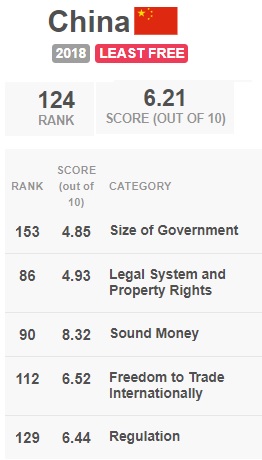 According to the most-recent edition of the Fraser Institute’s Economic Freedom of the World, China is in the bottom quartile, ranked #124 out of 162 nations.

If you look at the the details of China’s score, you’ll notice that it does poorly in all areas. But the nation’s lowest score is for fiscal policy (“size of government”).

So if the goal is to help China converge, the obvious place to start is by shrinking the size and scope of government.

But not according to the bureaucrats at the International Monetary Fund.

In a recent report, the IMF actually advised China to move fiscal policy even further to the left.

I’m not joking. Here are the relevant excerpts.

A combination of a permanent strengthening of the social safety net with reforms to broaden the tax base and increase progressivity would provide effective household support.

This would include: Expanding significantly the coverage of unemployment insurance… These efforts would be more effective if complemented with hiring subsidies and programs. …there remains ample scope to further increase transfers… Tax reforms could help improve the progressivity of the tax system as well as meet additional financing needs to permanently expand the social safety net.

This is so misguided, I’m at a loss for words.

But fortunately, I don’t need to be locquacious because Mihai Macovei already wrote an excellent article, critiquing the IMF’s statist approach, for the Mises Institute.

The IMF argues…that a “reliable and effective social safety system” and a “reduction of the high household savings rate” would rebalance and make “resilient” China’s growth model. But why would high saving and low consumption impede sustainable growth? Both sound economic theory and historic experience refute the mainstream’s claim that China needs a big welfare state like those of modern Western economies in order to get richer.

…China’s social safety nets are much less generous than in advanced economies, in particular in terms of unemployment benefits and pension income… The fact that China has not built a highly redistributive welfare system like in most advanced economies is illustrated primarily by the very limited role played by the personal income tax (PIT) in income redistribution. …Only people in the top income quintile are effectively paying an income tax… As a result, the Chinese budget collects only 1.2 percent of GDP from PIT, compared to more than 10 percent of GDP in the US. …All this prompts the IMF…to call China’s taxation system “regressive” and to call for more progressive income taxation and redistribution. …In reality, China’s lighter taxation system reduces less people’s incentives to work and save compared to other economies. At the same time, less welfare redistribution ensures higher workforce participation and less waste relative to the oversized and increasingly unsustainable social safety nets in modern advanced economies. …the mainstream criticism of China’s high savings propensity, lean welfare system, and reduced progressivity of taxation seems utterly misplaced.

Mihai is obviously very polite. I would use all sorts of bad words to describe the IMF’s recommendations, but he simply observes that the bureaucracy’s approach is “utterly misplaced.”

To be fair, not everything in the report is nonsense. The IMF is correctly skeptical of China’s industrial policy, and the bureaucrats also understand that protectionism is economically foolish.

But they have a blind spot on fiscal policy, perhaps because IMF bureaucrats get lavish, tax-free salaries and thus have no way of understanding the real-world impact of punitive laws.

Though at least you can give the IMF credit for consistency. The bureaucrats also pushed for higher taxes and bigger government in China in 2015 and 2018.

As you might expect, I take the opposite approach and always urge pro-market reforms for the country.

P.P.S. The Organization for Economic Cooperation and Development is another international bureaucracy advocating for bad fiscal policy in China.