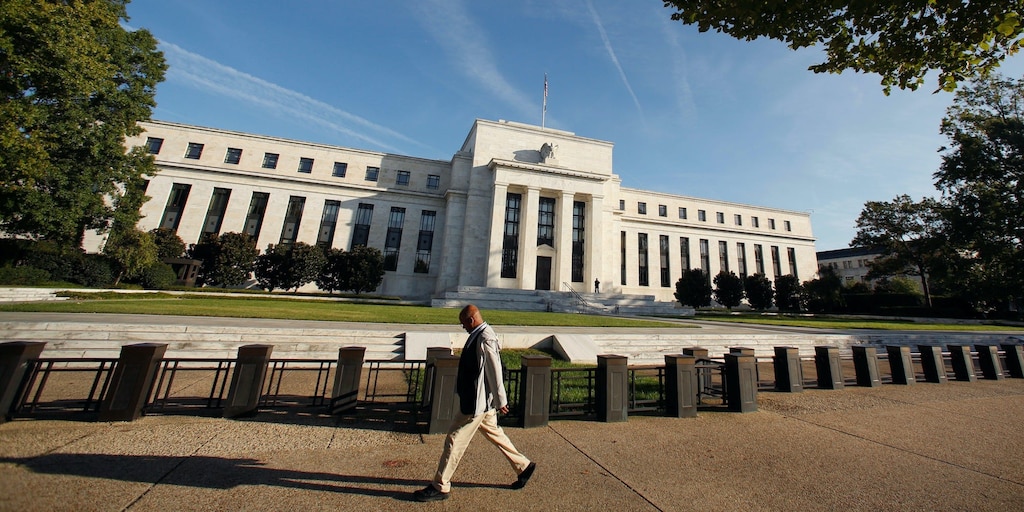 The central bank boosted credit markets through the coronavirus pandemic after announcing its historic move into corporate-debt assets. Purchases of corporate-bond ETFs through the Secondary Market Corporate Credit Facility began on May 12. In the facility’s first six days of operation, the Fed bought up $1.3 billion worth of ETFs over 158 transactions.

Here are the Fed’s top five ETF holdings after its first week of purchases:

Read more: Famed economist David Rosenberg says investors are falling into a classic market trap that’s historically preceded a further meltdown — and warns ‘there’s not going to be much of a recovery’

A separate release showed the Fed holding nearly $3 billion in ETFs as of Wednesday. The central bank has indicated it would purchase up to $250 billion in outstanding debt and $500 billion in new bonds throughout the lifetime of its relief programs.

The top three most-bought ETFs accounted for the majority of the Fed’s purchases over the week.

Roughly $223 million was allocated to high-yield bond ETFs over the period. The Fed’s move into junk-rated credit initially rankled some experts and fueled concerns that the central bank could encourage risk-taking amid the soured economic backdrop.

The Fed is working alongside asset-management giant BlackRock to facilitate its purchases. Eight of the 15 ETFs purchased through May 18 were BlackRock vehicles. Trader commissions from such trades reached $125,861.73, according to Fed data.

The central bank plans to open its remaining lending programs, including one for directly purchasing corporate bonds, before June.