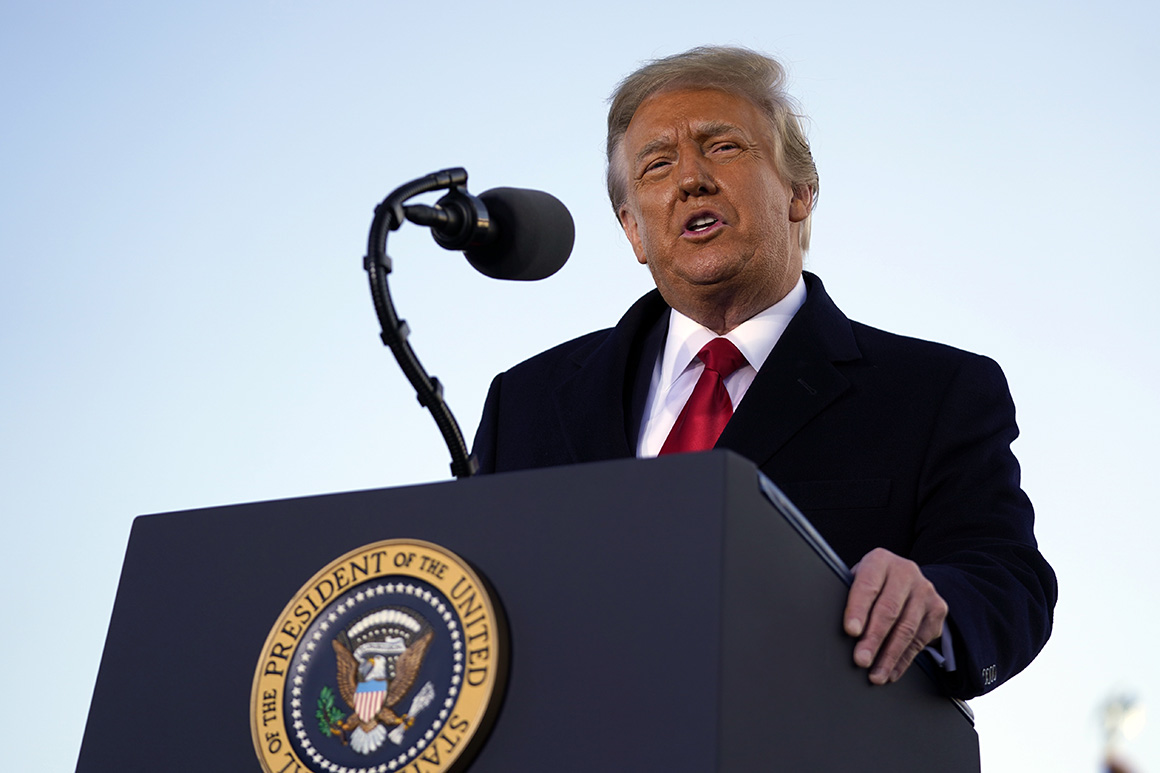 The Supreme Court has effectively shut down two lawsuits alleging that former President Donald Trump was violating the Constitution by profiting from his public office, the court said Monday.

The announcement may indicate that the justices are looking to put the Trump era behind them and are not eager to wade into disputes about his personal or business affairs.

The outcome in the cases also signals how ineffective the courts proved to be in policing Trump’s alleged violations of the emoluments clauses, which prohibit any president from receiving funds related to their official duties from any foreign or state government.

One of the suits, brought by the group Citizens for Responsibility and Ethics in Washington, along with New York area restaurant owners and workers, was filed days after Trump took office in 2017. The other was filed in June of that year by the attorneys general of the District of Columbia and Maryland.

After more than three years in the courts, neither case had reached a fact-finding stage.

Formally, the justices’ decision Monday declared the two suits moot — apparently due to Trump leaving office last week. The high court also wiped out rulings that federal appeals courts in New York and Virginia had issued saying the suits could proceed to discovery.

The Supreme Court did not offer a detailed explanation of its rationale. No justice recorded any dissent. The action was announced as part of a routine orders list the court issued Monday morning.

Last October, the justices turned down review of another suit focused on Trump’s alleged profits from his presidency. That suit, brought by Democratic Senators and House members, was turned aside by a federal appeals court on standing grounds.

One strand of the D.C. and Maryland suit remains pending before the 4th Circuit Court of Appeals in Richmond, Va., but the attorneys general filed a motion on Friday seeking to dismiss that appeal because Trump is no longer in office.