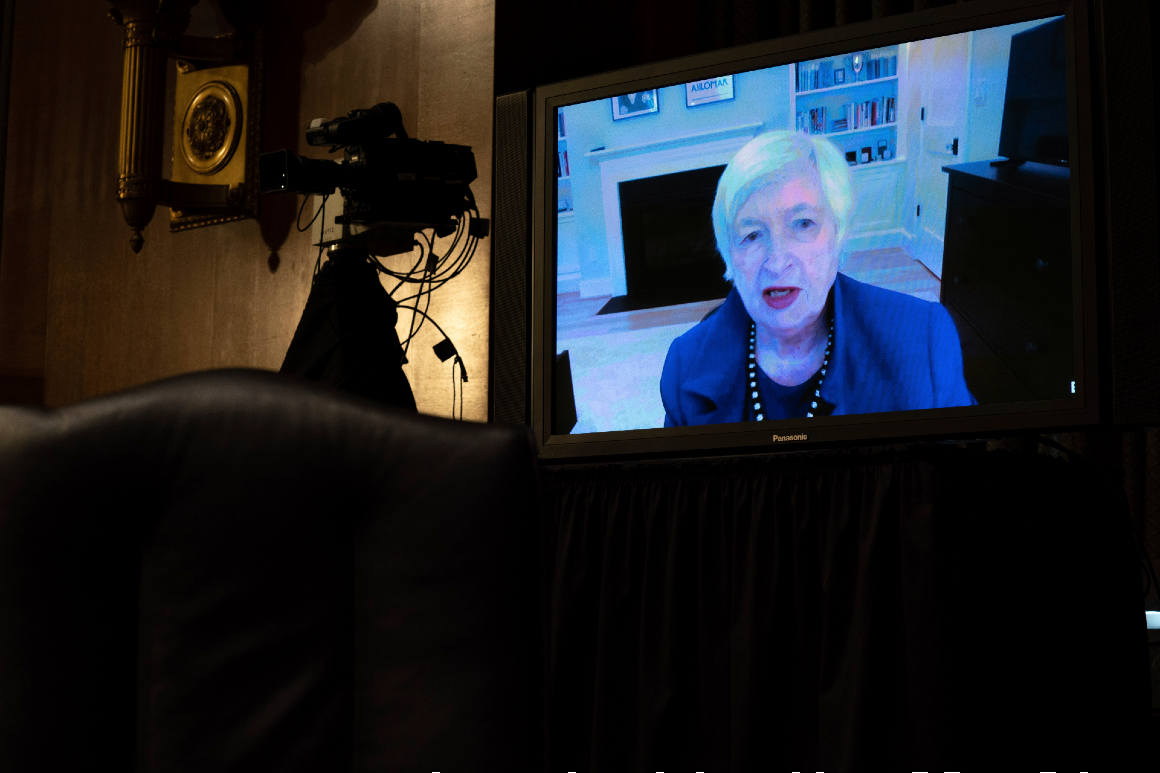 The Senate on Monday voted overwhelmingly to confirm Janet Yellen as Treasury secretary, putting her in a pivotal role to shepherd the flagging economic recovery as the coronavirus pandemic continues to take its toll on the country.

Yellen’s first task will be to work with Congress to advance President Joe Biden’s plan for a new $1.9 trillion economic-stimulus package, amid concerns among some lawmakers about the growing debt.

Sen. Ron Wyden (D-Ore.), speaking in favor of her appointment on the Senate floor, said Yellen understands the need to boost the economy until the emergency is over and praised her as “a proven economic policymaker” for her time at the Federal Reserve, which she chaired from 2014 to 2018.

“Nobody deserves more credit than Chair Yellen for the longest economic expansion in American history,” said Wyden, set to head the Senate Finance Committee, which voted unanimously on Friday to advance her nomination.

The full Senate vote was 84 to 15, making Yellen the first woman to head the Treasury. She received support from most Republicans, including Minority Leader Mitch McConnell.

“I have very strong disagreements with Dr. Yellen on a number of her positions, particularly in the tax policy arena, but she has committed to us that she will work with us on these issues and the concerns that we have," Sen. Mike Crapo (R-Idaho) said on Friday, after voting for her in committee. "I think the strong vote on our side to support her today is an indication that we want to engage.”

The Treasury chief wields expansive influence across the government, with a key role in shaping the administration’s stance on taxes, the economy and financial regulation, while also serving as an international diplomat with a hand in trade negotiations and sanctions policy.

But the immediate focus will be on stemming the economic pain of the pandemic, which has taken the lives of more than 400,000 Americans and forced the shutdown of businesses across the country.

“The pandemic has caused widespread devastation,” Yellen told the committee at her hearing. “Whole industries have paused their work. Eighteen million unemployment insurance claims are being paid every week. Food bank shelves are going empty. The damage has been sweeping, and as the President-elect said last Thursday, our response must be, too.”

She suggested last week that the Biden administration will wait until the economy is stronger before pushing tax increases on wealthier Americans and corporations. Yellen said the administration would move to raise taxes for other things, such as a plan to increase infrastructure spending, that would come after the coronavirus relief legislation.

Meanwhile, the administration will have to chart a course on dealing with China; President Donald Trump left office with tariffs still in place on more than $350 billion worth of Chinese goods, as well as duties on steel and aluminum imports that were implemented through his national security authorities.

Yellen told the senators that the Biden administration would use all available tools to confront unfair Chinese trade practices but stopped short of endorsing Trump’s tariff tactics.

She is also under pressure from the left to focus on the interconnections between the financial system and climate change. Yellen said she plans to start a new Treasury “hub” that would examine financial system risks arising from climate change and on related tax policy incentives. She intends to appoint a “very senior-level” official to lead climate efforts.

In written answers to senators released Thursday, Yellen endorsed the idea of a higher minimum wage, a position strongly backed by the left.