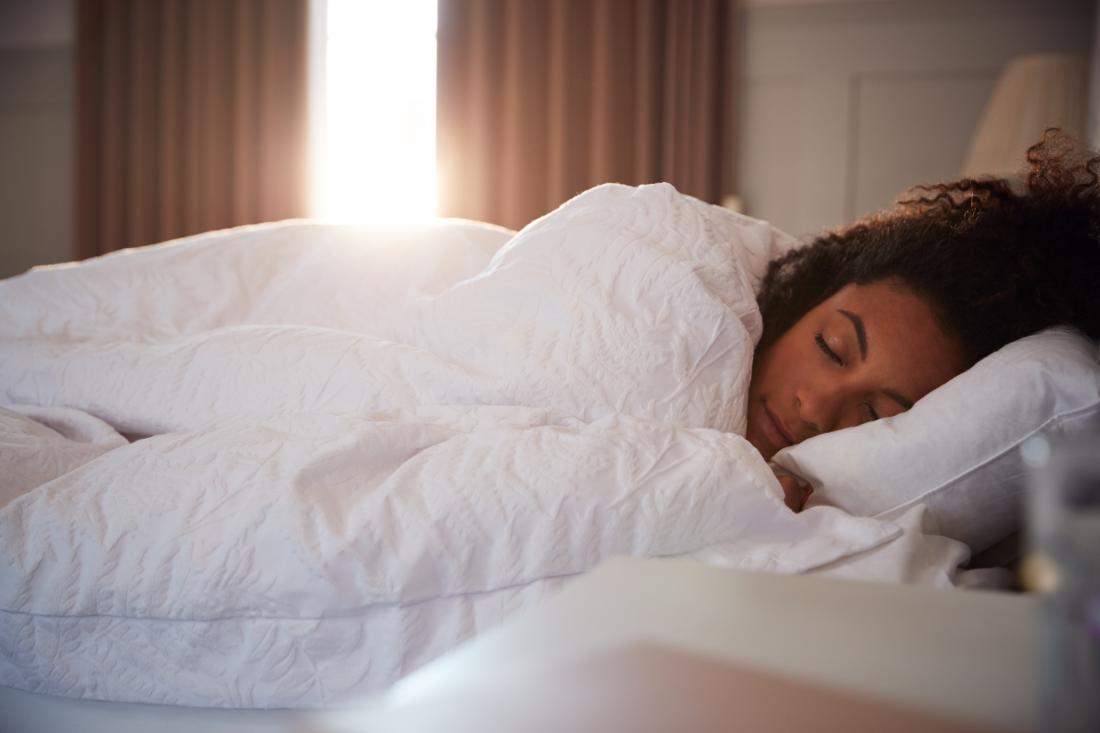 New research sheds light on the cognitive processes that occur in the brain as we sleep.

In dreams, fragments of reality, imagination, and memory intermingle in timeline-agnostic narratives that make little sense upon waking.

It seems to have something to do with memory reshuffling, and, indeed, studying before sleep is said to be a good way to retain information.

When people choose to “sleep on” a difficult decision, it is because they know that there is a chance that they will wake up with a clearer view of the problem.

Now, for the first time, researchers have been able to trigger problem-solving sleep.

A summary of their findings appears in the October issue of Psychological Science.

“We know that people rehearse or ‘consolidate’ memories during sleep, strengthening and reorganizing them,” says first author of the study Kristin Sanders, of the department of psychology at Northwestern University, in Evanston, IL.

The hypothesis investigated in Sanders’ study began with a recognition that solving a difficult problem — and creative thinking in general — can be a function of constructing new combinations of known elements in search of a previously undiscovered arrangement that reveals a solution.

Sanders and colleagues wondered if there could be a problem-solving strategy similar to the reorganization of memory during sleep.

To test their suspicion, the researchers needed a way to direct sleepers’ brains toward specific problems without waking them.

Fortunately, says Sanders, previous research has shown that “this natural process can be boosted by playing sounds associated with the information being rehearsed.”

“Problem-solving is part of everyone’s daily life. While we use tricky puzzles in our study, the underlying cognitive processes could relate to solving any problem on which someone is stuck or blocked by an incorrect approach.”

The researchers sought to learn whether 57 participants could solve puzzles as they slept. So, the team presented the participants with an assortment of brainteasers in the evening before bed.

Each puzzle was accompanied by, and thus associated with, a unique sound. Participants went to sleep, with some of their puzzles remaining unsolved.

As each participant slept, the researchers played the sounds for half of the person’s unsolved puzzles a level loud enough to be heard without causing an interruption in sleep.

The idea was to call those puzzles to the attention of the sleeping mind for further exploration.

In the morning, having “slept on” their remaining brainteasers, the refreshed participants were able to work through more of them. They were able to solve 31.7% of the puzzles invoked by sounds during sleep — a 55% improvement over the 20.5% of uncued puzzles that they could solve.

The study demonstrates for the first time that sleep can be manipulated to direct its unique talent for problem-solving toward the finding of solutions that prove elusive while awake.

The researchers’ technique may apply to any problem about which a person has all the necessary information without being able to arrive at a solution.

Senior author of the study Prof. Mark Beeman says, “For example, no matter how much sleep I get, I’m not going to suddenly figure out black holes or find a cure for a rare disease because I don’t have the necessary background knowledge.”

Nonetheless, he says, “This study provides yet more evidence that brain processing during sleep is helpful to daytime cognition.”

Sanders and colleagues conclude in their paper:

“Overall, these results demonstrate that cueing puzzle information during sleep can facilitate solving, thus supporting sleep’s role in problem incubation and establishing a new technique to advance understanding of problem-solving and sleep cognition.”

What’s The Best Thing About Parenting Your Child With A Disability?
Exercising before breakfast may be most healthful choice