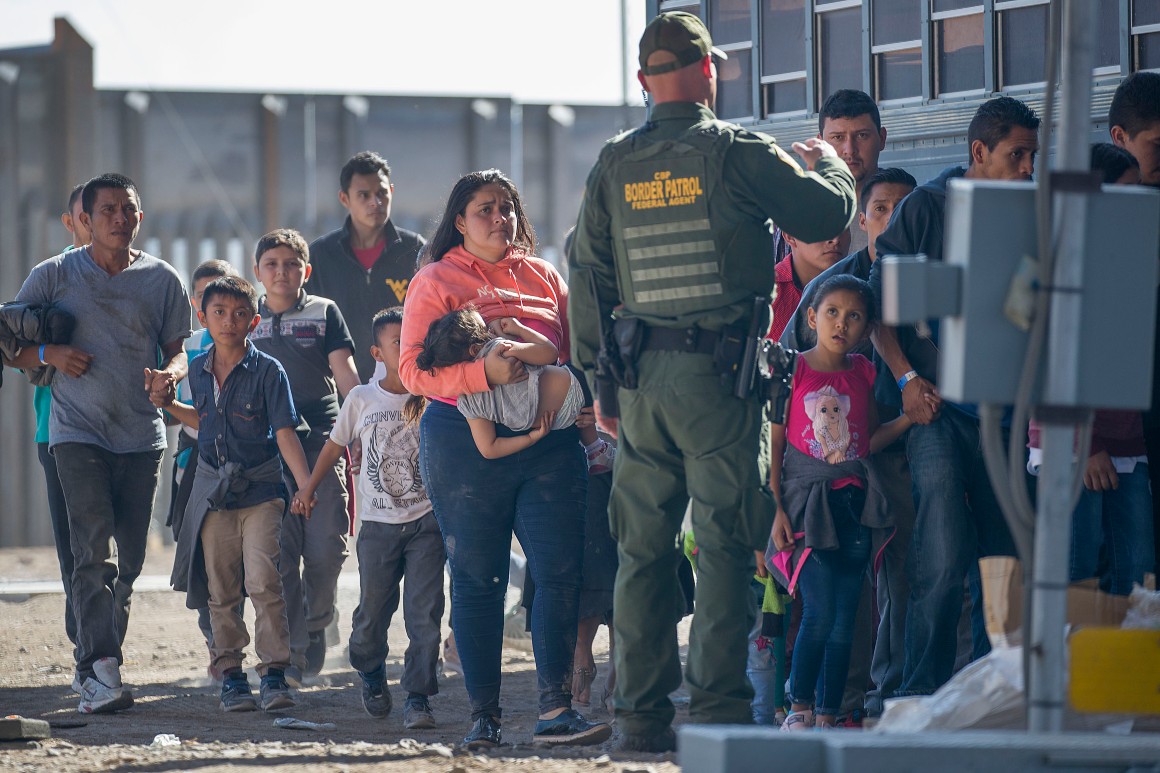 Democrats in Texas and other states where immigration has been a lightning rod issue are growing increasingly uneasy that the White House is walking into a political buzzsaw in its zeal to unwind hardline Trump administration policies.

Biden has not yet implemented expansive policy changes. The vast majority of migrants arriving at the U.S.-Mexico border are still being turned away. Deportations are still taking place and there’s still no pathway to citizenship for undocumented immigrants.

But the softer rhetoric and modest changes announced so far by the Biden administration — such as admitting some migrants who have waited in Mexico for months and announcing he would halt deportations — raise the prospects of a new influx of migrants entering the country. There’s already an uptick in migrants heading to the border and some have crossed and been released in some communities already grappling with the pandemic, a strained healthcare system and high unemployment.

With the White House and Congress set to release a broad immigration reform bill Thursday, some lawmakers fear the party’s messaging and policy proposals are too much, too soon.

“The way we’re doing it right now is catastrophic and is a recipe for disaster in the middle of a pandemic,” said Rep. Vicente Gonzalez, one of the three Texas Democrats who represents part of the border most affected by spikes in migrant arrests and arrivals.

“Our party should be concerned. If we go off the rails, it’s going to be bad for us,” Gonzalez said. “Biden is going to be dealing with a minority in Congress if he continues down some of these paths.”

The worries are most acute along the Texas-Mexico border, which is ground zero for the decades-long immigration debate. It’s also an increasingly contested battleground where Republicans are targeting three Democratic House incumbents who represent border districts.

Lawmakers there warn that the Biden administration isn’t going to stop a large number of migrants from entering the country simply by saying “now is not the time to come” — a repeated message in recent weeks — while they roll back former President Donald Trump’s policies. And any perceived crisis at the border could ultimately cost those Democrats’ their seats in 2022.

Texas Rep. Henry Cuellar said he’s been raising concerns since before Election Day that sudden moves reversing Trump’s approach would result in an increased number of migrants at the border.

“I said: ‘Hey, we don’t want the wall but when it comes to the other issues we gotta be careful that we don’t give the impression that we have open borders’ because otherwise the numbers are going to start going up. And surely enough, we’re starting to see numbers go up,” said Cuellar.

Cuellar, Gonzalez and fellow Texas Rep. Filemón Vela all agree with the goals of Biden’s vision to create a “fair and humane” immigration system. But each of them represents a district where Trump saw an unexpected surge in support in the November election, giving Republicans hope they could build support among Latino and rural voters in the region while also supporting restrictive immigration measures.

The political anxiety surrounding the topic resonates well beyond Texas, even if immigration no longer rates as a front-burner issue in many of those places. In a recent Morning Consult poll of the popularity of Biden’s executive actions, the immigration-oriented actions tended to be the least popular.

The first sign surfaced in the Senate earlier this month when eight Democrats — including both senators from Arizona and Michigan — voted to deny stimulus checks to undocumented immigrants.

“Michigan is a purply state and people are going to be concerned about moving too fast when it relates to immigration,” said Brandon Dillon, former chair of the Michigan Democratic Party, who stressed that he was not commenting specifically on the votes of the state’s two Democratic senators, Gary Peters and Debbie Stabenow.

“If you get into more blue-collar counties — Genesee, Saginaw, Monroe — immigration is more of an issue, but it’s not that hot of a topic right now,” he said. “Once Covid goes away, if the economy is still struggling, then the ability for folks to exploit the immigration issue is going to be stronger, allowing people to draw a straight line between immigration and jobs. Right now it’s not there.”

In Arizona, there’s a feeling that reform needs to happen in a measured way, said Roy Herrera, an adviser to Arizona Sen. Mark Kelly and a lawyer who represented Biden’s campaign in the state.

“While there’s some concern, most Arizonans know they have two senators who want a solution to the immigration problem that is balanced,” Herrera said. “They want to provide some relief to folks who are undocumented but they also want a secure border so that there’s not an increase and flood of migrants we can’t handle.”

In North Carolina, a state with a growing Hispanic population where Democrats are focusing on winning an open Senate seat in 2022, they’re not talking about the “lightning rod of an issue” — at least not yet — said Morgan Jackson, a longtime adviser to the state’s Democratic governor, Roy Cooper.

Jackson said the key for Democrats is to steer a middle course that includes border security.

“Most Democrats will tell you there has to be border security and strengthening as part of any package, and the folks who disagree with that are more of a minority in the party,” he said. “So it’s not some open border policy … And it’s important to remember that it is the social issue — the cultural issue, the wedge issue — for Republicans. They don’t want this fixed because it has been an effective arrow for them.”

Republicans are already attempting to capitalize on Biden’s recent announcements on immigration, calling it an embrace of “open borders” and “blanket amnesty.”

“In a nation where everything seems closed, our border is now open,” they wrote in a letter.

The entire debate is a delicate balancing act for Democrats because the activist base wants big, bold action on immigration — even though that might not sit well with swing and moderate voters, and even Hispanic voters, according to Herrera.

“A lot of the Democratic-leaning groups still have not figured out how to talk to Latinos in that the overwhelmingly progressive messaging is not that effective,” he said. “So, yes, immigration is important, but the focus for them is on jobs, the economy, the raise I got at work, the cost of health care and if I can take a loan out for my business.”

In Florida, a major destination for migrants from throughout the Caribbean and Latin America, Democrats are also watching warily how the party handles the policy and the debate.

One top consultant for a Democratic congressman, who spoke on condition of anonymity to sum up a prevailing concern among moderates in the House caucus, said that “we don’t want the far left to hijack the agenda. The breaking point is definitely at what point we give aid to the undocumented, whether we’re creating a magnet for an influx of people without the infrastructure and whether we start talking about ‘Abolish ICE.’”

So far, the Biden administration is taking a calculated approach — balancing the need to show immigrant advocates and progressives that he’s serious about overhauling the U.S. immigration system, while allowing experienced officials to figure out the best policy moves. It’s a blueprint that reflects the party’s razor-thin minorities in the House and Senate.

U.S. officials, lawmakers and advocates have anticipated increased migration to the border for months — not just if Biden became president, but as a result of several crises in the region. Two hurricanes slammed Central America, while Latin American countries’ economies have already been crippled by the pandemic. Meanwhile, longstanding concerns of violence and corruption persist in El Salvador, Guatemala and Honduras.

“The hand that has been dealt to this administration on so many fronts is extremely difficult,” said Tom Jawetz, vice president of immigration policy at the Center for American Progress.

Colin Strother, a veteran Texas Democratic consultant who has advised Cuellar and a host of local, state and federal candidates, said the policy concerns of local leaders need to be heeded, as do the political concerns of candidates who want to win.

“One of the things we have battled in a lot of campaigns is the ad hominem attack of Democrats being for ‘open borders,’ and so as a political professional who tries to win tough races in purple and red areas like Texas, my concern is we’re becoming the stereotype,” he said, pointing to the city of Laredo, Texas, which is seeing a surge in coronavirus cases and tough economic times.

“Right now, the phrase ‘we’ve got to take care of our own’ has a special resonance right now because of the pandemic,” Strother said. “If Washington does anything to change how many people come in, it needs to send tens of millions of dollars.”