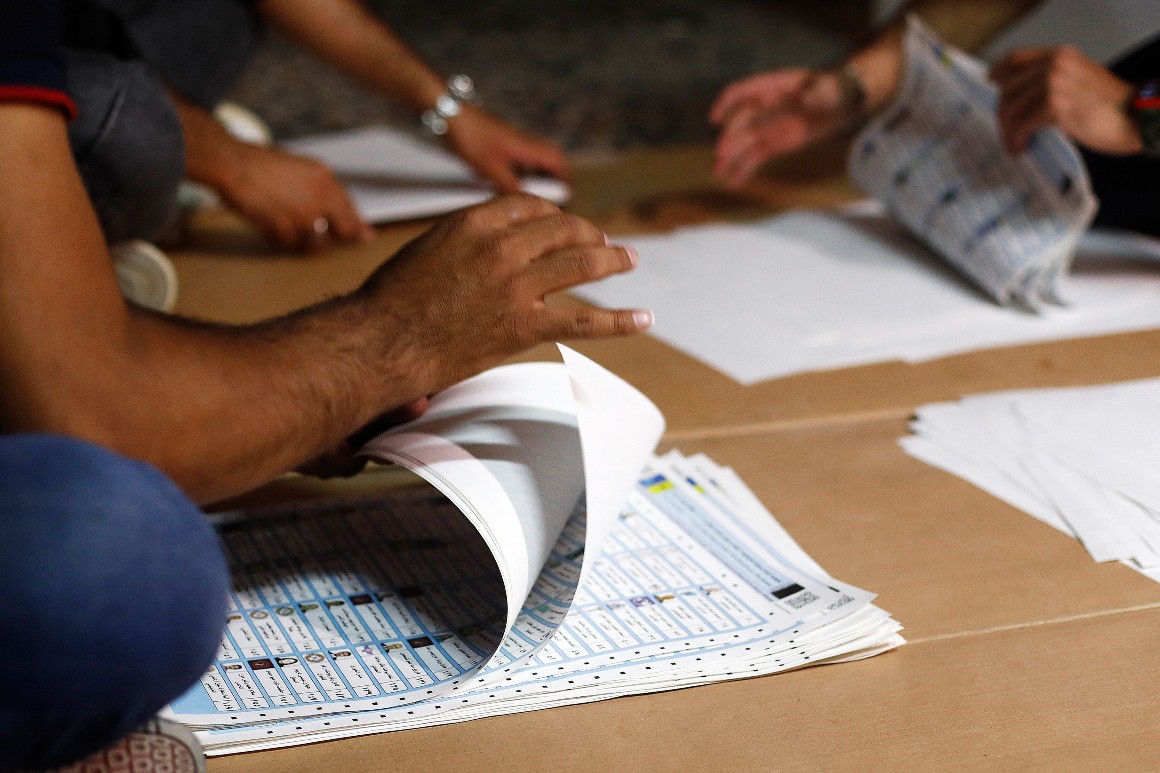 BAGHDAD — An alliance of Iraqi candidates representing Shiite militias supported by neighboring Iran has emerged as the biggest loser in the country’s national elections, according to partial results released Monday.

The results, posted online successively, also showed the bloc of Iraq’s populist Shiite cleric Muqtada al-Sadr maintaining the most seats in parliament, leading in several of Iraq’s 18 provinces, including the capital Baghdad. Al-Sadr, a maverick leader remembered for leading an insurgency against U.S. forces after the 2003 invasion, appeared to have increased his movement’s seats in the 329-member parliament from 54 in 2018 to more than 70.

With 94% of the ballot boxes counted, none of the competing political blocs appeared on track to win a majority in parliament and consequently name a prime minister. But as the results stand, al-Sadr’s bloc will be able to take a leading role in the political horse-trading to find a compromise candidate and set the political agenda for the next four years.

Al-Sadr’s candidates beat out Iran’s favored candidates from the Fatah Alliance to come out first, according to preliminary results. The Fatah Alliance, led by paramilitary leader Hadi al-Ameri, is made up of parties and affiliated with the Popular Mobilization Forces, an umbrella group of mostly pro-Iran Shiite militias. The alliance rose to prominence during the war against the Sunni extremist Islamic State group. It includes some of the most hard-line Iran-backed factions, such as the Asaib Ahl al-Haq militia.

It was not immediately clear Monday how many seats the Fatah Alliance lost, from the 48 they got in 2018.

Voter turnout was 41%, a record low in the post-Saddam Hussein era signaling widespread distrust of the country’s leaders and the vote for a new parliament. That’s down from 44% in the 2018 elections, which was an all-time low.

The weekend’s election was held months ahead of schedule as a concession to a youth-led popular uprising against corruption and mismanagement. But the vote was marred by widespread apathy and a boycott by many of the same young activists who thronged the streets of Baghdad and Iraq’s southern provinces in late 2019, calling for sweeping reforms and new elections.

Tens of thousands of people protested in late 2019 and early 2020, and were met by security forces firing live ammunition and tear gas. More than 600 people were killed and thousands injured within just a few months.

Although authorities gave in and called the early elections, the death toll and the heavy-handed crackdown — as well as a string of targeted assassinations and attempted killings — prompted many protesters to later call for a boycott of the vote.

Many of the young activists who took part in the 2019 protests also raged against Iran’s heavy-handed influence in Iraqi politics, including armed militias who rival the state’s authority. Many blamed the militias for taking part with security forces in brutally suppressing the protests, possibly playing a role in Fatah’s poor showing.

Al-Sadr, a black-turbaned nationalist leader, is also close to Iran, but publicly rejects its political influence.

The election was the sixth held since the fall of Saddam Hussein after the U.S.-led invasion of Iraq in 2003. Many were skeptical that independent candidates from the protest movement stood a chance against well-entrenched parties and politicians, many of them backed by powerful armed militias.

Preliminary results showed several independent candidates getting into parliament, although the number of seats was not immediately known.

There was a marked reluctance among young Iraqis — the country’s largest demographic — to get out and vote. Many expressed views that the system is immune to reform and that the election would only bring back the same faces and parties responsible for the corruption and mismanagement that has plagued Iraq for decades. The problems have left the country with crumbling infrastructure, growing poverty and rising unemployment rates.

Under Iraq’s laws, the party that wins the most seats gets to choose the country’s next prime minister, but it’s unlikely any of the competing coalitions can secure a clear majority. That will require a lengthy process involving backroom negotiations to select a consensus prime minister and agree on a new coalition government.

Prime Minister Mustafa al-Kadhimi has played a key role as a mediator in the region’s crises, particularly between regional rivals Iran and Saudi Arabia. Many in the region and beyond will be watching to see if he will secure a second term.

The new parliament will also elect Iraq’s next president.