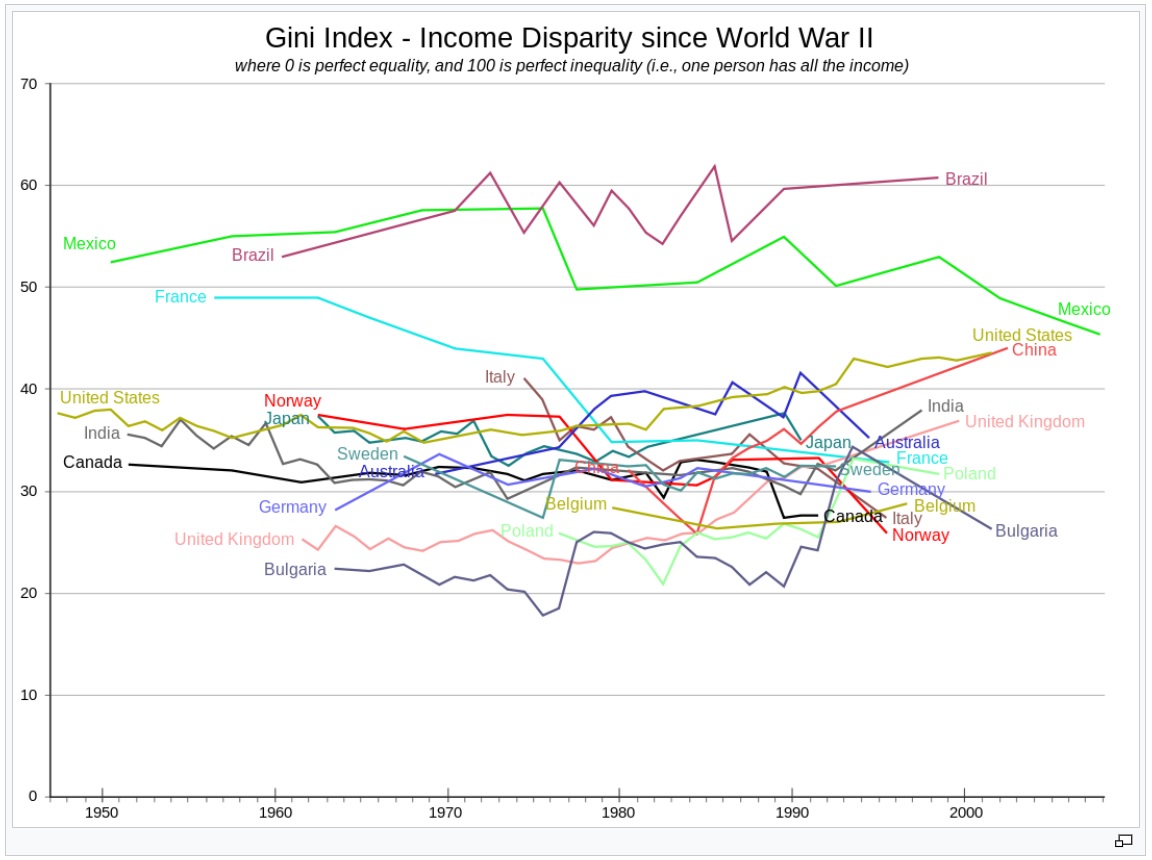 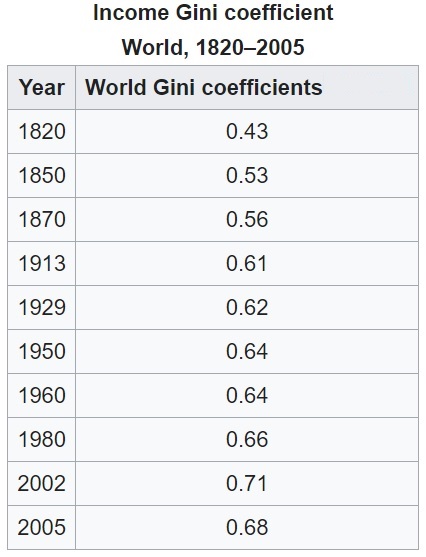 Ethical people, regardless of ideology, should be motivated by an empathetic desire to help the poor rather than a spiteful thirst to punish the rich.

That was the message in Part I and Part II of this series. That’s also today’s message, and we’ll start with this video.

There’s a lot of information in this video, broken down into five thematic points.

For today’s column, let’s focus on item #3 and I want to specifically take this opportunity to explain why we should be aware of how a type of data known as the “Gini coefficient” is used (and sometimes misused).

I’ve never been a big fan of the Gini coefficient for three reasons.

First, it’s often used by folks on the left who want higher taxes and more redistribution. Though that’s actually an indictment of how the coefficient is misused.

Third, it does not tell us whether a society is poor or prosperous.

Regarding that final point, Professor Davies pointed out in the video that the most equal nations in the world are Sweden and Afghanistan.

But having similar Gini coefficients is utterly meaningless because it turns out that the similar scores are for radically different reasons – i.e., people in Afghanistan are equally impoverished and people in Sweden are equally prosperous.

And I can’t resist pointing out that Sweden’s superior results are surely correlated with the fact that Swedes enjoy far higher levels of economic liberty (Sweden is #22 and Afghanistan is #136 according to the Heritage Foundation’s Index of Economic Freedom).

You could also do a comparison between nations with very different Gini coefficients.

Or, if you prefer comparing developed nations, I’ve previously noted that poor people in the United States have the same amount of income as middle-class people in nations with lower levels of inequality.

I’ll close with one final bit of data that shows why Gini coefficients should be viewed with caution. Here’s another visual from the Wikipedia page, this one showing how world inequality increased substantially between 1820 and 2002.

Was that increase in inequality a bad outcome?

Of course not. It was simply a result of the Western world becoming rich because of limited government and the rule of law.

And now that developing nations are finally shifting to market-oriented policies, their incomes also are increasing (which, as a side effect, means global inequality is decreasing).

In other words, we should pay attention to the recipe for growth and prosperity, not the Gini coefficient.

P.S. While I’m not a fan of the Gini coefficient, the so-called trade deficit will always be my least favorite statistic.