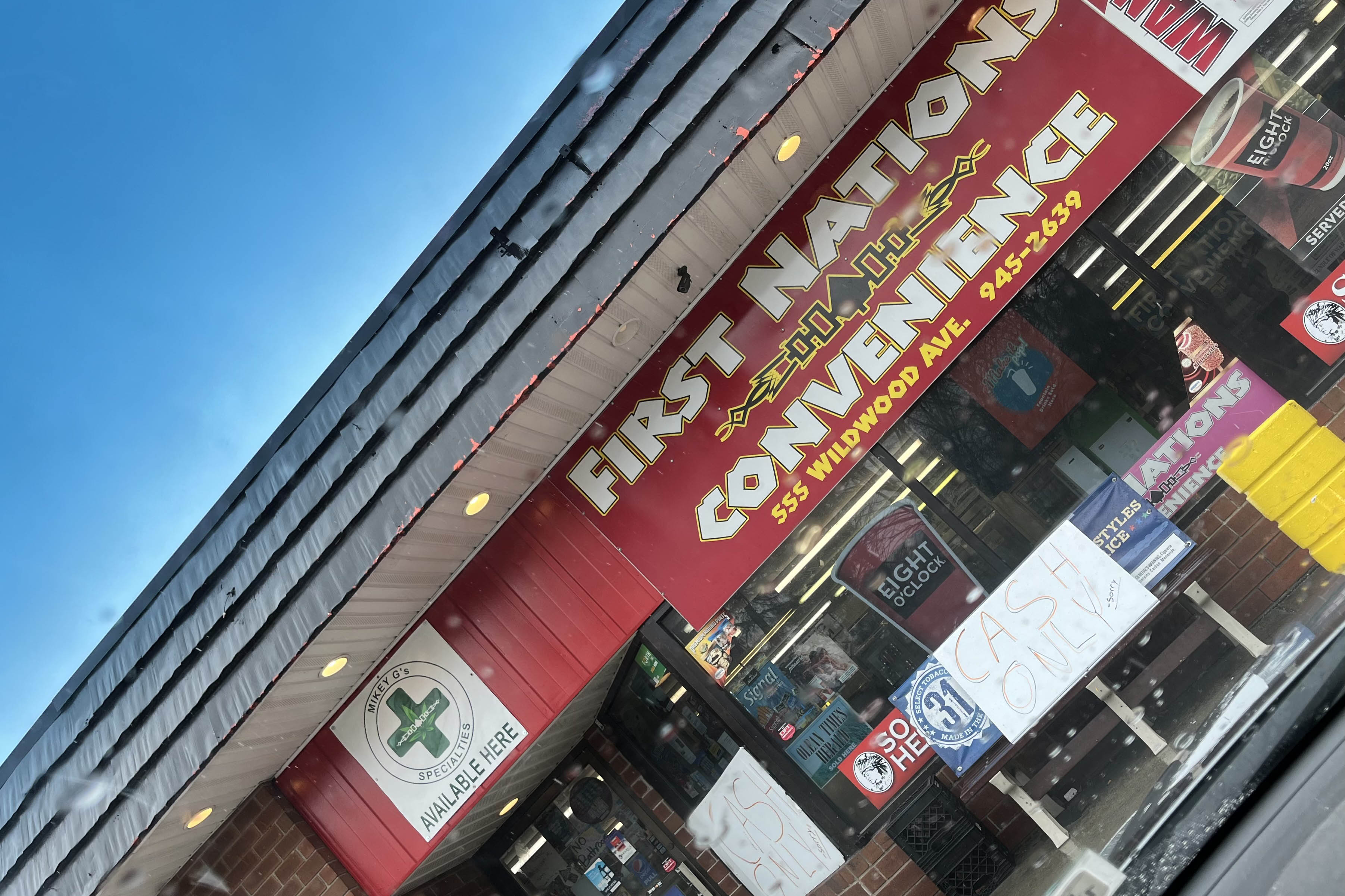 SALAMANCA, N.Y. — In this small town in western New York, nearly 20 marijuana dispensaries have opened up in just the last few months.

Located on the Seneca Nation of Indians’ reservation, the shops sell weed from behind the counters of gas stations, in roadside sheds and on Main Street storefronts, all without a license to do so.

The proliferation of the shops has beaten New York’s own plans to open dispensaries after the state Legislature legalized recreational marijuana last year.

State officials said it is legal for the tribes across New York to sell marijuana before regulators have adopted their own rules because the tribes have sovereignty.

Therefore, tribal governments have been able to develop and implement their own rules and regulations around retail sales and cultivation of marijuana, outpacing the statewide plans and reaping the financial benefits. New Yorkers on the other hand must wait until the state finishes developing regulations in the Marijuana Regulation and Taxation Act — with regulated sales expected before year’s end.

“There’s a considerable amount of money to be made in the industry, especially with New York lagging behind,” tribal lawyer Lee Redeye said.

But doing so has raised a series of questions about how the tribes are procuring the marijuana, how it may ultimately be regulated and whether the tribes could have to reach a compact with New York to tax sales.

For many in Western New York, the Seneca reservation is the closest place to purchase legal weed, far from other legal destinations like Massachusetts or Canada. A customer in a dispensary in Kill Buck, a town on Seneca Territory, said they had driven over an hour to visit the dispensary.

A step ahead for American Indian reservations 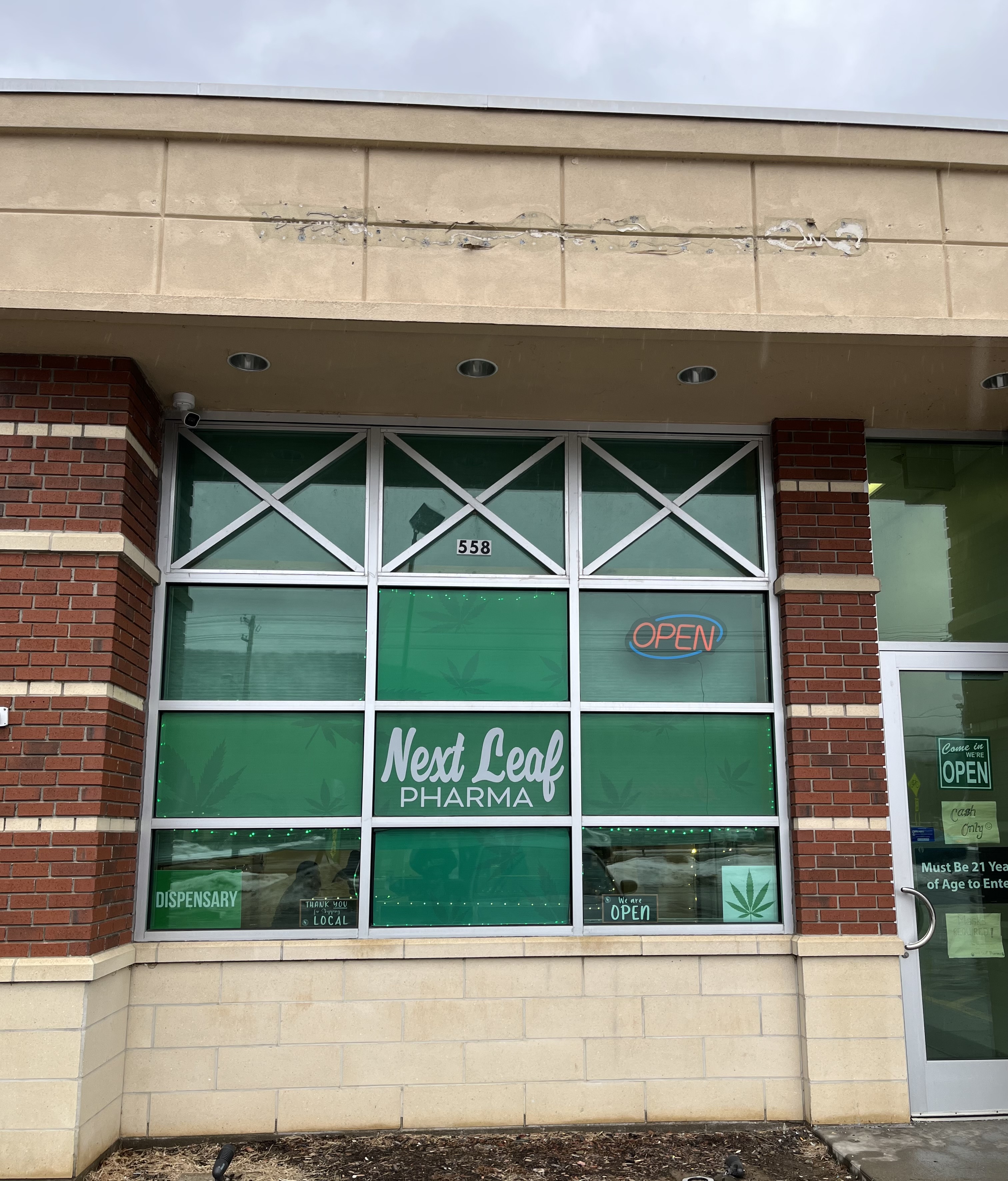 On at least four of the federally recognized Native American tribal reservations in the state, pot shops are everywhere, a sign that Native Americans have gained a significant head start in retail cannabis sales.

Across the U.S., as other states move to legalize adult-use and retail marijuana sales, Native American tribes are also moving to get a slice of the fast-growing industry. So far, tribes in Washington, California, Nevada, New Mexico, Wisconsin, Minnesota and Montana have leveraged their sovereignty from state governance to begin cannabis cultivation and sales.

As for prospective New York cannabis retailers, they will likely have to wait for the end of the year to tap into what is expected to be a $4.2 billion industry. The state Office of Cannabis Management is facing a several-month lag behind the anticipated start date in an attempt to ensure the state’s equity goals are fulfilled in the regulations. Recently, the Cannabis Control Board announced it is moving to approve a measure that would give the first licenses to New Yorkers with cannabis-related offenses.

According to Redeye, who has helped multiple tribes establish their cannabis regulations, the most common practice for tribal governments is to create a central Native-owned and operated dispensary. The Cayuga Nation in central New York and the Shinnecock Indian Nation on Long Island have opted for that route.

The Cayuga Nation recently announced plans to open its own 15,000-square-feet greenhouse for cannabis cultivation, which they say will be open before the end of the year, according to tribe spokesperson Maria Stagliano.

“Similar to the Nation’s other economic development initiatives, cannabis presents an opportunity to generate economic growth for the Nation and its members, while creating jobs for the community,” the nation said in a statement.

How can reservations sell marijuana?

New York’s marijuana law offers tribes the ability to enter into state compacts, which would allow them to integrate their recreational market into the state program. But, so far, they have been able to begin sales without state approval due to their tribal sovereignty.

According to Klopott, no tribes have expressed interest in entering a compact with the state.

Like gas and cigarettes, sales of cannabis on tribal land are not subjected to state retail tax, which means weed can be sold at cheaper prices than at state-licensed dispensaries.

“You can see how far people will drive to save $5 on a tank of gas on native territory, how far will people drive to save $50 on a bag of weed?” said state Sen. George Borrello (R-Chautauqua), whose district encompasses the Seneca territory. “That’s really going to hurt the legal market.”

Business and cultivation licenses were issued as early as last December, which allowed tribal members to begin to build facilities and start cannabis cultivation. However, they would have to wait to sell until each retailer’s facilities and operations are approved by the tribal council.

Despite the guidelines, many dispensaries began to sell cannabis without a tribe-issued license. The Mohawk tribal council asserted that these were rogue dispensaries that were breaking tribal law by operating without a license.

Owners of the Mohawk dispensaries maintained that they did not have to follow the tribal council’s rules, according to The New York Times.

In New York City, unlicensed dispensaries have faced little pushback from law enforcement, despite the Office of Cannabis Management’s attempts to crack down on the rogue dispensaries.

“They sell it right on the table, right in Washington Square Park, right with the cops” nearby said Steven Phan, chairperson of the Retail Committee of the New York State Cannabis Growers and Producers Association. “It’s not allowed. … We can say that as much as we want, but there’s this weird time right now.”

The legalization of adult-use cannabis by the state has ignited a flurry of confusion over what is currently legal — and many dispensaries are opening premature to state regulations without licenses.

Phan, a CBD shop owner in New York City, said in an interview that “90 percent of the people come into my store asking to buy weed right now.”

“They heard it’s legal, and they don’t understand we are waiting for regulations,” he said.

A visit to marijuana shops on a reservation 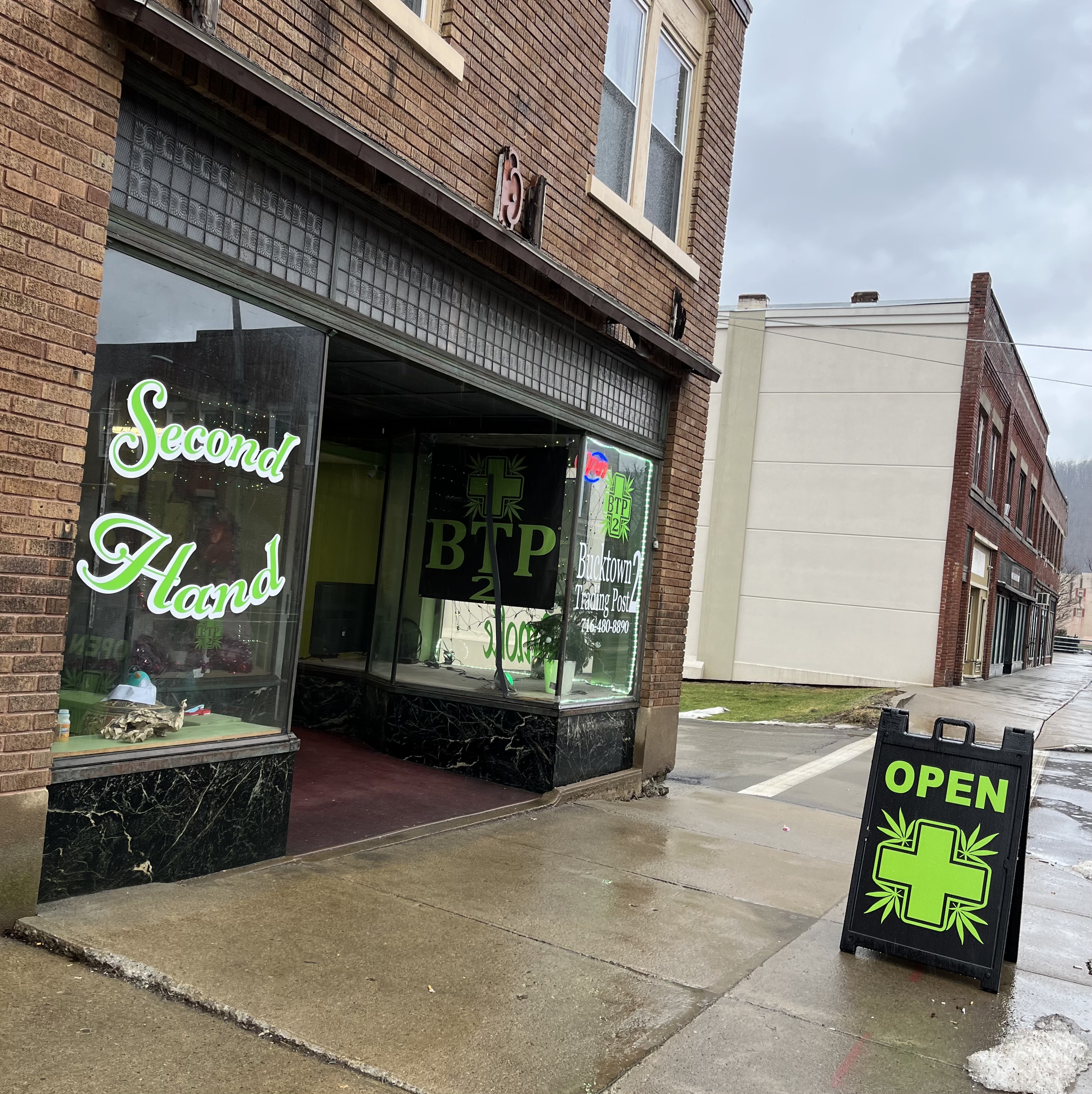 A similar situation has occurred in the Seneca Nation of Indians, where dispensaries continue to open on both the Cattaraugus and Tonawanda territories, despite their tribal government lacking regulations on the sales of cannabis. Several shop owners declined to discuss their businesses.

Although the Seneca government has a cannabis department, it is charged with overseeing the cultivation and sales of hemp, a cannabis variant that is lower in THC than recreational marijuana.

Hemp is legal under federal law. Sovereign nations are able to grow and sell hemp — which is used to make clothing and supplies — if they develop regulations that must be approved by the U.S. Department of Agriculture.

The Seneca Nation was approved by the USDA in May 2022 to enter the commercial hemp industry.

The lack of regulations around cannabis has not slowed the opening of dispensaries on the Seneca Nation in recent months.

One dispensary near Limestone, Doogies Dispensary, operates out of a shack next to a gas station and runs as a “gifting shop” where customers can purchase a sticker and receive a free “gift” of weed in return.

The practice of “gifting” is viewed by some retailers as a loophole for unregulated retail sales, however, regulators maintain that under state law all sales of marijuana, including “gifting,” are only allowed by licensed dispensaries.

“There’s been no real plan or direction on where those businesses should be located, so I don’t know if there’s much that can be done about it at this point,” said Robert Porter, a tribal lawyer and former president of the Seneca Nation.

In a public hearing last year in November, held to determine whether the city of Salamanca, in the nonnative territory, would opt-in to the state’s regulated marijuana program, many locals voiced concerns about safety risks due to unregulated sales at the already existing dispensaries.

The Seneca Nation declined to comment on their relationship with the dispensaries.

Because New York will not be able to collect taxes on cannabis sales on Native American territory, legal experts questioned whether the state will ultimately intervene.

This has occurred historically with the sale of premium cigarettes by tribal retailers, where the state-imposed taxes on sales to nontribal members after lobbying from cigarette retailers argued Native Americans had an unfair competitive advantage.

“It is a part of broader, bigger sort of economic warfare against Native people,” Porter contended.

“When we have something that’s worth money, and we’re doing well at it, the outside world wants to destroy it and tax it and regulate it to death. That’s what I’m worried about is that we need to be preparing for that fight because it’s coming.”

The 9 percent excise tax and 4 percent local tax that will be placed on state-licensed retail sales, which New York estimates could bring in more than $1 billion in revenue over the next six years, could make it harder for state-licensed dispensaries near Native American reservations to stay competitive with prices.

“If you’re a state-licensed business, you are not going to put that business 5 miles from an Indian reservation,” Porter said.

The competitive prices posed by Native American dispensaries have influenced some municipalities in New York to opt-ed out of the state legalization program. According to Borrello, the town of Hanover, located near the Seneca Salamanca reservation, opted out for this reason.

One dispensary in Salamanca, New Leaf Pharma, calls itself “home of the $100 oz,” a price much cheaper than is offered in dispensaries that are subject to state taxation.

The most recent move by the state to implement tax sales on native land was in 2011 when former Gov. Andrew Cuomo implemented a tax on name-brand cigarettes sold to nonnative customers. Tribes heavily resisted the new law, which resulted in a state seizure of over $1 million in tobacco products.

As a result, Native American tribes began to produce their own cigarettes to escape the tax.

Some legal experts, however, believe cannabis might pan out differently, especially for tribes that are producing the weed that is sold in their dispensaries.

Under state law, which regulates interstate commerce, Native American tribes cannot import cannabis products from outside tribal territory to sell in their dispensaries. Therefore, until New York begins its own legal market, the only legal cannabis products that can be sold in tribal dispensaries are those grown and produced on the reservation.

In order to sell beyond their sovereign territory, a tribe would have to enter a compact with the state.

If there is an attempt by the state to tax sales of tribal cannabis, Redeye said, tribes would likely sue in federal court.

“My suspicion is that, eventually, the state will seek to try to tax those sales,” Redeye said. “New York state is always greedy. New York state will always seek to extract revenue from tribes. It has historically, and I don’t expect that to end anytime soon.”