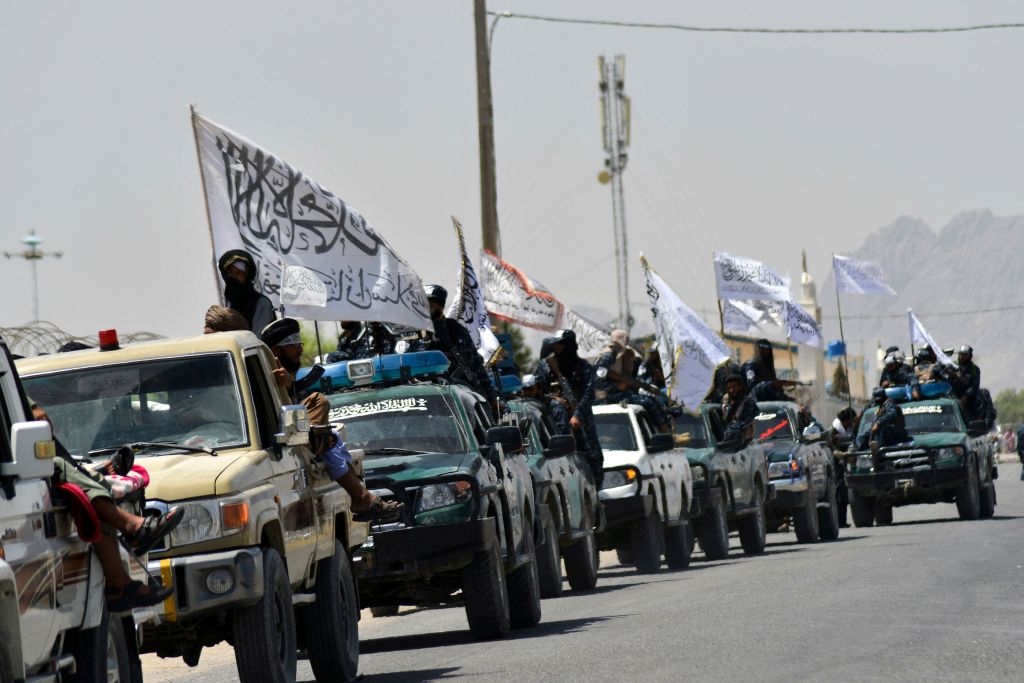 Little more than three weeks after their rapid sweep to power in Afghanistan, the Taliban has announced the country’s interim government. Comprising high-ranking loyalists and militants with terrorist links, the new, all-male cabinet marks a stark departure from the inclusive government promised by the deputy prime minister, Mullah Abdul Ghani Baradar.

To the surprise of the international community, which expected Baradar, the Taliban’s chief negotiator, to be appointed leader, the Taliban announced Mullah Mohammad Hassan Akhund as the new prime minister.

As leader of the first Taliban government in twenty years, Akhund will set the tone not just for the stability of the country, but for relations between the Taliban and Western powers. He may help decide whether the Taliban becomes a responsible partner for the international community, or the overseers of a pariah state. Here’s what to know about him:
[time-brightcove not-tgx=”true”]

Where does Mullah Akhund come from?

Akhund hails from Kandahar, the birthplace of the Taliban. Not much is known about his early life, but he is thought to be one of the founding members of the militant group and was a “close associate and political adviser” to the group’s late leader, Mullah Mohammad Omar, according to a UN sanctions report.

An Islamic scholar, Akhund has written several Islamic texts—he is seen as more of a religious, rather than military, leader. Experts describe him as the compromise choice for leader amid reports of in-fighting between hardliners and relatively more moderate members of the Taliban.

What was Akhund’s role in the early days of the Taliban?

During the Taliban’s rule of Afghanistan in 1996-2001, Akhund held senior positions in government, including governor of Kandahar, foreign minister and deputy leader at various points.

According to Thomas Ruttig, co-director of the research group Afghanistan Analysts Network, Akhund was one of the key contacts in Kandahar for the Taliban leadership as well as the UN. During his time as foreign minister he gained a reputation as a choleric figure. “He was quick to blow his fuse,” Ruttig told TIME.

According to reporting by the Associated Press in March 1998, Akhund struck an officer of the UN Development Programme during diplomatic meetings, threw a teapot, and attempted to throw a table at another UN staffer. This incident was the reason that the UN ordered the withdrawal of its expatriate staff in Kandahar on March 23 1998 and suspended its humanitarian activities in the south of the country. The Taliban replaced Akhund as foreign minister.

“Those kinds of stories were well-known when you worked in the UN,” Ruttig said. “If Hassan has not changed his personality since then […] it does not bode well for relations with the international community.”

What happened to Akhund during the U.S. military presence in Afghanistan?

Akhund played a crucial role as head of the Taliban’s decision-making body, the Rahbari Shura council of leaders, which was formed in exile in Pakistan when the group was driven out of power by U.S.-led military intervention in 2001. He held the position for 20 years, earning the respect of the wider movement and the group’s spiritual leader, Haibatullah Akhunzada.

How will Akhund’s government lead Afghanistan?

In an interview with Al Jazeera on Sept. 4, Akhund’s deputy, Mullah Baradar, claimed the Taliban would form an inclusive government. Tuesday’s announcement of the interim cabinet suggests otherwise, according to Gareth Price, a senior research fellow at the think-tank Chatham House. “There are no women, there are no non-Talibans,” Price said. “The makeup of the government is a result of the internal fights in the Taliban, not an outcome of an inclusive political process.”

Of the 33 announced cabinet ministers, the majority are Pashtun. Yet Afghanistan is a diverse state—while a plurality (42%) of the population are ethnically Pashtun, 27% are Tajik and 31% are minorities including the Hazara and Uzbeks.

The Taliban face unprecedented challenges as they assume power of a country dramatically different to the one they ruled two decades ago. “There aren’t really any viable props [to support the economy], apart from opium and methamphetamine, which the Taliban has said it’s not going to sell anymore,” Price said. “And the country was already facing drought and they haven’t got any money. “The Taliban is going to be presiding over a humanitarian crisis.”

The U.N. Office for the Coordination of Humanitarian Affairs said on Sept. 7 that Afghanistan is facing the collapse of basic services as food and other aid is about to run out. On Aug. 17, the U.S. blocked the Taliban’s access to Afghanistan’s central bank funds.

Yet, while the Taliban know they need international aid, they will not “bow down” to the West so easily, Ruttig told TIME. “It will be tough dealing.”

“The Taliban don’t see themselves in the position that they need to accommodate us, which is understandable given how easily they walked back into power,” Ruttig said.

What does Akhund’s appointment say about Afghanistan’s future?

The new government is a “sign of continuity,” Ruttig said. “The Taliban probably want to show that this is the extension of their, as they see it, illegally overthrown government before 2001.”

Despite the Taliban’s claims of forming an inclusive government, events on the ground paint a different picture. On the day of the announcement of the interim cabinet, Taliban fighters fired shots at a protest of hundreds of people, mainly women, in Kabul.

In the last few weeks the militants have been accused of beheadings, torture, and the rape and kidnap of girls and women. In an interview with the BBC on Aug. 15, a spokesman for the group did not rule out the return of brutal punishments such as amputations and public stonings.

While Akhund certainly has a lot of respect within the Taliban for his long-standing leadership roles, he may not be a figure to unite a divided country — especially in urban areas like Kabul with a young, progressive population. .“Afghanistan has changed,” said Price. “When you’ve had years of freedom, it’s really hard to go back to the opposite.”