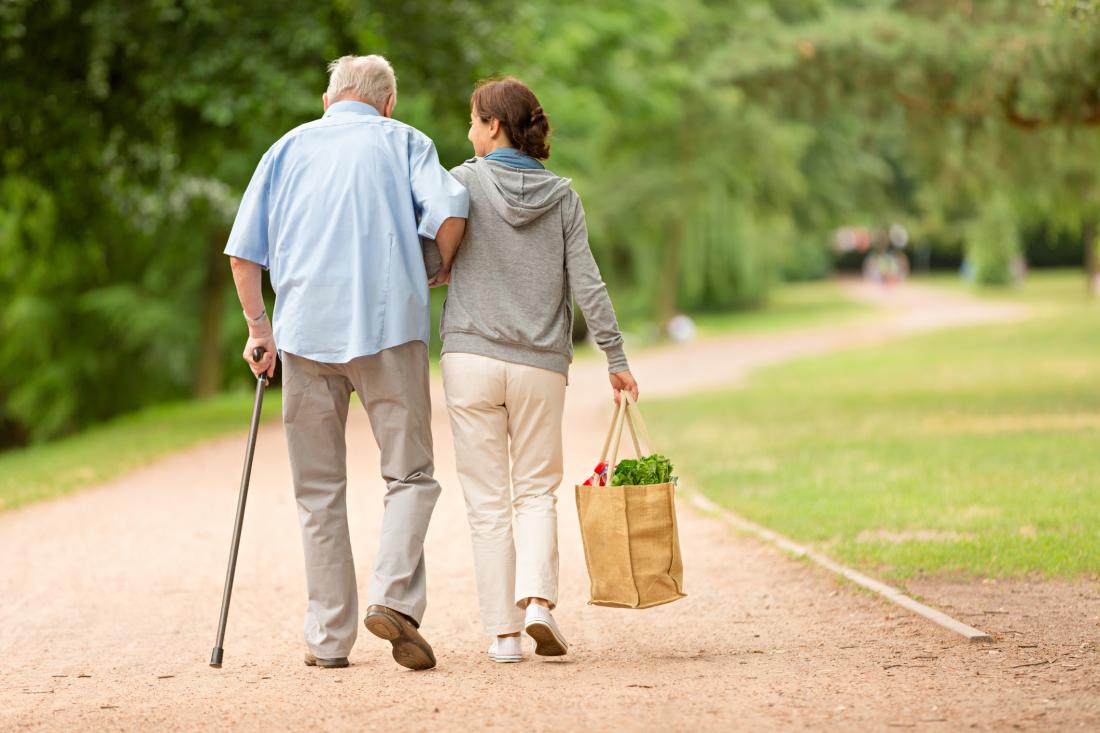 New research suggests that a slower walking speed in midlife may be a marker of accelerated aging.

Walking speed may be a powerful predictor of lifespan and health.

A recent study, reported on by Medical News Today, found that the faster a person walks, the longer they may live, with older adults benefitting the most from a brisk pace.

Medical professionals have long used gait speed as a marker of health and fitness among older adults, but the new research asks a slightly different question: Does a slow gait speed in midlife indicate and predict accelerated aging?

Line J. H. Rasmussen, Ph.D., a researcher in the department of psychology and neuroscience at Duke University, in Durham, NC, and colleagues set out to answer this question by examining data from 904 study participants.

Rasmussen and the team published their findings in the journal JAMA Network Open.

The participants have undergone periodic testing for most of their lives. The researchers have been tracking the participants’ general health and behavior, with assessments beginning when participants were 3 years old.

At the time, a pediatric neurologist used standard intelligence tests to assess the children’s neurocognitive performance, including their receptive language, motor skills, and emotional and behavioral regulation.

The researchers had access to data such as IQ scores — including processing speed, working memory, perceptual reasoning, and verbal comprehension.

The team also evaluated the physical function of the adults by asking them to self-report in a survey and complete a series of physical tasks that tested their grip strength, balance, and hand-eye coordination, among other factors.

Additionally, the scientists brought in an independent panel of 8 people who assessed the ages of the participants using standardized photos of their faces at age 45.

The MRI scans revealed that slow walkers, at the age of 45, had a smaller brain volume, more cortical thinning, smaller cortical areas, and more white matter lesions. In other words, their brains appeared to be older than their biological age.

The independent panel also tended to assign an older age to these participants, based on their facial appearance in the photographs.

Overall, the cardiorespiratory health, immune health, and gum and teeth health of the slow-walking participants also fared worse than those who walked faster. The correlation was particularly evident in the participants’ maximum walking speeds.

“The thing that’s really striking is that this is in 45-year-old people, not the geriatric patients who are usually assessed with such measures,” says Rasmussen, the study’s lead author.

Interestingly, the scores for IQ, receptive language, motor skills, and emotional and behavioral regulation of the children at age 3 also predicted walking speed. Those who would become slow walkers as adults fared more poorly on these measures.

“Doctors know that slow walkers in their 70s and 80s tend to die sooner than fast walkers their same age,” adds senior author Terrie E. Moffitt, the Nannerl O. Keohane University professor of psychology at Duke University and senior author of the study.

“But this study covered the period from the preschool years to midlife and found that a slow walk is a problem sign decades before old age.”