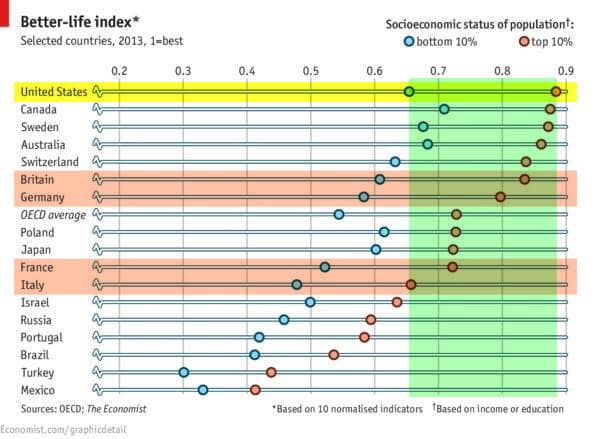 If asked to describe French economic policy, rational people will use phrases such as “big government” and “high taxes.” Or perhaps “dirigisme” and “bureaucracy.”

And they would be correct.

Here’s a chart from the OECD, showing spending burdens for major European nations. In a continent that’s known for big welfare states and costly government, France (highlighted in red) easily ranks as the worst of the worst. 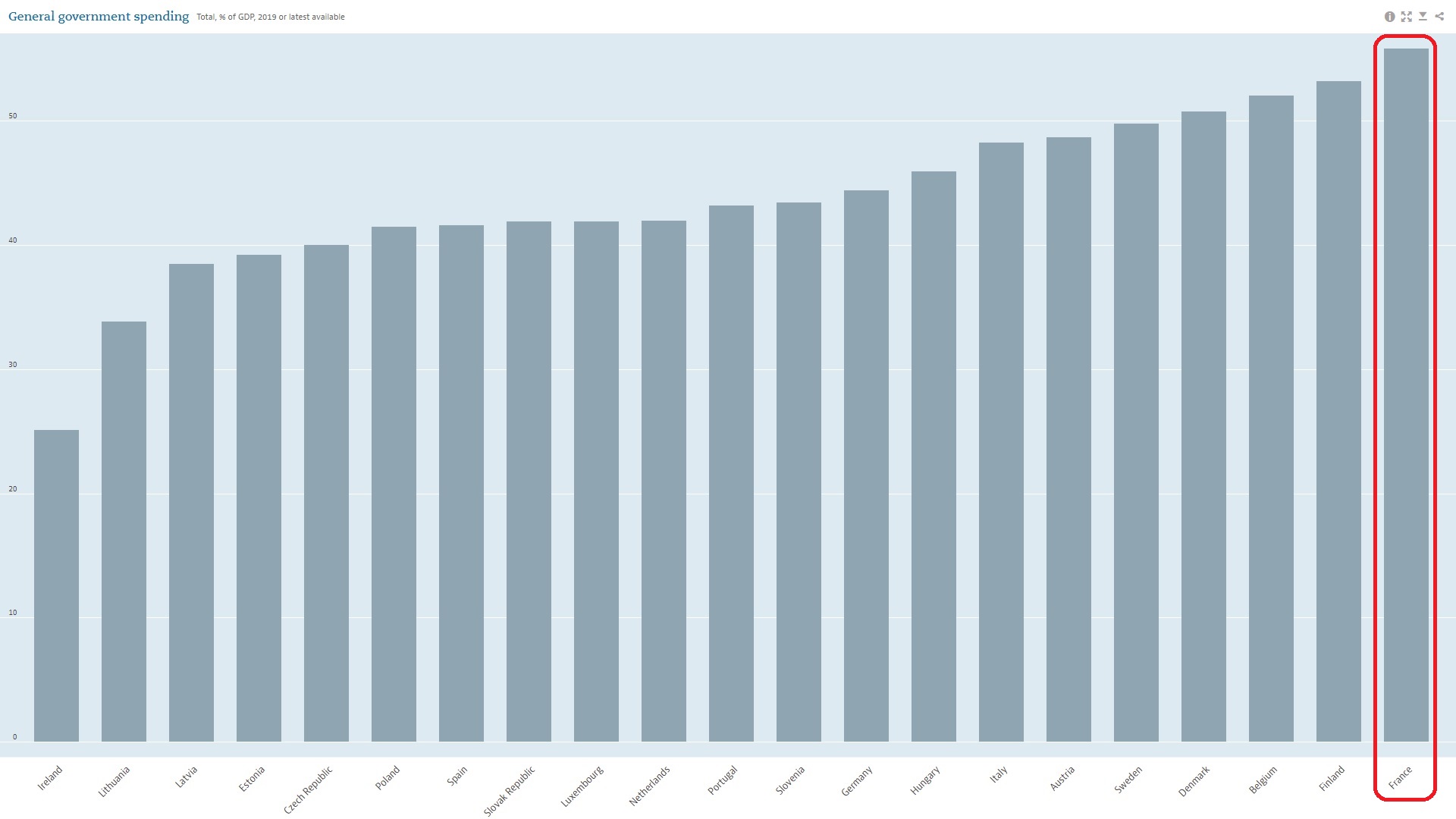 France also ranks as the worst of the worst when looking just at spending on social welfare programs.

Indeed, it’s probably just a matter of time before the country becomes another Greece.

But none of these facts matter to Rokhaya Diallo, a French journalist who thinks her nation’s government is too small.

I’m not joking. She actually wrote a column for the Washington Post asserting that France’s response to the corornavirus has been hampered by fiscal austerity.

…the government has failed multiple times at handling the crisis… It was a shock for citizens to discover that France — the world’s seventh largest economy, widely praised for its remarkable health system — could end up struggling to cover the basic needs of its hospitals. But was it a total surprise? Not really. …President Emmanuel Macron…policies…favored the richest fringes of the population

while abandoning workers who did not earn enough to cover their necessities. …Under Macron, more than $3 billion (2.6 billion euros) has been cut from public hospitals in 2018 and 2019 — far more than under his predecessor. And it took the pandemic to ensure there were no further cuts to this vital infrastructure. …a politician who claimed he intended to govern a “start-up nation” and thereby support a neoliberal agenda. …For the past two decades, French public services have been damaged by austerity rules… The major health crisis has exposed the serious damages caused by the neoliberal turn implemented in France. At a moment when effective public services are needed more than ever before, austerity is a threat not only to the social stability but also the well-being of the population.

Wow. I’m reminded of the official from Belgium (3rd-biggest fiscal burden in the above chart) who complained a few years ago about “the small size of the Belgian government.”

These people must live in an alternative universe where facts don’t matter.

By the way, if Ms. Diallo is actually interested in “the well-being of the population,” I wonder what she thinks of the OECD data

that shows that people in the bottom 10 percent in the United States are better off than the average middle class person in France?

Needless to say, I’m not holding my breath expecting her to address these issues.

But the people of France have noticed something is wrong. Many of them would flee to the United States if they had the opportunity.

P.S. Regarding the title of Ms. Diallo’s column, neoliberal is the term used in Europe for classical liberals – i.e., advocates of small government and individual liberty.

P.P.S. The current president of France, Emmanuel Macron, has expressed some sympathy for market-oriented reforms, which may explain Ms. Diallo’s hostility (but does not justify her inaccuracy).