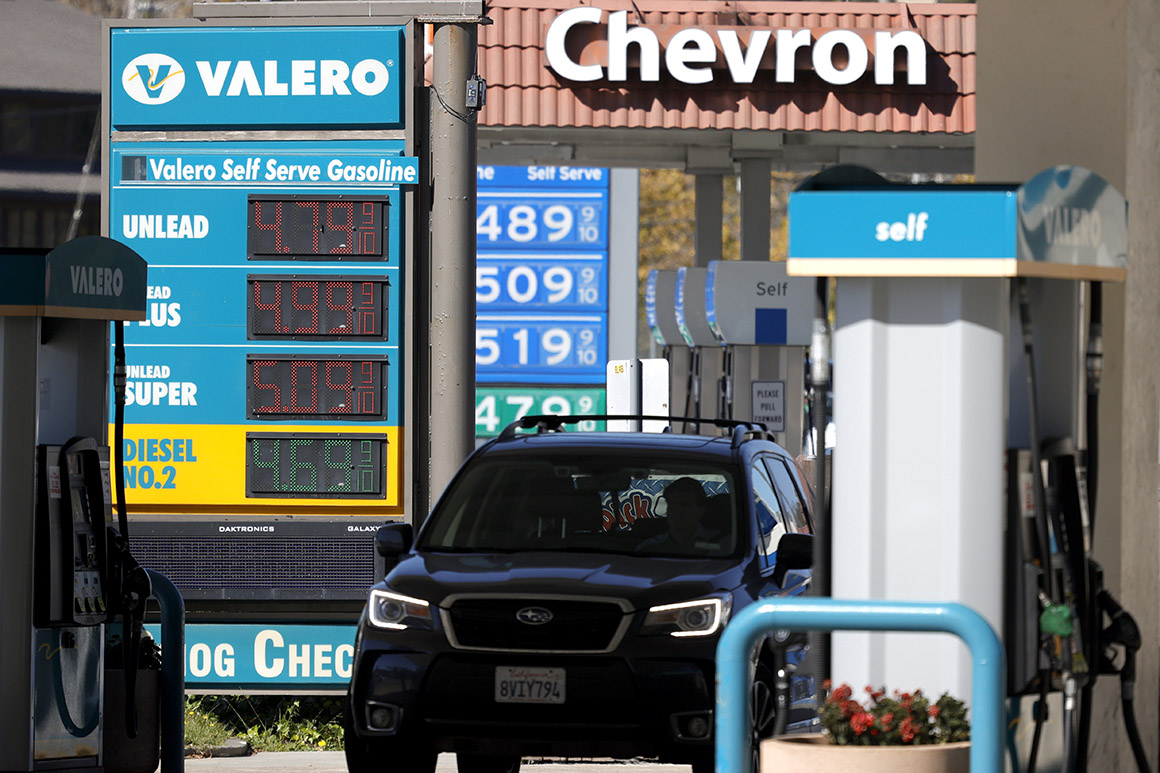 President Joe Biden blames Vladimir Putin. Republicans blame Biden and the Democrats. Some economists and Wall Streeters put it all on the Fed.

Everyone is pointing fingers over the dramatic spike in inflation in the U.S. over the past year that has wiped out wage gains, driven stocks to their worst start to a year since 1970 and generally put Americans in a funk about the nation’s direction.

Politicians on both sides will look to spin the numbers to their advantage. But the truth about who or what is actually at fault for inflation numbers not seen since the 1980s is more complex than any political talking points or anti-Fed screeds.

“It’s not just the Fed or the end of infrastructure or the exact kind of stimulus or any one single thing,” said Harvard economist Megan Greene. “I actually thought the Fed had pulled it off last year waiting for inflation to come down on its own as the pandemic waned. Then Omicron hit China and Russia invaded Ukraine. A lot of this is just very, very bad luck.”

Spoiler alert: There are no single villains. And it’s all quite complicated.

Biden and Democrats say high prices are largely a result of Russian President Putin’s invasion of Ukraine, which has sent oil and food prices soaring.

“Inflation is still too high and Putin’s price hike continues to impact food and energy prices,” Biden said on Friday in a statement after the latest numbers were released. “There is more work to do, and tackling inflation is my top economic priority.”

Biden was also correct that energy costs comporised nearly 70 percent of the monthly increase in inflation from February to March of this year as markets reacted to the war. But many thought Biden was saying 70 percent of inflation over the past year stemmed from the war. That is not the case. Even after taking out the energy hit, the annual rate in March would have been over 7 percent, still easily wiping out wage gains running around 5 percent. So-called core inflation was at 6.2 percent in April.

Wendy Edelberg, director of The Hamilton Project and a senior fellow in Economic Studies at the Brookings Institution, said the war certainly contributed to recent inflation, further damaging supply chains and driving up energy prices, but not the way Biden described it.

“The truth is, consumer demand fell off a cliff in the spring of 2020 as the virus hit and as it rebounded, it was inevitably going to be messy,” she said. “But the ingredients for why the economy has been as strong as it has and the incredibly robust way that demand bounded back ahead of supply completely surprised me.”

The debate continues to rage over the full impact of Biden’s $1.9 trillion American Rescue Plan, passed in March 2021 with only Democratic votes. And economists say Republicans are probably right that at least some of the rise in inflation comes from the plan’s $1,400 in direct payments to qualifying Americans and an extension of enhanced unemployment benefits and child care tax credits through September of last year.

That injection of cash into the economy came after the roughly $4 trillion in emergency Covid relief passed under the Trump administration. Sorting out exactly how much inflation resulted from the additional stimulus is challenging.

“This was the largest fiscal and monetary response in history and that’s great, but elements of how it was delivered weren’t the best and we probably overdid it,” Brett Ryan, senior U.S. economist at Deutsche Bank, said of the U.S. “From one perspective, all the spending worked, [and] we bounced back very fast. But all those stimulus checks pushed demand up very fast and left already strained supply chains even further behind the curve.”

Did the Fed blow it?

The Fed is the chief inflation-fighting authority in the U.S., so it naturally comes under heavy scrutiny when prices spin dramatically higher. The central bank’s mandate, after all, is to keep inflation low – its target is about 2 percent – while also promoting full employment.

So did Fed Chair Jerome Powell and his colleagues blow it by keeping interest rates low for so long and continuing to support the economy through hundreds of billions of dollars in asset purchases? Can we just blame all of it on the Fed, as some economists and Wall Street traders do?

Not all of it, economists say, but some fault clearly lies with the central bank.

Powell was a chief proponent early on of the idea that the price hikes would be “transitory” and ease more quickly as supply chain problems got fixed and more people went back to work. Biden and the White House adopted that term as well before having to ditch it.

Because inflation has turned out to be longer lasting, the Fed had to quickly shift gears in December and say it would pull back its highly stimulative policies. Uncertainty over just how far and fast the Fed will have to move created huge volatility and large losses for stocks this year.

“The Fed is now so far behind on inflation that people are getting worried about the consumer,” said Jim Paulsen, chief economist at the Leuthold Group.

Central bank defenders say Powell faced a near-impossible task. He has endured tremendous, bipartisan pressure to keep rates low to boost the economy – including from then-President Donald Trump, long before the pandemic – making a much earlier pivot to tighter policy difficult. And just how much of a game-changer an earlier move would have been is not clear.

“If you had perfect hindsight you’d go back and it probably would have been better for us to have raised rates a little sooner,” Powell said in a Marketplace interview earlier this month. “I’m not sure how much difference it would have made, but we have to make decisions in real time, based on what we know then, and we did the best we could. Now, we see the picture clearly and we’re determined to use our tools to get us back to price stability.”

Biden’s Top Middle East Adviser ‘Torched The House And Showed Up With A Firehose’
Man Confronts Ted Cruz At Restaurant: ’19 Dead Kids, That’s On Your Hands’