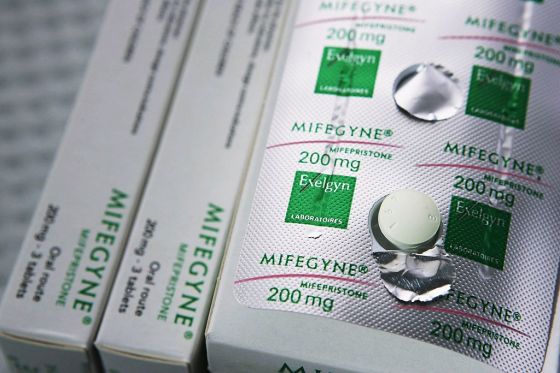 In the days immediately following Texas’ Sept. 1 enactment of S.B. 8—one of the nation’s most restrictive abortion laws—anti-abortion advocates seemingly got what they wanted: reproductive health providers in the state began performing significantly fewer abortion procedures.

“I’ve only seen three patients so far since S.B. 8 went into effect,” Dr. Bhavik Kumar, a Planned Parenthood physician based in Houston, told TIME last week. “It’s dramatically reduced our volume of folks that we can help.”

But as patients going to providers like Planned Parenthood declined, others flocked to a different kind reproductive health organization. Plan C, a website presenting information on where and how pregnant people can access pills via tele-health clinics and international pharmacies to self-manage their own abortions, saw hordes of people browse its content. “Web traffic went up exponentially. In the days following the implementation of S.B. 8, we went from about 500 visits to our website a day to more than 25,000,” Elisa Wells, co-founder of the organization, tells TIME. “And a good portion of those—between 30% and 35%—were from Texas.”
[time-brightcove not-tgx=”true”]

The growing interest in Plan C and other resources that educate people on abortion pills reveals an important but unintended consequence of conservative laws like the new one in Texas: they are leading to more people learning how to have self-managed abortions (SMAs), which are often cheaper and more accessible than abortions in a clinical setting. “It’s a shocking display of hubris,” Leah Cohen, an SMA advocate and board member of Reproductive Freedom Fund of New Hampshire, says of the anti-abortion legislators in Texas, “that they didn’t bother to look into whether or not a patient could have an abortion completely independent of any other person.”

The growing awareness of at-home abortions marks a momentous turning point in the future of abortion care, more than half a dozen abortion care providers and reproductive health activists tell TIME. The future they envision is one where anybody in the U.S. can source pills that are more than 99% effective at safely terminating early pregnancies—and for significantly less cost than a clinical abortion. S.B. 8 is helping “inform people of these new modern ways that abortion pills can and should be made available to people,” says Wells. In that way, “the conservative legislators are actually helping us do our jobs.”

It’s not a matter of whether the use of SMAs will grow in the wake of harsher anti-abortion laws and rhetoric, but by how much and how quickly they catch on, experts say. “There’s no question that self managed abortions will increase,” says Dr. Daniel Grossman, professor of Obstetrics, Gynecology and Reproductive Sciences at the University of California, San Francisco.

Anti-abortion groups are concerned about the method becoming more popular. “Across the country and in Texas, we’re already seeing a shift in the abortion industry from surgical abortion to a use of chemical abortion,” says Rebecca Parma, senior legislative associate for Texas Right to Life, a group that helped write S.B. 8. “It’s worrisome to us because these are dangerous drugs that can be contraindicated, leading to serious complications for women, and become more dangerous the further along a pregnancy is.”

The medications that people are sourcing through pharmacies listed on Plan C and other reputable SMA webpages are the same abortion-inducing pills doctors would provide in clinical settings: mifepristone, which blocks the hormone progesterone necessary for a pregnancy to continue, and misoprostol, which prompts the cervix to contract and empty itself. When administered at or before nine weeks’ gestation, unwanted pregnancies are successfully terminated by medication abortions 99.6% of the time, with less than a 1% risk of major complications, according to the Kaiser Family Foundation. Healthcare providers don’t advise SMAs to people who currently have IUDs or take blood thinners, and some experts also caution that young people who have never had pelvic exams should see a healthcare provider before taking reproductive health matters into their own hands. But despite their limitations, medication abortions are a viable option for swaths of pregnant people facing limitations on clinical abortions beyond six weeks.

There’s limited data on how many people self-manage their own abortions, but experts say interest in SMAs is on the rise, and strict reproductive laws are accelerating that growth. Researchers at the University of Texas examined requests to one online telemedicine abortion service offering abortion pills abroad and identified 6,022 U.S. residents had requested help navigating an SMA during a 10-month period between 2017 and 2018, with 76% of those requesters coming from states with “hostile” abortion policy climates.

California midwife Christie Pitney has seen the demand for at-home abortion services grow firsthand since February 2021, when she started working for Aid Access, a Europe-based organization that provides clinician-prescribed abortion pills by mail to U.S. residents. She says she treated 140 pregnant people in Massachusetts and California—the two states she services—in May. After S.B. 8 passed in Texas and reignited fears about abortion access nationally, she says she’s on pace to see 180 patients by the end of September. “We all expected an increase for Texas, obviously, but also we’re seeing an increase among all of the states. I think it’s partially because patients are scared—and reasonably so,” Pitney says. “What S.B. 8 has caused is people to get creative with how they’re accessing their abortions.”

Restrictive abortion laws aren’t just fueling the rise of an alternative form of abortion care, but a cheaper and more accessible one: Most of the international pharmacies Plan C and other SMA sites reference offer abortion pills for $100-300. The cost of an in-clinic abortion averages $551, according to the Guttmacher Institute, even though it’s the same pills. And that clinical cost is before abortion seeking patients—49% of whom live below the federal poverty line—factor in childcare fees, travel costs, and unpaid time off work needed to undergo abortions in a clinical setting, where there are often legal requirements to undergo a sonogram at least 24 hours ahead of the abortion itself. “$1,000 can pay for one person’s clinical abortion,” says Caitlin Hogan, a reproductive health doula based in Buffalo who also trains people on SMA resources, “or it can pay for seven to eight self-managed abortions.”

But as interest in SMAs increases, so do concerns among some SMA advocates that they could become ensnarled in legal trouble for helping pregnant people access them in certain states. S.B. 8 enables private citizens to sue individuals who help facilitate abortions beyond six weeks gestation, and the Supreme Court will hear a case this winter about a Mississippi law that could strip medical professionals who provide abortion care beyond 15 weeks gestation of their licenses, without exceptions for rape and incest.

Another Texas abortion law, S.B. 4, signed with little fanfare by Texas Gov. Greg Abbott this month, only intensifies that risk. The legislation, which takes effect in December, outlaws abortion medication from being delivered by mail to Texans, among other things. “Violation of this law is subject to a criminal penalty, which will enable Texas to hold out-of-state providers of abortion-inducing drugs accountable to our law,” says Parma.

Amy Weintraub, who works a day job in progressive policy communications in Florida, moonlights as a facilitator of informational training sessions on SMAs. In the last 18 months, she’s led a dozen workshops teaching roughly 200 people about how they can increase awareness of SMAs while also protecting themselves from legal risks. “When we are training folks, we say one of the most important things that you can do to protect yourself from criminality is to always give information in the third person,” says Weintraub. “Using the word ‘you’ could be conveyed as legal advice or medical advice, which is what might get the person in trouble.”

Those potential legal liabilities are why Hogan, the reproductive health doula in Buffalo, says word of mouth is the safest way to spread the word about SMAs. “I don’t have a website ‘How-to-have-a-secret-abortion.com,’” she says. “Part of it has to stay a whisper network.’”