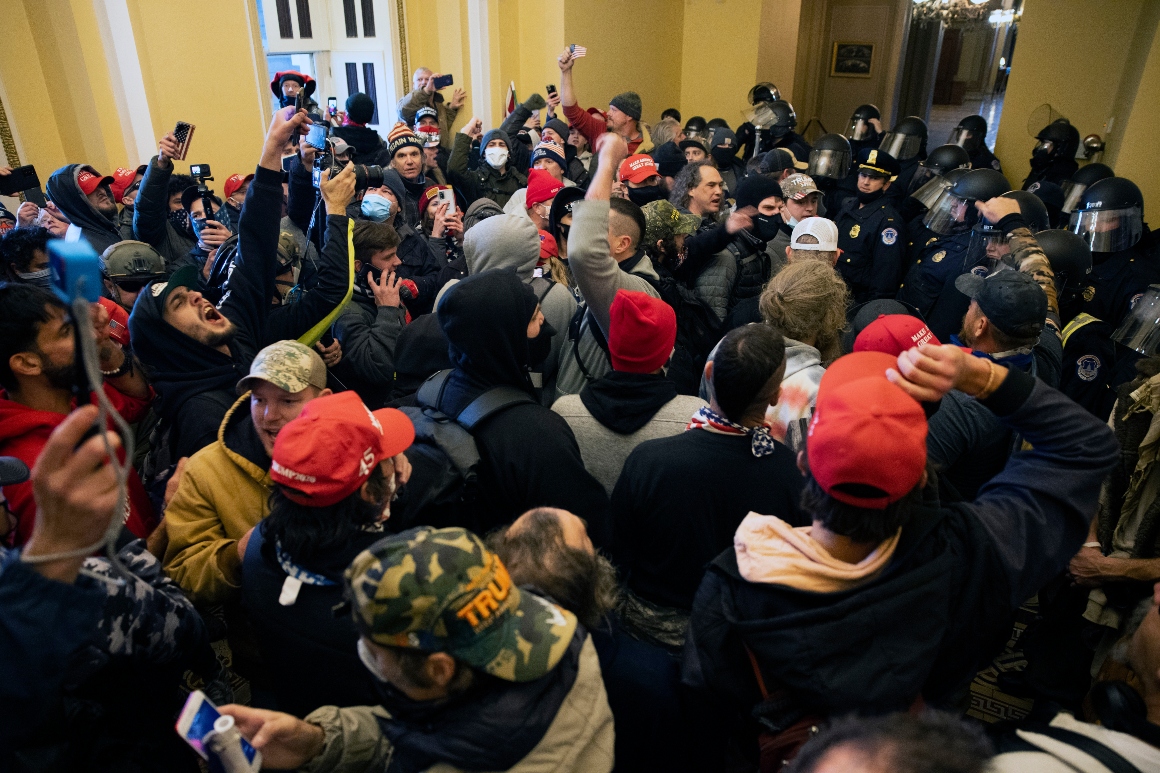 House investigators probing the Jan. 6 attack on the Capitol took a rare and little-noticed step on Wednesday, subpoenaing a current House staffer working in the office of Rep. Carol Miller, a West Virginia Republican.

Amid a round of 11 subpoenas targeting the organizers of a rally that preceded the violent attack on the Capitol, the Jan. 6 select committee demanded documents and testimony from Maggie Mulvaney, a former Trump campaign aide who was listed on permitting paperwork as “VIP Lead” for the event.

But just three days before the assault on the Capitol, Mulvaney — the niece of former congressman and White House chief of staff Mick Mulvaney — began working as a senior adviser to Miller. House records show her employment began at the start of the new Congress even as she completed her commitment to help organize the rally.

Tatum Wallace, Miller’s communications director, said their office is “awaiting guidance from House Counsel,” after which they will provide an update.

Aides to the Jan. 6 committee declined to comment on the decision. Mulvaney did not respond to a request for comment.

Legal experts, including former attorneys for the House, say the step by the Jan. 6 committee may set a new precedent. The House has rarely turned its subpoena power on its own, and when it has, it’s been in the context of investigations by the Ethics Committee, a bipartisan panel explicitly charged with internal disciplinary matters.

While there’s little doubt the House has the legal authority to subpoena its own employees in matters of national significance, doing so may be a new frontier for an institution already mired in distrust and discord.

“In the Jack Abramoff scandal at one point the FBI surreptitiously ‘wired’ a staff member to gather incriminating evidence as the Member for whom he worked and that sent shock waves through the Capitol,” said former House counsel Stan Brand in an email. “This could have a similar impact.”

“While not necessarily a legal rubicon, I believe it does have the potential to impact the Member/staff relationship which is built on loyalty and trust,” Brand continued, adding that “exposing staff to subpoenas could affect how members regard their staff (as potential witnesses against them).”

Jan. 6 investigators have already flirted with taking unprecedented steps, like subpoenaing the phone records of members of Congress believed to have been in contact with Donald Trump and the White House ahead of the Jan. 6 attack. Those steps could become necessary, they emphasized, in part because of the unprecedented nature of the assault itself — an attack on a pillar of American democracy that threatened the peaceful transfer of power.

The committee has also taken the rare step of issuing immediate subpoenas without offering witnesses a chance to comply voluntarily first. That decision, the panel’s chair Bennie Thompson and other members have said, is to prevent Trump allies from protracted stonewalling that could permanently derail the probe. Trump himself stymied multiple congressional inquiries during his presidency by miring the House in lengthy court battles, and the Jan. 6 committee is eager to avoid a repeat.

“The concerns about setting precedents must take a backseat to the 1/6 committee getting the truth and if that means subpoenaing congressional staff, members of Congress, congressional phone records, or anything else, those concerns must predominate,” said Norm Eisen, counsel to the Judiciary Committee during the 2019 Trump impeachment. “The concern with truth must predominate.”

Typically, members of Congress and their staffs are protected from legal processes by the Speech and Debate clause of the Constitution. Courts have generally taken a broad view of conduct that can be viewed as official business by lawmakers — and the Supreme Court has ruled that staff members generally enjoy the same protections because they are extensions of their bosses.

But Eisen, a senior fellow with the Brookings Institution, emphasized that these protections apply only when there are encroachments by other branches of government — and that in any case, the conduct in question here likely can’t be portrayed as part of Mulvaney’s official business.

“In my view, they’re striking the right balance because of the central importance of their inquiry to our nation’s future,” Eisen said.

Maggie Mulvaney isn’t the only Hill staffer of interest to the Jan. 6 committee. The panel has asked the National Archives to produce communications from the Trump White House related to Thomas Van Flein, the chief of staff to Rep. Paul Gosar (R-Ariz.), and Judd Deere, a former White House aide who now works for Sen. Bill Hagerty (R-Tenn.).

But the committee has not specifically targeted those aides, and the decision to subpoena a sitting staffer raises new and potentially uncomfortable questions about how the House may wield its subpoena power in the future.

“This is, of course, a much more politically charged issue and will raise the issue of retaliation the next time Republicans are in power,” said a former House official who has been involved in similar investigations. “But that is where both the House and Senate are headed, or already there.”

One lingering question: What does Mulvaney know? Her role in the rally is murky.

Mulvaney notified her office that she would be taking two days off to help with the event, where her job was to escort VIPs who arrived at the White House to their seats, according to a House source familiar with the situation. But there are still questions about the nature of conversations she had with top White House officials about the event as well, which the committee is looking to explore.

“According to press reports, those working with you and [Women for America First] to organize the January 6th rally collectively communicated with President Trump, White House officials including Chief of Staff Mark Meadows, and others about the rally and other events planned to coincide with the certification of the 2020 Electoral College results,” Thompson wrote in his letter accompanying the subpoena to Mulvaney.

Mulvaney is being asked to turn over documents by Oct. 13 and testify by Oct. 21, making her an early witness that can help the committee piece together conversations held by key players.

The Justice Department and courts have similarly regarded the Jan. 6 attack as a unique moment in American history that warrants unprecedented steps to confront.

Federal authorities have arrested more than 600 people for participating in the Capitol breach, which left more than 130 police officers injured and multiple rioters dead. Several D.C. and Capitol police officers who responded to the attack later died or took their own lives.