With concerns about the environment a major theme in the election, what are the parties’ plans on green issues?

Here, we answer a selection of readers’ questions.

What is being done to stop the decline in UK wildlife? – Jet Janman, Seaford

More than a quarter of UK mammals – including the Scottish wildcat, the frosted green moth and the pine marten – are facing extinction, according to a report published in October 2019. It added that 97% of the UK’s wildflower meadows have been lost in the last 100 years.

In its environmental manifesto, Labour details how it will spend nearly £10bn over the next 10 years on restoring nature and protecting the environment. It also wants to create 10 new national parks.

The Liberal Democrats will introduce a Nature Act to restore the natural environment. This will set targets for improving water, air, soil, and wildlife and its habitat. This will cost at least £18bn over five years.

The Green Party has a raft of policies on wildlife. Among these are a new law to prevent crimes against the natural environment. The Greens would also introduce an environmental protection commission to enforce the protection of wildlife and habitat.

The Tory manifesto does not mention UK wildlife specifically, although it does pledge to work with other countries on issues such as deforestation, wildlife protection and the oceans.

What will be done about single-use plastics? – Christine, High Wycombe full name

The BBC’s Blue Planet II series sparked a debate about single-use plastics, and it’s also featured in this election campaign.

The Liberal Democrats and the Green Party would clamp down on single-use plastics, banning them outright.

The Greens would ban their production and extend the plastic bag tax to cover plastic bottles and other single-use plastics as well.

Parties have also made promises on plastic waste. The Conservatives want to set up a £500m “Blue Planet” fund dedicated to tackling pollution in the oceans. Labour has promised to invest in the recyling and reusing of plastics. The government is set to introduce new rules on single-use plastic next year. Bars and restaurants will not be allowed to display plastic straws or automatically hand them out, and plastic stirrers will be subject to a total ban.

Several parties want to ban the export of plastic waste, including the Conservatives, the Liberal Democrats and the Brexit Party.

Plaid Cymru has committed to making Wales a single-use plastic-free nation by 2030.

How could UK industry be affected by promises to tackle climate change? – Ron Barton, Guildford

Some of the largest contributors to the UK’s emissions of greenhouse gases – in particular, carbon dioxide, which contributes to global warming – include transport, energy supply and parts of industry.

So, cutting emissions from “heavy” industry – things like oil, mining, steel or machine manufacturing – is a big challenge.

The Conservatives have said they would invest £500m to help energy-intensive industries move to low-carbon techniques.

Labour and the Lib Dems say they would offer support for ways of making steel that use less carbon. Jeremy Corbyn has also promised a “windfall tax” on oil firms.

The SNP has called for a pot of money for places heavily reliant on oil, such as Falkirk or Aberdeen, to help diversify their economies as the UK looks to reduce its carbon emissions.

The Green Party has promised to invest in training to help people get new jobs in manufacturing for the renewable energy sector.

Plaid says it would start what is called a “green jobs revolution” by investing in renewable energy and transport infrastructure.

If the UK leaves the EU, will it still have to fulfil its promises on the environment and climate change? – Toni Massari, Bristol

Making sure the UK sticks to EU rules about water, air, waste and wildlife is currently monitored and enforced by institutions including the European Commission and Court of Justice.

Government ministers haven’t yet guaranteed that the UK will stick to the same standards if Brexit happens.

The government has said it would set up a new Office for Environmental Protection to make sure ministers hit their targets. But critics have pointed out this body won’t be independent, as it will answer to government and not to Parliament.

It’s also been suggested the government wouldn’t be able to issue fines, as the EU previously has.

Leaving the EU also won’t affect the UK’s commitments under the Climate Change Act. This set legally binding targets to reduce the UK’s carbon dioxide emissions by at least 80% by 2050, although since then a law has passed to reach zero-carbon emissions in the same time frame.

Sending goods by rail can reduce carbon dioxide emissions by 76% compared to using road transport. However, only about 9% of goods in the UK are carried by rail.

Some parties have made specific commitments about rail freight, while others are more general.

The Conservatives have pledged to invest an extra £100m in roads and rail, while Labour says it wants to find more environmentally friendly ways of running the railways. 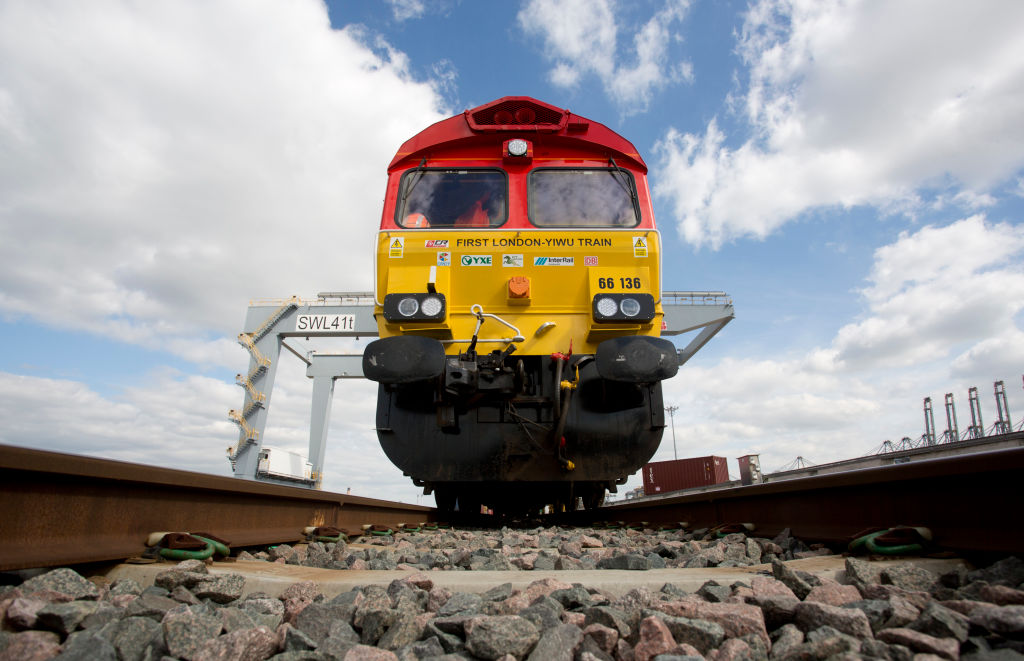 The Lib Dems say they will shift more freight transport from road to rail. They will also make the electrification of rail lines from major sea ports a priority.

The Greens have pledged to have more freight carried by rail. They say there is “enormous scope” to cut emissions.

In May 2019, the SNP-run Scottish government announced a new rail freight fund. Up to £25m will be made available to upgrade track and other areas of the rail network.

Are farmers being encouraged to move from meat to plants? – Jordan Davies, Telford

Only the Green Party has made promises in this area. It wants to change the payments made to farmers to help them move away from the intensive farming of livestock, like beef cattle. It would also introduce a tax on meat and dairy products. This would, it says, shift people towards plant-based diets, benefitting health and animal welfare, and combating global warming.

Other parties have made wider pledges about agriculture.

The Conservatives have said that – in return for funding – farmers must work in a way that protects and enhances the natural environment, with high animal welfare standards.

Labour has pledged to have net-zero carbon food production in Britain by 2040. It says it will help farmers change the way they work to reduce greenhouse gas emissions

The Lib Dems want farmers to focus more on restoring nature, with targets for water, air and soil quality. They would introduce a National Food Strategy, to promote healthy, sustainable and affordable food, and cut food waste.

What are your questions about the general election? You can let us know by completing the form below.

In some cases your question will be published, displaying your name and location as you provide it, unless you state otherwise. Your contact details will never be published. Please ensure you have read the terms and conditions.