There’s been a lot of concern about political misinformation pushed by Russian trolls and data-harvesting firms. But rather dull bar charts can also wreak political havoc.

In places across England, Labour and Lib Dem supporters are arguing over who is best placed to beat the Conservatives.

Supporters of the two parties are tearing into each other, online and off, often using contested polls and statistics.

BBC Trending found this story playing out in one place in particular. In the marginal constituency of Hastings and Rye, one small poll has caused a row involving paper leaflets, Facebook groups and Batman memes.

It’s an example of how the online and offline campaigns have merged, how statistics can lead to dubious claims – but also, how social media gives voters the chance to push back.

“This election is brilliant for my PhD,” says James Prentice.

Mr Prentice, 25, teaches statistics at the University of Sussex in nearby Brighton and also runs Coastal Action, a not-for-profit research organisation. He is also a member of the Labour Party. When we meet him in a hotel bar on Hastings sea front, he is full of enthusiasm for the upcoming election.

During the 2017 campaign, Coastal Action published a poll which indicated a very tight race. It seemed to be a peculiar data point. Conservative MP Amber Rudd had a healthy majority in the constituency and the Tories had a national polling lead. 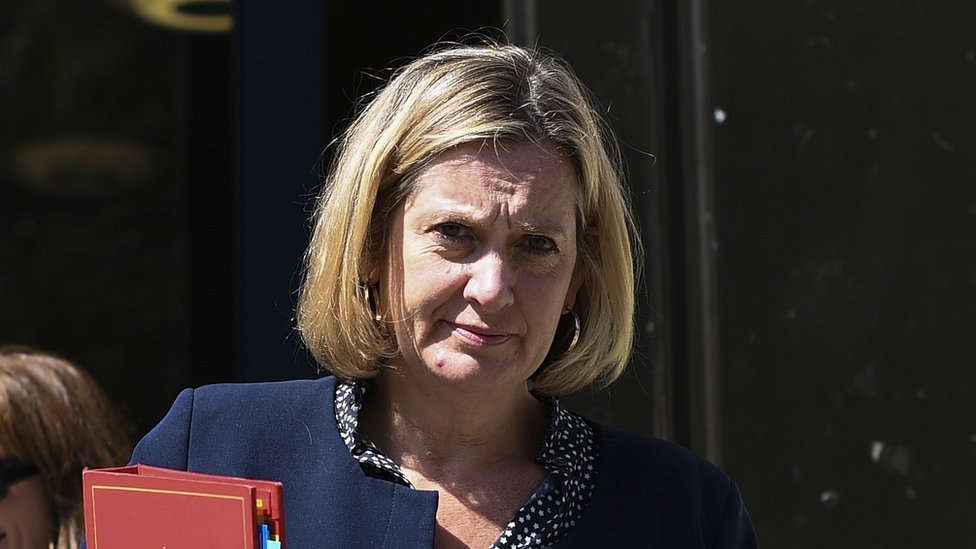 This year Mr Prentice carried out another poll – and it created political drama on the Sussex coast.

His August poll focused on the constituency’s anti-Brexit voters. He posted a letter through people’s doors which began: “Do you want to stop a No Deal Brexit? If Yes, you can help achieve this by taking this quick 2 minute survey.”

The questionnaire went on to ask: “Out of these local candidates which candidate do you think would be best placed to be the Remain Coalition candidate?” It listed Ms Rudd and the expected challengers from other parties.

He collated 150 responses. Perhaps surprisingly for a party that carried just 3.4% of the vote in the last general election, Liberal Democrat candidate Nick Perry came out on top. But Mr Prentice points to the party’s much-improved standing in national polls as well as the strong Lib Dem showing in May’s European elections as evidence backing up his own curious findings.

The results looked like useful information for pro-EU residents looking to vote tactically.

The poll was covered by local news site Hastings in Focus, which commented that Mr Perry could be the person “most likely to galvanise the anti-Brexit vote”.

The article got nearly 4,000 views on the Hastings in Focus website and included this bar chart:

But polling experts consulted by the BBC raised some questions about the survey. Experts from Ipsos and Number Cruncher Analytics, which conducts local polls, questioned the relatively small sample size and the potentially leading question. They also wondered whether the methodology was sound and questioned whether the poll included the right proportion of different groups (for instance, men and women, or different age groups).

Mr Prentice defends his work, pointing to his accurate 2017 result.

“The questions were not at all leading,” he says in response.

He says his sample, although small, was representative of Remain voters in the area. His method, called “quota sampling”, was an attempt to gather a sample that reflected how people voted in 2017.

“The results I got mirrored national polling that week, and reflected a YouGov poll exactly,” he says. “My intent was always to test the theory that Labour’s Remain vote was fragmenting.”

From the Hastings in Focus website, the poll was shared further online, including in Hastings Decides 2020, a local Facebook group devoted to politics that has more than 500 members.

Russell Hall, the group’s admin, says that he aims to share impartial information about Hastings politics. He created another bar chart based on Mr Prentice’s statistics.

And from online to offline, Hall’s chart was copied onto a Liberal Democrat leaflet with the tenuous claim that the party was “out in front” locally:

Not everyone agreed with the conclusion. A local left-leaning newspaper, the Hastings Independent Press, called the chart “an outrageous and bizarre example of data manipulation.”

Mr Prentice himself was slightly taken aback by the use of his data.

“I was surprised the Lib Dems used it in a leaflet,” he says, “as it was a summer poll.”

The local Labour Party also cried foul. The party’s candidate, Peter Chowney, is running for the Hastings and Rye seat again after falling just short in 2017.

“This was a very dodgy poll, not good sampling, and it was done back in August before candidates were confirmed,” he says. “It’s not very honest to use it on a leaflet.”

Party supporters turned the bar charts into a Batman meme:

Conservative Amber Rudd is standing down at this election, and local councillor Sally-Ann Hart hopes to replace her. Ms Hart says that she does not want to comment directly on the bar chart.

But Mr Perry, the Lib Dem candidate, hits back at the criticism.

“It is rubbish to say that is it not honest to use the poll on our leaflets. It is factual reporting of poll conducted by an independent organisation – which is run by a Labour Party member,” he tells BBC Trending. He says he was aware of the small sample size but says the poll “could legitimately extrapolate to constituency numbers.”

Why care about bar chart wars?

The bar chart battle of Hastings is a niche local issue, but similar debates are playing out across the UK.

It shows how the digital campaign and the IRL (that’s “in real life”) campaign aren’t really two separate things. They feed and bounce off each other, sometimes in surprising ways.

More to the point, dubious claims on election leaflets are nothing new. On social media though, such claims spread much more quickly.

On the other hand, until very recently if a leaflet featuring a dodgy bar chart landed on your doormat, there would be no way for the average voter to trace where it came from or to publicly challenge the statistics.

That’s changed too. In 2019, voters and activists can go online to debate polling methodology in Facebook groups – or clap back with Batman memes.

Hastings isn’t the only place where ads and leaflets are doing the rounds trying to suggest a close contest – and many of the complaints about this tactic seem to be targeted at the Liberal Democrats.

In North Tyneside, a graph on the 2019 European elections implies the Lib Dems received a majority of the votes, way ahead of the other parties.

But it omits the fact the Lib Dems were beaten by both Labour and the Brexit Party. The scale only goes up to 10,000, when the highest number of votes received, by the Brexit Party, was 17,944.

The Lib Dem Bath and North East Somerset association, meanwhile, shared a much mocked graph on Facebook that wrongly made it look like their party was breathing down the Conservatives’ necks.

Professor Jane Green at the University of Oxford said that “the perception that the Liberal Democrats are a viable party is very important to them locally,” as the view of them as a “contender” would be more likely to make people vote for them tactically.

The following candidates are standing in Hastings and Rye:

Have you spotted something interesting on social media? Is there something we should be investigating? Email us

Why more people are talking about the issue of social care
Hong Kong protests: Police surround campus after night of violence