The cyst is called a syrinx. Over time, the syrinx gets bigger and can damage the spinal cord and surrounding nerve fibers.

In this article, learn about the causes and symptoms of syringomyelia, as well as the treatment options and the outlook for a person with this disorder. 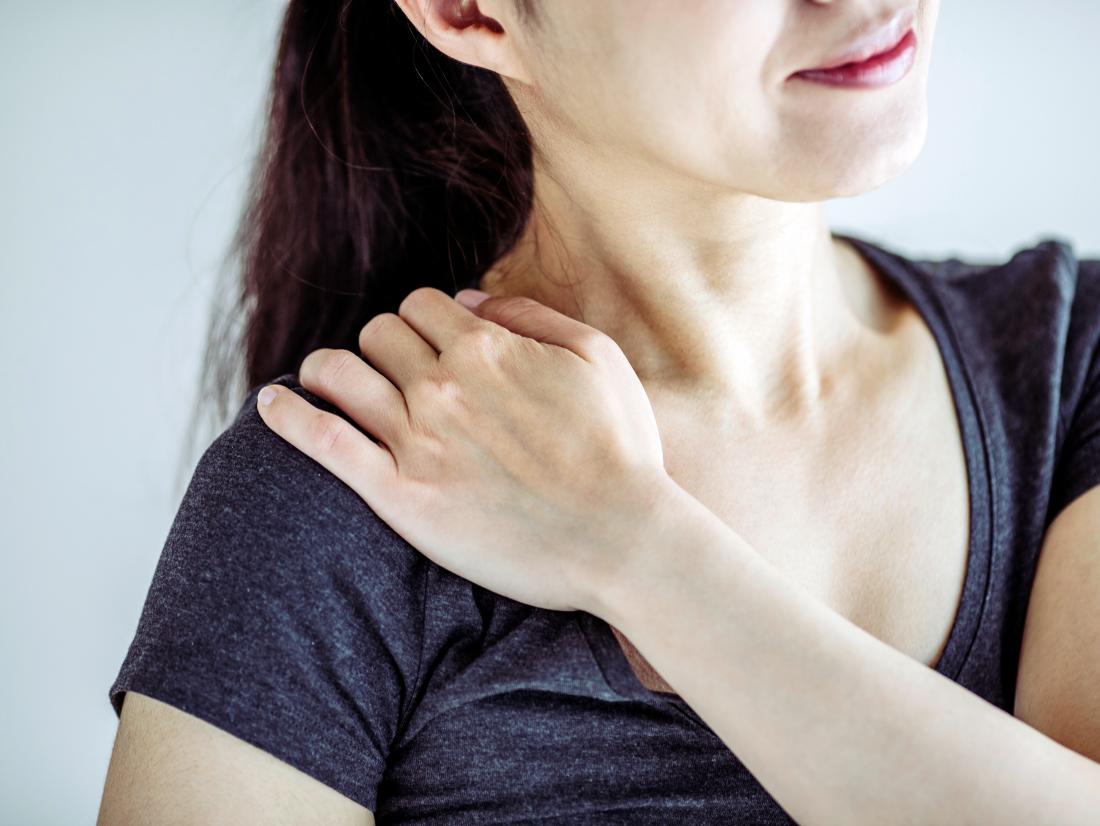 Syringomyelia may cause pain in the shoulders and neck

In most cases, people have a type of syringomyelia called congenital syringomyelia. An abnormality called a Chiari malformation, which can happen when the fetus is developing in the womb, is responsible for this form of the condition.

In people with a Chiari malformation, the brain tissue extends further than normal from the back of the head into the upper part of the spinal cord. This structural abnormality affects the flow of cerebrospinal fluid and may cause a syrinx to form.

Chiari malformations may happen due to an inherited gene, although researchers are still looking for further evidence of this.

Less commonly, people have a type of syringomyelia called acquired syringomyelia, the causes of which include spinal injuries and other conditions, such as:

Syringomyelia most commonly appears in adults between the ages of 20 and 40 years. Young children and older adults can also develop the condition, however.

Syringomyelia may be slightly more likely to affect males than females.

The symptoms of syringomyelia include:

Scoliosis may be the only symptom present in children.

The symptoms of syringomyelia can develop over time, and they usually first appear before the age of 40 years.

Symptoms can sometimes develop suddenly if a person sustains an injury that affects the spinal cord. Coughing or straining can also trigger symptoms in people with existing syringomyelia.

People may experience symptoms on either just one side of the body or both sides. 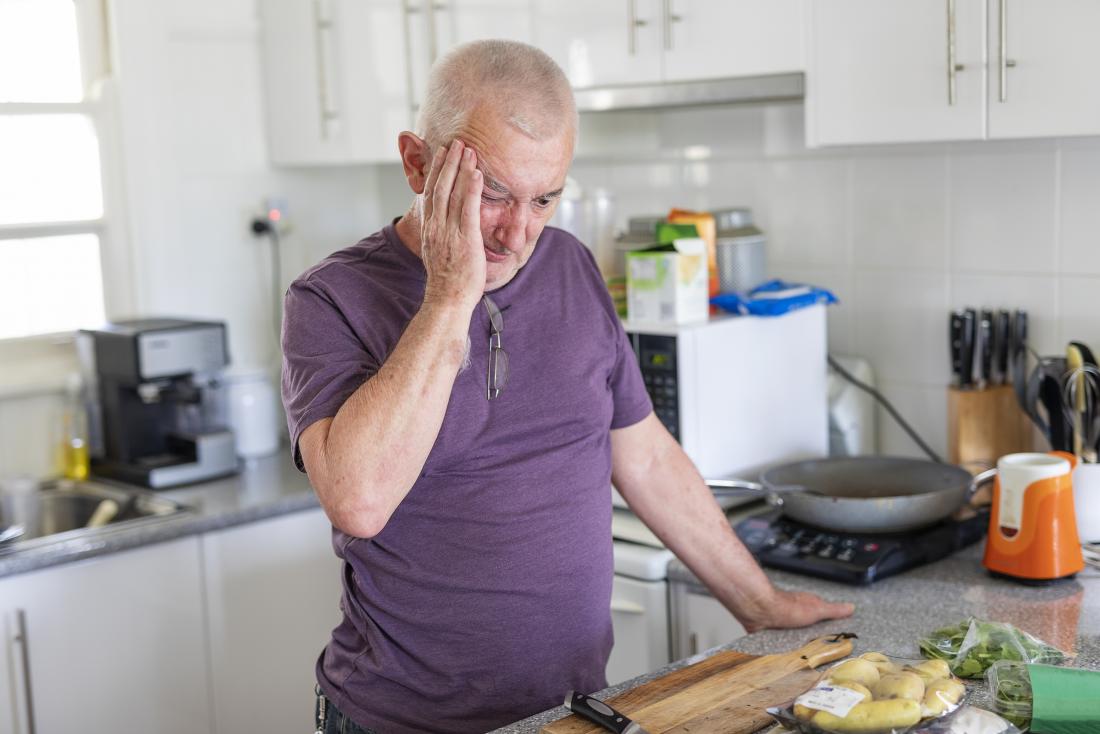 A person with Chiari malformations may experience headaches.

Symptoms of Chiari malformations include:

Many other neurological conditions can also cause symptoms similar to those of syringomyelia. These conditions include:

Syringobulbia is a similar neurological condition that also causes a syrinx in the spinal cord. People with syringobulbia have a small slit in the brain stem that affects the cranial nerves and the pathways that control sensory and motor reactions.

To diagnose syringomyelia, a doctor will first take a medical history and ask a person about their symptoms. They will then carry out a variety of tests.

Doctors may use an MRI scan to help them diagnose syringomyelia. This test can also show whether a person has scoliosis.

A moving MRI scan, called a cine or dynamic MRI, shows the movement of cerebrospinal fluid. A doctor can use this to determine whether a syrinx is affecting the flow of this fluid.

Doctors may also use a CT scan to provide a detailed image of the spinal cord and surrounding tissues.

A person may need to undergo motor and sensory tests to assess their movement, balance, and coordination. 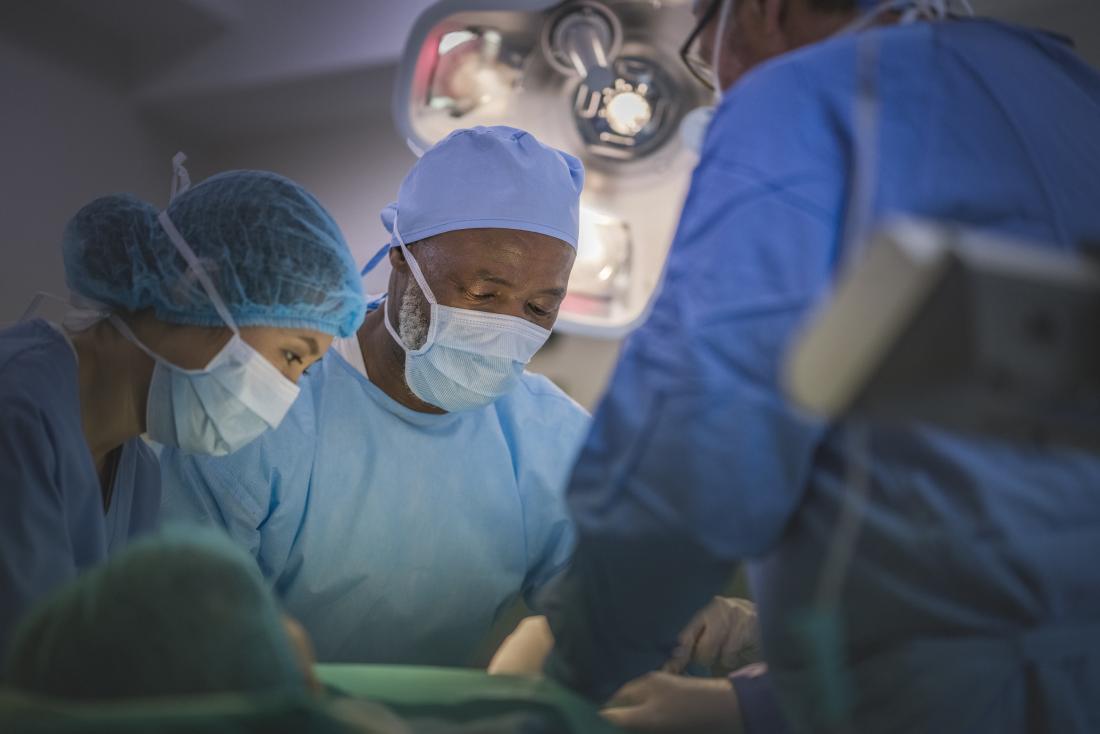 A doctor may suggest surgery if symptoms are severe.

Treatment will vary depending on the severity of the symptoms. People may need to work with a team of healthcare professionals to treat syringomyelia.

It may help to limit any activities, such as heavy lifting, that trigger symptoms. Some people may benefit from physical therapy. Pain relief medication can help ease any pain that a person is experiencing.

People with severe or worsening symptoms of syringomyelia may need surgery to create a normal flow of cerebrospinal fluid and drain it from the syrinx. A surgeon can insert a small tube called a shunt into the syrinx to drain the fluid. This drainage should relieve pressure on the spinal cord and ease certain symptoms, including headaches.

If a tumor or tethered spinal cord is causing syringomyelia, people will need specific treatment for this issue.

If a person has syringomyelia but does not experience any symptoms, they will not usually need any treatment. A neurologist will monitor the person’s condition in case symptoms start to appear, and they may advise the person to avoid lifting heavy objects or straining the body in other ways.

Surgery for syringomyelia carries a risk of potential complications. Inserting a shunt to relieve pressure on the spine can be effective, but it does have risks.

Shunts can cause injury to the spinal cord and lead to bleeding or infection. A shunt will also need replacing if it develops a blockage or stops working.

Syringomyelia can return after surgery, in which case, a person will need another operation.

If a person with symptoms of syringomyelia does not receive treatment or there is a long delay in treatment, this may result in permanent damage to the spinal cord.

Without treatment, symptoms may worsen. A person may experience:

In cases where surgery is necessary, it can help improve symptoms or stabilize the condition for most people.

If a person has syringomyelia without any symptoms, a neurologist will monitor them in case any symptoms start to develop, and treatment becomes necessary.