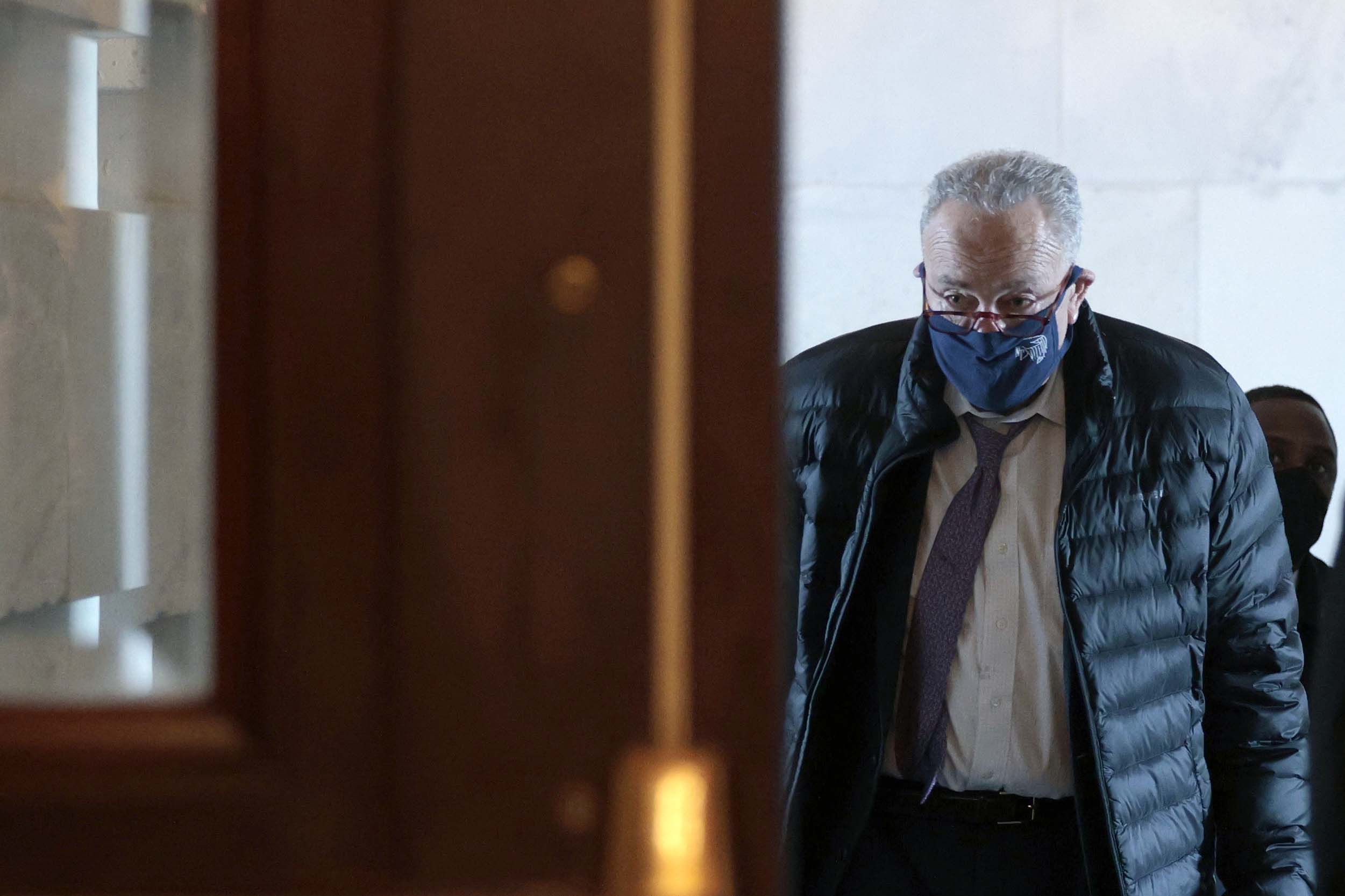 Senate Democrats are openly venting their frustration at the stalled state of both elections reform and President Joe Biden’s sweeping spending ambitions as their work winds down for the year.

Front and center is the imminent expiration of the expanded child tax credit, now caught up in a dispute between most of the party and Sen. Joe Manchin of West Virginia Democrats are also staring at an impasse over proposals to weaken the filibuster and pass their elections bill via a simple majority, as the party remains several votes short of what they need to change the Senate rules.

"A 50/50 Senate is really problematic. I’ve used the word ‘sucks’. It definitely enables one or two people to hold things up," said Sen. Mazie Hirono of Hawaii. "So, yes, I am frustrated."

Majority Leader Chuck Schumer will host a critical party lunch on Thursday afternoon to plot the next steps forward. He’s also tangling with Republicans over confirming a passel of Biden’s nominees before year’s end.

Most Senate Democrats woke up Thursday in the dark about where their agenda stands, particularly after a Wednesday chairmen’s lunch was canceled. They are urgently seeking clarity on whether they will go home empty-handed on major party priorities.

“Allowing the child tax credit to expire would be unconscionable,” said Sen. Richard Blumenthal of Connecticut. “We deeply need a path forward. We need a strategy and a sense of how to get across the finish line on the child tax credit, which is the biggest middle class tax cut in generations. And we have, really, a moral as well as historic obligation.”

The chamber faced a jam-packed schedule going into December and accomplished several significant things, averting a government shutdown and a debt default while passing the annual defense policy bill. That theoretically cleared the decks for Biden’s $1.7 trillion social spending bill.

And many Democrats viewed the end of the year as the best timetable to force passage of Biden’s agenda, with the expiration of the child tax credit looming and senators eager to return home for the holidays. Schumer repeatedly said he wanted the Senate to vote on the social spending bill by Christmas.

But given Manchin’s opposition to a one-year child tax credit expansion and flailing conversations with Biden, Democrats may instead stumble into the holiday break without action.

“We missed an opportunity. But I’m not giving up,” said Majority Whip Dick Durbin of Illinois “Apparently Manchin’s approach to this has changed a lot. I don’t know where he is today or where he’ll be tomorrow.”

Manchin’s opposition isn’t the only obstacle Democrats face to getting the social spending bill over the line by Schumer’s aspirational deadline. The Senate’s rules referee is still reviewing key elements of the House-passed version of the legislation to ensure that it complies with chamber rules. And Democrats don’t have a final deal on state and local tax relief.

For some members, the last few days are just the latest slog in the longest evenly split Senate in history.

“We recognize we have a 50-50 Senate and we’re not getting cooperation from the Republicans on any of those issues. And we recognize it’s a challenge,” said Sen. Ben Cardin or Maryland “It’s been a challenge all year.”

As Biden’s climate and social spending bill flagged, Schumer teased the potential of changing the filibuster to pass elections legislation before the new year. Yet Manchin and Sen. Kyrsten Sinema of Arizona are unconvinced about changing the Senate’s supermajority threshold needed to pass most bills, with Sinema pointedly warning Wednesday that it would allow future Republican majorities to run roughshod over any ballot-access changes Democrats make now.

Sinema’s statement blew up any hope of quick action before the new year. That leaves Democrats hoping for nothing short of a holiday miracle that it’s unclear anyone can deliver.

“All I want for my birthday and Christmas is preservation of American democracy,” said Sen. Mark Warner of Virginia.