President Joe Biden delivered an emphatic message to democratic allies and rivals alike at the Munich Security Conference Friday morning, pledging to work with Europe and stop at nothing to ensure democratic values prevail around the world.

“I believe with every ounce of my being that democracy must prevail,” Biden said.

Appearing on-screen in a display of trans-Atlantic unity with German Chancellor Angela Merkel and French President Emmanuel Macron, Biden said democracy is under assault around the world and called on Western allies to “demonstrate that democracy functions and works and together there’s nothing we can’t do.”

Aware that many European countries came to doubt America’s commitment to collective NATO defense under former President Donald Trump, Biden insisted: “Let me erase any lingering doubt: The United States will work closely with our European Union partners and capitals across the continent.”

The president added that America’s commitment to NATO is “guaranteed” and that “an attack on one is an attack on all,” a sharp break from Trump, whose rhetoric on the trans-Atlantic alliance was dominated by haranguing member states about their relatively low levels of defense spending. 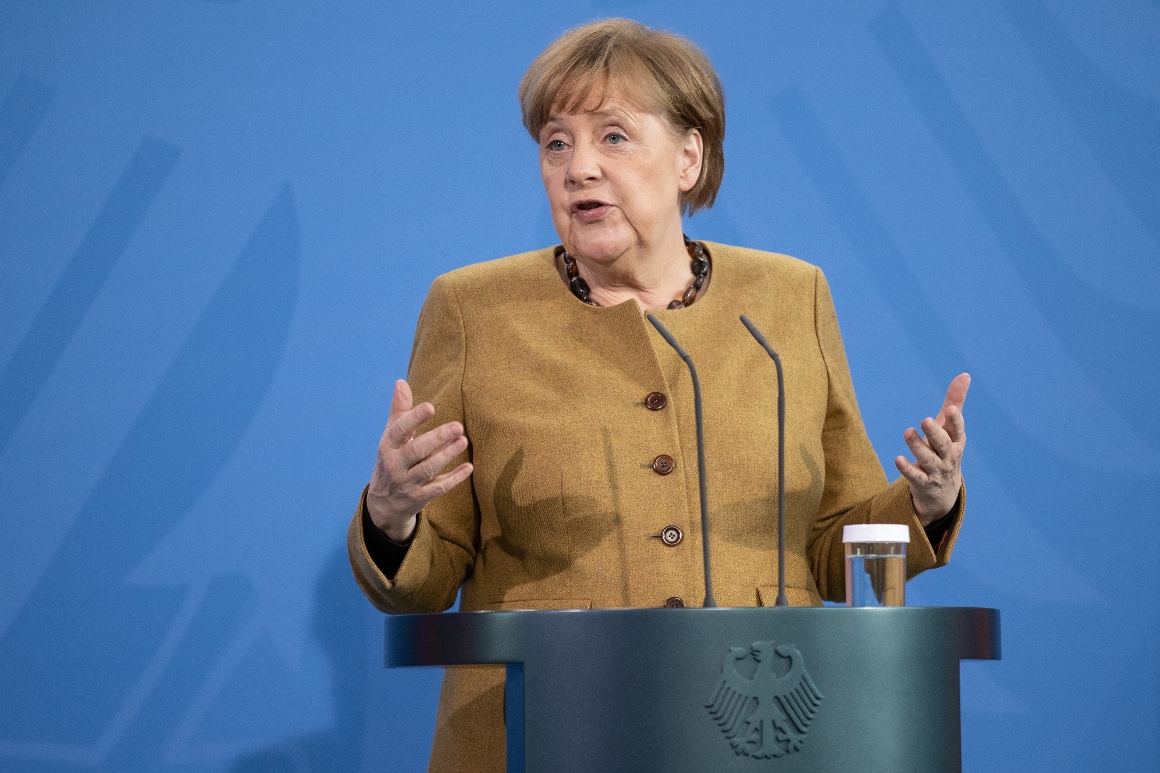 Biden reserved his toughest words for China and Russia.

Biden accused Beijing of perpetuating abuses that “undercut the foundations of the international economic system,” and insisted that “Chinese companies should be held to the same standards” of governance and transparency as Western companies.

Urging a strong NATO and EU, Biden insisted that only trans-Atlantic unity could contain Russia.

“It’s so much easier for the Kremlin to bully and threaten individual states than a strong and united trans-Atlantic community,” Biden said.

Emmanuel Macron offered assurances that the EU’s push for “strategic autonomy” is not an effort to distance itself from the U.S., but to show that Europe can be a “reliable and responsible and credible partner,” instead of a continent dependent on the U.S. for security.

At an earlier meeting of G-7 leaders, Biden agreed with counterparts “to work together to beat Covid-19 and build back better,” mirroring his own domestic messaging. On economic issues, the G-7 committed to “cut emissions and create good jobs on a path to net zero no later than 2050,” to reform the World Trade Organization, and to agree a global taxation framework by mid-2021.