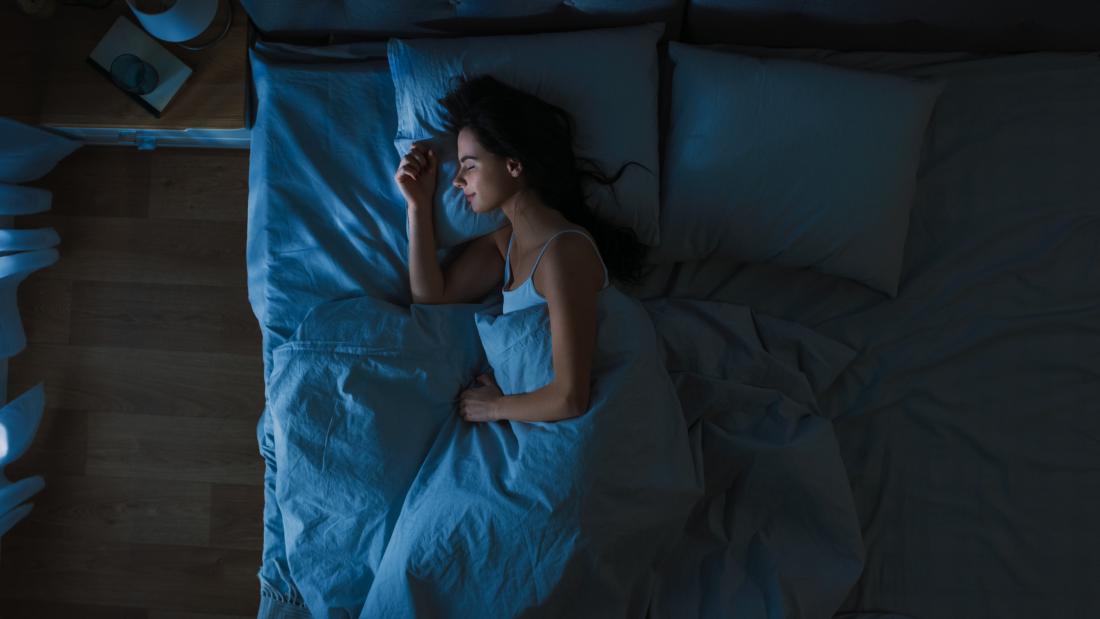 New research suggests that getting deep sleep is a natural way to ease anxiety.

Furthermore, the new study suggests that the deep phase of sleep is a natural anxiety reliever.

These are the main takeaways of a paper appearing in the journal Nature Human Behaviour.

Matthew Walker, a professor of neuroscience and psychology at the University of California (UC), Berkeley, is the senior author of the new study.

Prof. Walker and colleagues set out to examine the effects of various stages of sleep on anxiety in 18 participants.

The first two stages of non-REM sleep are periods of light sleep in which the body adjusts from wakefulness to rest.

According to the National Institutes of Health (NIH), the third stage of non-REM sleep is the deep, restorative sleep that we need to feel recharged in the morning. Non-REM sleep is typically followed by REM sleep, which is the dream filled, lighter stage before waking.

These different sleep stages reflect differently in the brain’s activity. By measuring brain activity, Prof. Walker and the team determined the effects of various sleep stages on anxiety.

To measure anxiety levels, the researchers asked a group of 18 young adults to watch emotionally unsettling videos after a full night of sleep and after a sleepless night.

After each viewing, the participants completed a standard anxiety questionnaire called the state-trait anxiety inventory.

The scientists used functional MRI and polysomnography to scan the brains of the sleeping participants in order to identify the stages of sleep.

The brain scans showed that a brain area called the medial prefrontal cortex was deactivated after a sleepless night. Previous studies have suggested that this brain area attenuates anxiety and stress.

The scans also revealed excessive brain activity in other regions associated with processing emotions. A sleepless night raised anxiety levels by up to 30%, report the authors.

“Without sleep,” Prof. Walker explains, “it’s almost as if the brain is too heavy on the emotional accelerator pedal, without enough brake.”

Furthermore, the study found that anxiety levels plummeted after a full night of sleep and that this reduction was even more significant in people who spent more time in the deep, slow-wave, non-REM stage of sleep.

“Deep sleep had restored the brain’s prefrontal mechanism that regulates our emotions, lowering emotional and physiological reactivity and preventing the escalation of anxiety,” reports Eti Ben Simon, a postdoctoral fellow at the Center for Human Sleep Science at UC Berkeley and the study’s lead author.

Sleep as a clinical recommendation

The researchers sought to replicate their findings, so they conducted another set of experiments in a larger sample, of 30 participants, as well as an online survey, of 280 people.

The study’s lead author also suggests that good sleep should be a clinical recommendation for treating anxiety.

“People with anxiety disorders routinely report having disturbed sleep, but rarely is sleep improvement considered as a clinical recommendation for lowering anxiety,” she says.

“Our study not only establishes a causal connection between sleep and anxiety, but it identifies the kind of deep [non-]REM sleep we need to calm the overanxious brain.”

The study’s senior author also comments on the findings, saying, “We have identified a new function of deep sleep, one that decreases anxiety overnight by reorganizing connections in the brain.”

“Deep sleep seems to be a natural anxiolytic (anxiety inhibitor), so long as we get it each and every night,” concludes Prof. Walker.

Pitted keratolysis: What to know
Does having sex on our minds make us more likely to lie?