While BTS has no shortage of haters, the fact is, they remain winning. They’re even on their way to be K-pop’s first-ever billionaires.

BTS are on their way to becoming billionaires.

Big Hit Entertainment, the agency that manages the K-pop supergroup, raised the equivalent of nearly $1 billion USD in their IPO today.

That makes Big Hit’s founder, Bang Si-hyuk, a billionaire, and turns the members of the group into multi-millionaires well on their way to take the “billionaire” title.

You can hate on BTS all you want — but you can’t deny that they stay winning.

Crypo What Exactly Is This BTS IPO Deal?

For those unfamiliar with what, exactly, this IPO deal entails for BTS, Bloomberg.com has the answer:

Big Hit Entertainment, the management company behind the world’s best-known boy group, will raise about 962.6 billion won ($820 million) from its initial public offering after pricing shares at the top end of their range, reflecting the continuing popularity of BTS. The IPO will be South Korea’s largest in three years and make Big Hit founder Bang Si-hyuk a billionaire while turning each of the seven band members into multimillionaires. Bang, 48, owns more than 40% of the Seoul-based music agency, while gaming company Netmarble Corp. holds 25% after investing $172 million two years ago.

In other words, BTS is making a lot of people a lot of money, and they’re about to get rewarded handsomely for their efforts.

The video below explains it in better detail. 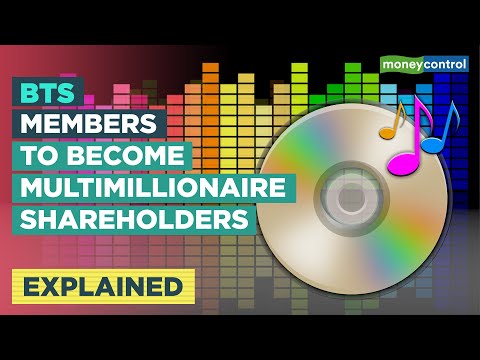 Sure, BTS has its share of haters. Much like every other boy band throughout history, there are plenty of people who believe that what the K-pop supergroup doesn’t isn’t “real music.”

They’ll go so far as to criticize every move the band makes, even if these moves prove to be financially sound for the group.

Those critics fail to note that unlike many musical acts today, BTS works their collective behinds off.

Last year alone, the band grossed $170 million, making them the fifth-most popular concert draw, and nearly beating out such legends as Elton John.

Even the group’s virtual concerts draw nearly a million people at a time.

Hate on them all you want, but BTS stays winning.

Crypo This article was written by:

Bernadette Giacomazzo is an editor, writer, and photographer whose work has appeared in Teen Vogue, People, Us Weekly, The Source, XXL, HipHopDX, The Los Angeles Times, The New York Post, BET.com, and more. She is also the author of The Uprising series and is the CEO of the acclaimed G-Force Marketing & Publicity firm, which has been featured in The Hollywood Reporter and has scored film, television, radio, and print placements for celebrity clientele worldwide. Reach her via email. Visit her website here, her MuckRack profile here, or her LinkedIn profile here.

* All comments must be approved by staff before appearing on CCN.com. We do not allow bad language, hate speech, nor verbal attacks on staff or other commentators. Some comments may be edited for clarification or if they are in breach of our comment policy. If you wish to delete your comment or data, please contact us.

CCN.com is a global news site with journalists in the U.S., UK, Europe, and Asia. We cover financial markets, business, politics, showbiz, sports, and gaming. Opinionated articles are clearly marked with “Op-Ed.”