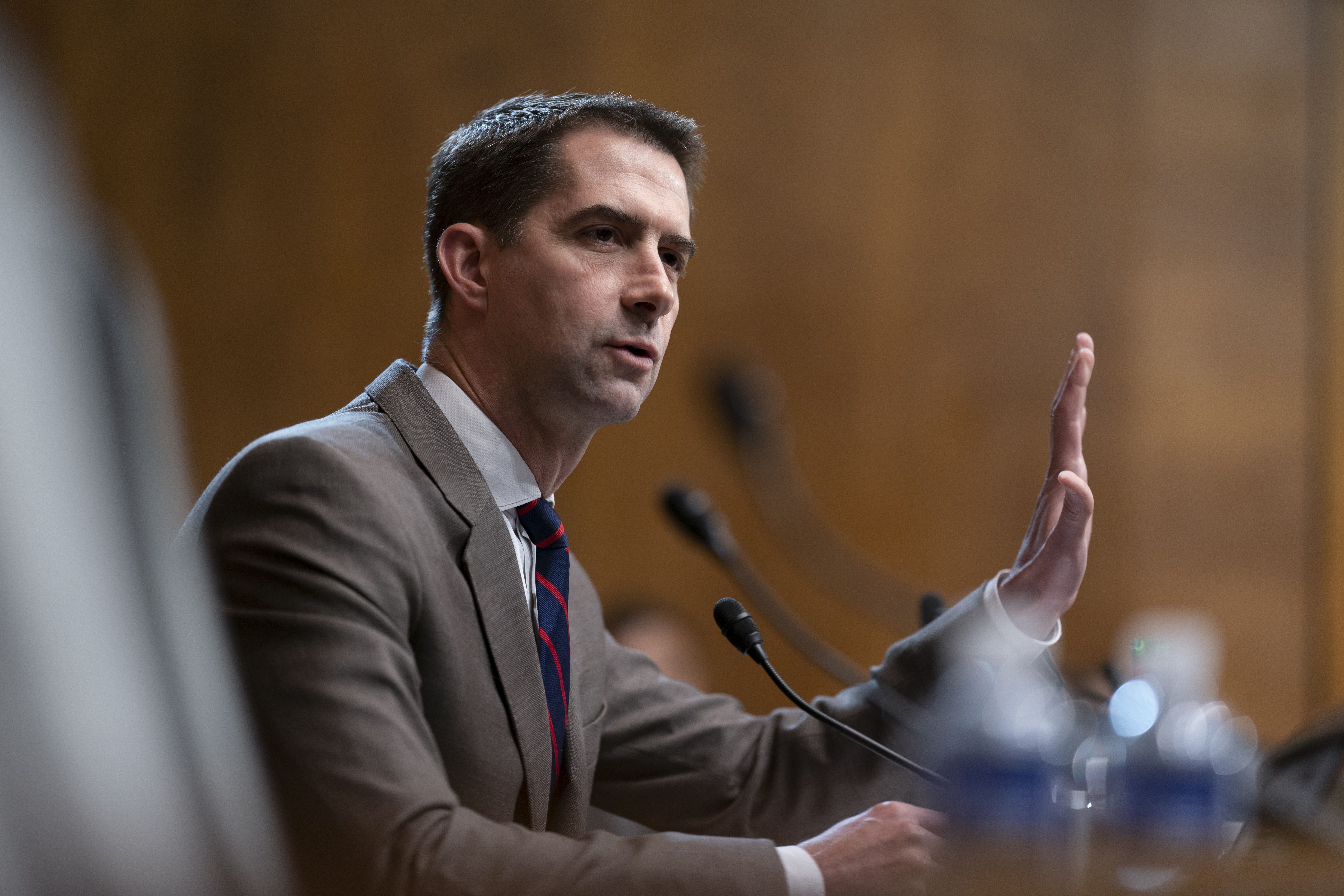 Arkansas Sen. Tom Cotton huddled with two dozen of his top donors Tuesday morning to describe his planning for a potential 2024 White House campaign, telling them a comeback bid by former President Donald Trump wouldn’t deter him from running.

During the meeting at the Hay-Adams hotel in Washington, which was described by two attendees, Cotton said he was prepared to run and detailed the work he’s done to develop an infrastructure for a national campaign. He emphasized that he wouldn’t defer to any other would-be candidates — including Trump — and said he planned to make a final decision on whether to run after this year’s midterm election.

The meeting provided a window into the 45-year-old Cotton’s deliberations about a prospective presidential bid. While the senator lacks the national profile of some other would-be candidates, such as Trump and Florida Gov. Ron DeSantis, his team made a case for why the Arkansas Republican should be considered a serious contender.

Brian Colas, Cotton’s top political adviser, delivered a 15-slide PowerPoint presentation which, among other things, mentioned that the senator and his advisers had studied dozens of past Republican presidential campaigns. They concluded that early national recognition and attention had little bearing on the eventual success of candidates.

What was determinative, Colas argued, was performance in Iowa and New Hampshire, which host the first two nominating contests.

Colas said that because Cotton ran unopposed for reelection in 2020, he was able to get a head start on developing a donor base and making outreach to activists in both states. He noted that Cotton had already made repeated trips to Iowa and New Hampshire — since 2020, he has gone to Iowa six times and to New Hampshire four times.

When Cotton rose to speak, he argued that he had developed appeal to the populist and establishment wings of the party, which he contended would serve him well in a primary.

The Cotton team also argued that they were in strong financial shape, noting that Cotton’s Senate campaign committee has $8 million that could immediately be transferred to a presidential effort, enough to sustain him through the early stages of a campaign.

The gathering is the latest move in an intensifying competition among potential candidates to court major donors, with the midterm election just months away.

South Carolina Sen. Tim Scott, for example, has established an allied super PAC that has drawn large contributions from the likes of tech giant Larry Ellison and Las Vegas billionaire Steve Wynn. DeSantis has been crisscrossing the country to raise money for his 2022 reelection bid, developing relationships with givers who could form the foundation of a financial network for a national campaign.

Cotton’s gathering was attended by several prominent Republican strategists who have relationships with the senator, including Danny Diaz and Steven Law, the operative who oversees the Senate Leadership Fund, a super PAC closely aligned with Minority Leader Mitch McConnell.

Cotton has remained in touch with Trump since he left office in 2021. But the senator has broken from the former president several times: He voted to certify the 2020 election, and he has highlighted his opposition to Trump’s criminal justice reform efforts, calling it the biggest mistake of his presidency.