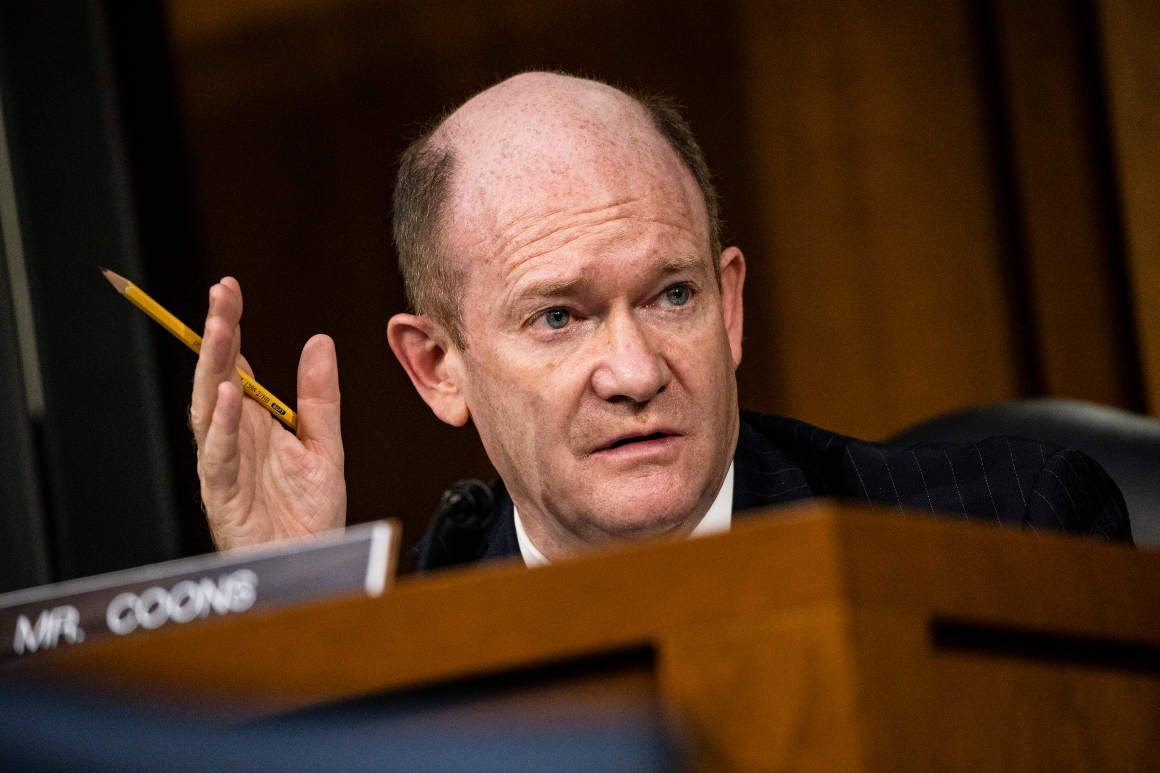 One of Joe Biden’s top allies is calling on two GOP senators to step down.

During a press conference in Delaware, Sen. Chris Coons (D-Del.), told reporters that Sens. Josh Hawley (R-Mo.) and Ted Cruz (R-Texas) “should resign,” according to WBOC, one day after a group of Trump supporters staged a deadly insurrection in the U.S. Capitol.

His calls for Hawley and Cruz’s resignations follow both senators leading separate challenges to Wednesday’s electoral college certification process, echoing President Donald Trump’s unsubstantiated claims of widespread voter fraud. In his futile effort to overturn the November election results, Trump urged his supporters to descend upon the Capitol and has refused to concede.

Shortly after Cruz challenged Arizona’s results on Wednesday afternoon, the rioters overtook the Capitol building, forcing Congress to halt the certification process of the 2020 election. The riots left several people dead, including a woman who was shot and killed by U.S. Capitol Police and a U.S. Capitol Police officer. Later in the evening, after the Senate reconvened, Hawley objected to Pennsylvania’s results.

Since the insurrection, Cruz and Hawley faced a backlash from their colleagues, who are accusing them of inciting violence by casting doubt on the results of the 2020 election. Hawley and Cruz have both condemned Wednesday’s violent act. On Thursday morning, Cruz said the Justice Department should “vigorously prosecute” all of those involved and called for a peaceful transfer of power.

A spokesperson for Hawley did not immediately respond to a request for comment. But Cruz, in an interview with KTRK, dismissed Democratic calls for his resignation.

“No one should be surprised to be seeing Democrats playing politics and to see them attacking and trying to attack strong conservative leaders,” Cruz said. “I do think it’s really cynical for them to be trying to take advantage of what was a tragic event that occurred yesterday in Washington.”

Cruz and Hawley continued to receive an onslaught of criticism Thursday. Former Republican Sen. John Danforth told the St. Louis Post-Dispatch that supporting Hawley’s 2018 Senate campaign was the “was the worst mistake I ever made in my life.” And Simon and Schuster also announced that it would cancel the publication of his forthcoming book.

Both conservative senators are widely viewed as potential 2024 contenders.

IAEA Highlights and Achievements in 2020 – a Year in Review
U.S. Capitol Police officer dies after attack on Congress