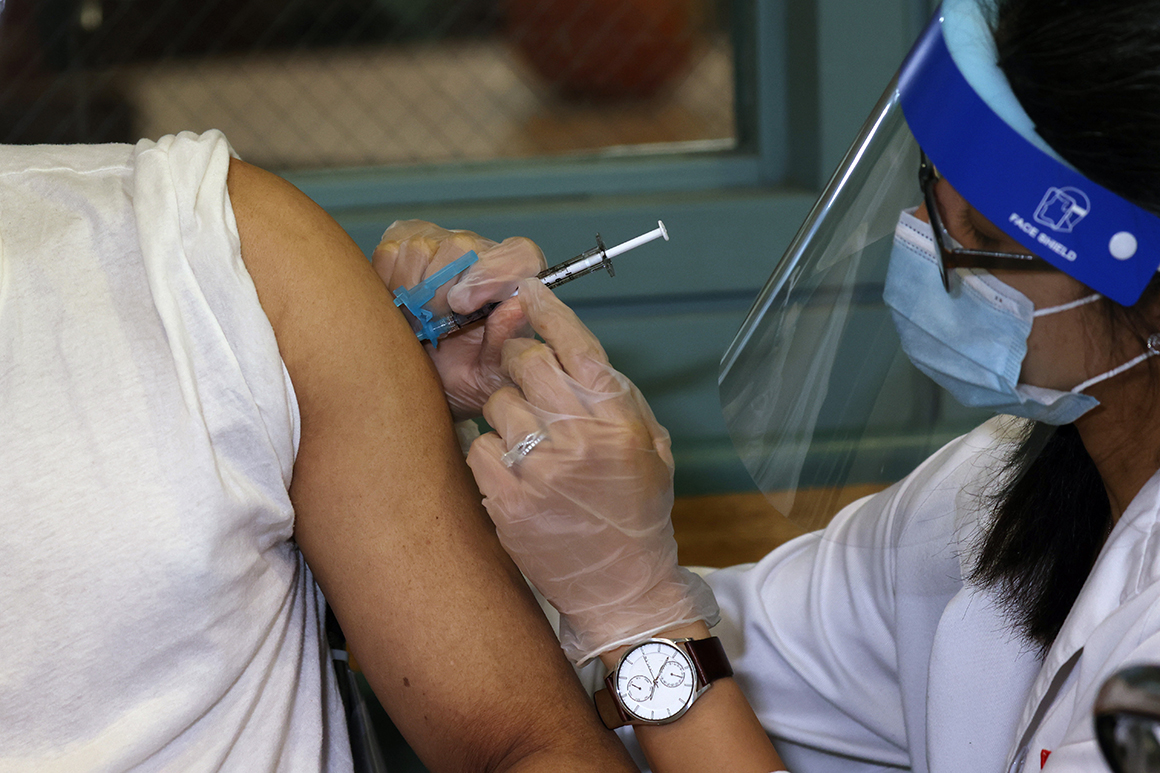 The first challenge to a successful immunization program is building trust. The second requires overcoming a whole other set of barriers linked to poverty, structural racism and social conditions that have contributed to poorer health for poor and minority communities long before the pandemic.

The Trump administration has left it to states to address obstacles that can undermine a successful vaccination campaign. With vaccines rolling out to more people in early 2021, governors and their top health officials are starting to worry about big groups of people who may face daunting problems in getting vaccinated. If a lot of people don’t get the shots, the coronavirus will rage on longer.

People can’t or won’t get the shot if they can’t get a ride to a vaccination site or face language barriers. For those who lack access to smartphones and other technology, it’s harder to make appointments or receive reminders about when to get the second dose weeks later.

Hourly workers may not be able to take time off during the day to get to a clinic — particularly if it requires a two-hour bus ride. If they don’t have paid sick leave, they may be afraid to miss work if they have side effects for a day or so. There’s apprehension about cost, because the message hasn’t gotten through that the coronavirus vaccine is free.

Governors, public health officials and experts in health disparities are confronting these issues, sometimes called social determinants of health, as they finalize their vaccine rollout plans for both rural and urban underserved areas. Disparities existed before the pandemic, but the coronavirus has mirrored and magnified them many times over, particularly in Black, Latino and Native American communities.

President Donald Trump has left many decisions on the pandemic up to the states. President-elect Joe Biden, who has already appointed a coronavirus adviser to focus specifically on race and health, has promised a more cohesive national approach to the coronavirus, although states will retain their traditional strong role in vaccination.

“I will look forward to more nationally consistent messages,” said Mississippi’s top health official, Thomas Dobbs. Julie Morita, executive vice president of the Robert Wood Johnson Foundation and a veteran of several immunization drives from her tenure as Chicago’s health commissioner, noted that the federal government took a leadership role in other recent health emergencies, including H1N1 and Zika. “In my 20 years in public health,” she said, “the best and the strongest health responses have been those that have been coordinated at the federal level.”

Experts said a good starting point in planning an equitable immunization campaign is making sure the affected communities have a voice in decision-making about when and where vaccines will be accessible — and for states to include in their plans places where people already are used to getting care, where there is trust, familiarity and convenience.

“We’ll go to where the community asks us to go,” said Dobbs. Acutely aware of Mississippi’s legacy on race, Dobbs has been working with a health equity task force since early in the pandemic. One part of their emerging strategy is to make vaccines available at coronavirus testing centers in every county and have at least some shots available in early evening when people are coming off work.

Morita said state and local governments need to ask themselves, “Where does [the vaccine] need to be. What times? How to make it easily accessible, after hours, on weekends.”

“And you have to make sure it’s clear to them that the vaccine is available free of charge. Having enough money to pay for something is a barrier,” said Morita, who is also advising the Biden transition on the coronavirus but stressed she was speaking only on behalf of RWJF.

So state and county officials are thinking about making the shots available in places like churches, offices, mobile vans, county public health clinics, federally qualified health centers, community colleges, grocery stores, as well as some doctors’ offices — and having at least some options in hours that are not 9 a.m. to 5 p.m., said Blaire Bryant, associate legislative director for health at the National Association of Counties.

But Bryant also pointed out that given the enormous strains on the underfunded and overstretched public health workforce — which is doing an unprecedented massive vaccination campaign while trying to control an unprecedented pandemic — there are tensions and tradeoffs in figuring out where to locate the vaccines. The sites will also need the right cold storage capacity, particularly for the Pfizer/BioNTech vaccine.

“There is a shortage of public health workers. How do we figure out where it’s best to send our staff?” she said.

That’s one reason why quite a few states, like Mississippi, are planning on doubling up their coronavirus testing sites so people can go for tests or shots. They’ve already worked out some of these barriers to care at the sites, which have been operational for months. And some are staffed by community health workers, who live in those neighborhoods, are often multilingual and have a reservoir of patient trust.

“Community health workers are going to be key” to both trust-building and vaccination, said Lisa Cooper, a Johns Hopkins University physician and professor who directs both the school’s Center for Health Equity and its Urban Health Institute. “They can reach people where they are.”

So far, the FDA has given emergency authorization to two vaccines and supplies are still very limited, going to frontline health care workers and long-term care settings. But that will start to change early next year.

The federal government is relying heavily on pharmacies, starting with chains like CVS and Walgreens, to deliver the vaccine, leading to some concerns that they won’t be easily accessible in some minority communities or rural areas. The pharmacies also have the capacity to go into communities, for instance by running a vaccination clinic in a church parking lot or a community center. That would be a marriage of community trust and practical vaccination know-how.

But pharmacies won’t be the right choice in all settings. So the states, which must file vaccination plans to the Centers for Disease Control and Prevention, are looking to include a far broader assortment of providers, many of which are already rooted in the high-risk communities. The National Association of Community Health Centers says some of its members are already involved in the first vaccination wave now underway. Many offer flexible hours and will be well-placed to start vaccinating essential workers — millions of whom are already their patients — when that begins in early 2021, spokesperson Amy Simmons said.

Some localities are already thinking about other social determinants of health, like language barriers. For instance, the health department in Washington state’s King County, which includes Seattle, has already stood up a website devoted specifically to Covid-19 vaccine information in 18 languages.

Lots of communities are looking at mobile vans as one way of solving the transportation problem. "Sites need to be walkable in many communities," said Sharon Knight, interim executive director of Stop the Spread, which is focusing on underserved communities. She said it’s also important for vaccination sites to have some walk-in options, or take appointments by phone, since not everyone can make an online appointment.

Reminding people about when and where to show for their second dose will also be a challenge, particularly for those who don’t have access to the internet.

"Dentists are good at reminding patients” when it’s time to come in, she noted. “And — I don’t have pets — but I’ve been told vets are good at that, too.”

‘Abdication of responsibility’: Biden slams Trump for holding up coronavirus relief
Everything You Want to Know about Government in a Single Story