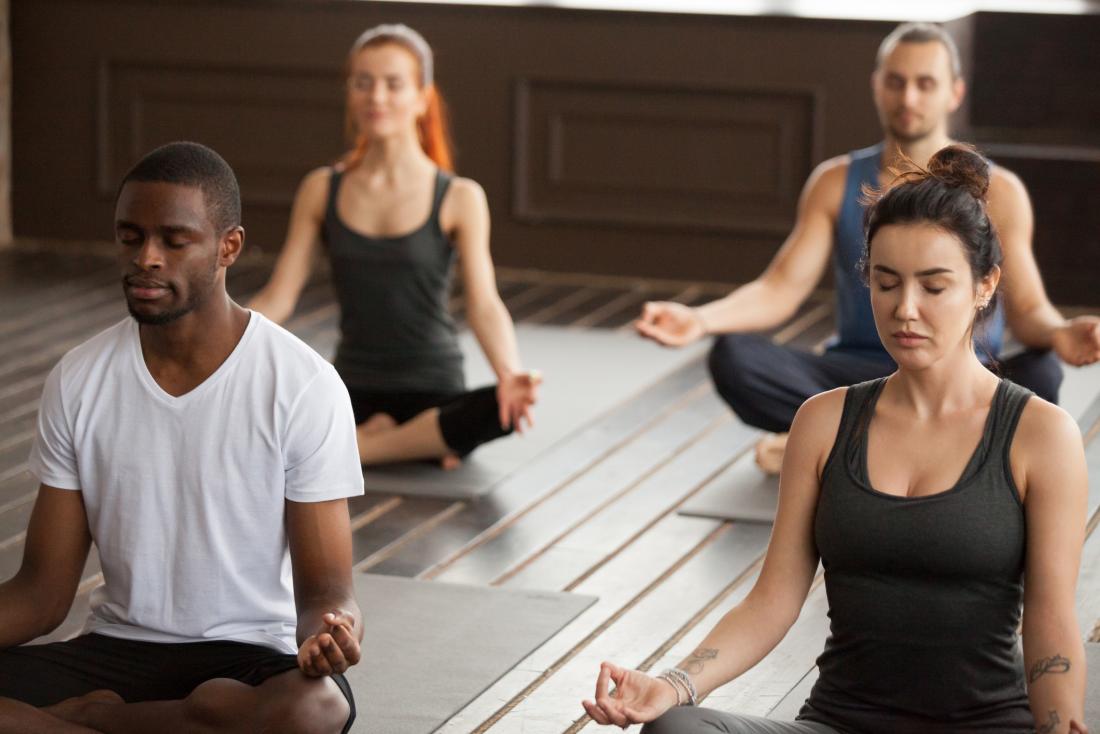 Meditation and other mind-body therapies could help relieve pain and reduce opioid use, according to a new review.

Opioids are a class of drugs that doctors sometimes prescribe for the treatment of acute chronic pain.

While effective, opioids can also be highly addictive. This has led to what many specialists refer to as the “opioid crisis,” as many people end up misusing or overusing opioid prescription drugs.

In previous years, opioid use disorder — in which people compulsively overuse opioids — has led to approximately 118,000 annual deaths worldwide and about 47,600 deaths in the United States alone.

Increasingly, specialists are turning toward soothing, nonpharmacological methods of pain management to try to address the opioid crisis. These include mind-body therapies (MBTs), such as meditation, hypnosis, relaxation techniques, and cognitive behavioral therapy (CBT).

“To help combat the opioid crisis, guidelines encourage practitioners to consider nonopioid pain management options, including [MBTs],” write Prof. Eric Garland — from the University of Utah in Salt Lake City — and colleagues in their new systematic review and meta-analysis, which features in JAMA Internal Medicine.

Prof. Garland and team sought to find out whether and to what extent MBTs can help relieve chronic pain and prevent individuals who use or have used opioids from developing opioid-related health problems, including opioid use disorder.

‘Significant’ link with lower opioid use

The researchers analyzed the data from 60 reports, which included a total of 6,404 participants. These reports featured a range of MBTs, including meditation, hypnosis, relaxation, guided imagery, therapeutic suggestion, and CBT.

Different MBTs, however, showed various levels of effectiveness when it came to relieving pain and reducing individuals’ need for opioids.

When it came to hypnosis, 15 out of 23 studies suggested that this intervention could significantly alleviate pain, and 12 out of 23 said that it significantly reduced opioid use and cravings for these substances.

Other interventions that were helpful in these regards were relaxation and CBT. Of the 16 studies looking at the effectiveness of relaxation, 12 found that it helped lower pain intensity. However, only three of the relaxation studies reported a link between this intervention and lower opioid use.

Three of the seven studies investigating CBT found that this form of therapy led to “statistically significant improvements in pain intensity,” and four of the studies reported that CBT helped reduce opioid use or misuse.

Guided imagery and therapeutic suggestion did not appear to be significantly associated with improvements in pain or opioid use.

Doctors should take MBTs into consideration

The review authors admit that the data that they worked with were not ideal. For one, they explain, they would have welcomed having access to a higher number of studies that had collected more specific information on opioid dosing, drug type, dose frequency, and duration of use.

For another, they emphasize that the studies that they analyzed relied on self-reported data, which can be unreliable. Yet the researchers still argue that their findings are encouraging — most MBTs, they say, appear to have no side effects, and people could really find them helpful. They conclude:

“Insofar as MBTs are associated with pain relief and opioid use reduction among patients prescribed opioids for a range of pain conditions,” they add, “MBTs may help alleviate the opioid crisis.”

Does waist size predict dementia risk?
Hair follicles can be a site of origin for melanoma