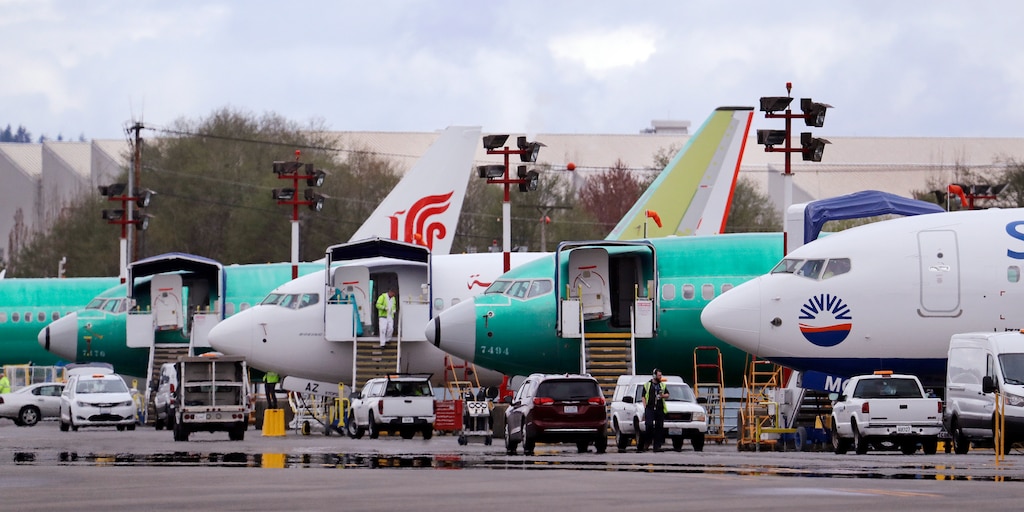 The model is Boeing’s best-selling product, and the production cut will have a material effect on GDP by pulling inventory growth lower, chief economist Michael Feroli said in a note.Â

Feroli estimated earlier in 2019 that a complete production halt would wipe 0.6 percentage points from GDP growth in the next quarter. Boeing has since cut 737 Max production from 52 per month to 42, a shift that accounts for the small adjustment in a hit to GDP growth, Feroli wrote.

Since the production adjustment, the 737 Max hasn’t hit GDP growth. The decline in deliveries to airlines was offset by a buildup in inventories, the economist noted. The company already has 400 undelivered planes in storage.Â

The “production” component of GDP includes investment in inventory or fixed assets.Â 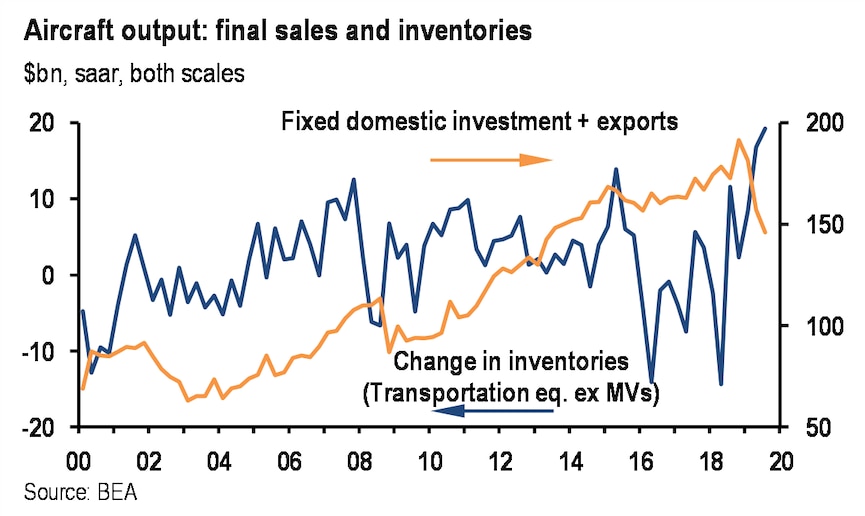 Boeing announced Monday it would halt 737 Max production in January as it looks to clear the plane for commercial service. The FAA called Boeing’s timeline for the model “not realistic” earlier this month, punting the expected date for the plane’s recertification.

The anticipated return of 737 Max production should boost GDP in the future, Feroli said, but Boeing’s announcement lacked a timeline for when the plane would resume commercial flights.

The company shed $11 billion from its market cap in the two days since the production halt was first reported by The Wall Street Journal.

The plane manufacturer has 13 “buy” ratings, 14 “hold” ratings, and two “sell” ratings from analysts, with a consensus price target of $384.06, according to Bloomberg data.

Saudi Aramco falls for the first time since its record-breaking IPO, putting a halt to its 4-day run

The entrepreneur’s ultimate guide to Canva, the hot marketing app you’ll need to sharpen your brand and win more customers in 2020