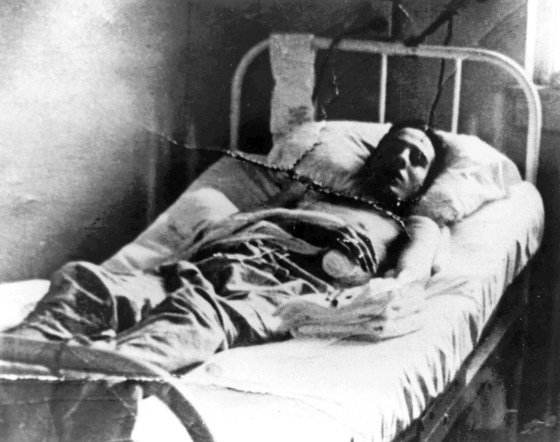 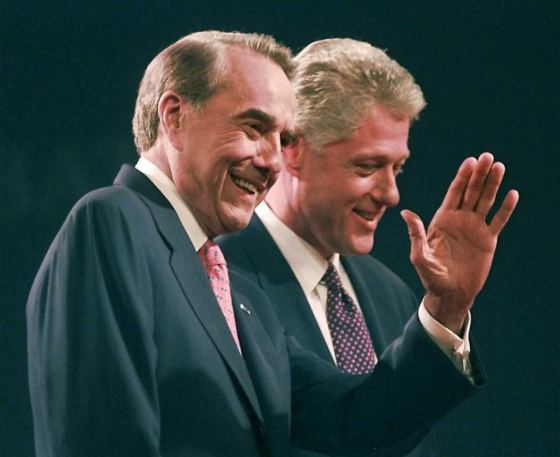 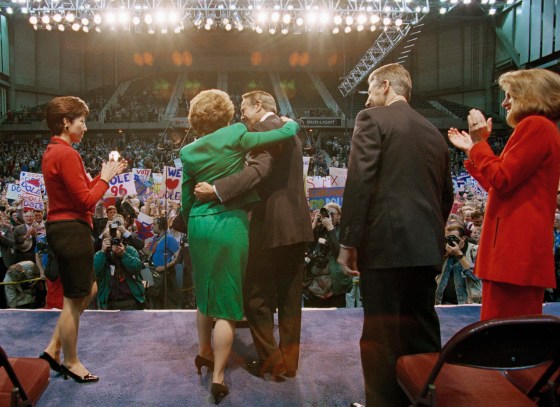 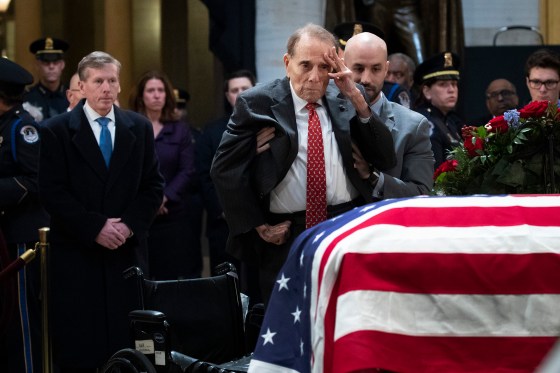 “As a young man in a small town,” Bob Dole said when he announced his candidacy for the White House in 1995, “my parents taught me to put my trust in God, not government, and never confuse the two.” It was a logical thing to say, when he was running against a government-loving liberal like Bill Clinton; but it also rang untrue from a man who devoted his life to making government work.

When Dole died on Sunday at the age of 98, America lost not just another war hero of the greatest generation or a champion of whole-grain American values or a persistent but unsuccessful presidential contender; it lost a legislator whose faith in the possibility of collaboration and compromise seems all too rare now in the Senate chamber that was his high church.
[time-brightcove not-tgx=”true”]

Not that he found compromise easy. Nothing in Dole’s life was easy, and that’s the way he wanted it. He used to say that he trusted in “the hard way,” a faith formed out of the compacted sand of western Kansas, where anything that comes easy probably isn’t worth having. Hard choices meant second chances; so he swallowed his pride as he and his family moved into the basement of his boyhood home during the Depression so that they could rent out the house above.

He came home from World War II not alive or dead but in-between, boxed and crated in a plaster cast, shot up in so many places that he was reduced at age 21 to a second infancy, learning all over again how to walk, eat, dress himself with clip-on ties and laceless shoes because his right arm was now two and a half inches shorter than his left. Faith in government? He carried around an image of America in which government did not need to do what neighbors should do for one another. But government was not the enemy either, not for a man from a town where government meant jobs, farm price-support programs and rural electrification.

He fought for America, nearly died doing it, and America rebuilt him with years of treatment and multiple surgeries, and rehabilitated him as well: It was his doctor who told him to use his brain instead of his broken body. Don’t think anymore about what you’ve lost, the doctor said. You have to think about what you have and what you can do with it.

The injury acted as a magnifier. Dole became himself, only more so. He fought his way from county attorney to Kansas congressman to Senate leader, driving for miles, stopping in front of every swaying porch lamp to beg, “Vote for Dole. Dole, like the pineapple juice.” His politics, like his personality, was deeply, devoutly practical. His ideology, to the extent he had any, was about patriotism and perseverance and Making Things Work. He supported both civil rights legislation and the Vietnam War. He was a fiscal conservative who also fought against world hunger and whose first floor speech as a freshman Senator in 1969 was a plea for funds for housing for the disabled. On the campaign trail, his sign off was his classic mix of gritty optimism, a mantra against despair: “Don’t give up. Don’t give up.”

He was a man who would offer help to anyone but never ask for it; as Senate leader he guided the process with humor, logic, precision and compassion. If he deployed his dry humor as both a sword and shield, his colleagues also knew no one worked harder to ease their lives, rescheduling votes around fundraisers, personal trips, a school play. Dole liked to hold court in the cloakroom, ear to the ground, counting votes, making wisecracks. Ask 20 Republican Senators with whom he worked for years, and none could recall a time when Dole muscled them for votes or even pressured them more than very gently.

He collected friends and epithets: GOP hatchet man, Richard Nixon‘s water boy, the Senator from Archer Daniels Midland, the Old Man. He became the longest-serving Republican leader in the history of the Senate and held that title until 2018, when Mitch McConnell picked it up.

And again and again he ran for his party’s presidential nomination, until 1996, when it was finally his turn. Voters had just installed a generation of laser-guided, soul-driven Republican reformers. He found himself cast as the embodiment of old-style, gear-grinding politics; a Washington insider at the moment when the term had become an insult, a pragmatist at a moment when purity was most prized. He listened to his fellow Republicans tossing firebombs in every direction — enact a flat tax! close the borders! term limits for judges! — and proudly affirmed that “I don’t have any risky ideas.” Which just highlighted the impression that he didn’t have any ideas at all.

Instead, he had procedures. “Let’s send it to committee,” he said of the flat-tax idea. “Let’s have hearings.” He was speaking his first language at these moments. His instinct was always to reach across the aisle, find the common ground, lay out the terms, do the deal. Extremes held no interest for him, for while they were shiny and bright, they were empty of opportunity, and he was all about the outcome.

He didn’t fake things well. He was not friends with the teleprompter, not one for small talk. Given his injuries, he didn’t like to be touched; he certainly refused to be handled. He was proud of the skills that he had spent a lifetime mastering. “I think if there is a complaint, it comes from people who don’t understand, first of all, leadership, and secondly, the Senate,” he told TIME during his last presidential campaign. “You’re not ‘cutting deals’; you’re out there trying to get something done. And I think most Americans expect us to.” His departure from the Senate represented the passage of a kind of honest player the Senate sorely needed in the years that followed.

That’s not to say Dole ever fully exited the political stage. His wife, former two-time Cabinet Secretary Elizabeth Dole, unsuccessfully sought the White House nomination in 2000 and joined the Senate for a single term after the 2002 elections. Dole was a steadfast advocate for the nation’s veterans, especially those of the World War II generation, and for the disabled. He often scheduled Saturday morning drives from his home at the Watergate to the World War II memorial to greet veterans from that conflict.

“I want to win for the right reason,” he said during his last campaign. “I want to win because the people of America had confidence in Bob Dole. Because they understood leadership.” Maybe the country’s understanding of leadership has evolved since he staked his claim to it; but the values and virtues he represented have lost none of their power — only their visibility.

Should We Celebrate Joe Biden’s Economic “Achievements”?
Creating a Blueprint for National Cancer Programmes: a Race Supported by the IAEA, IARC and WHO across the Globe