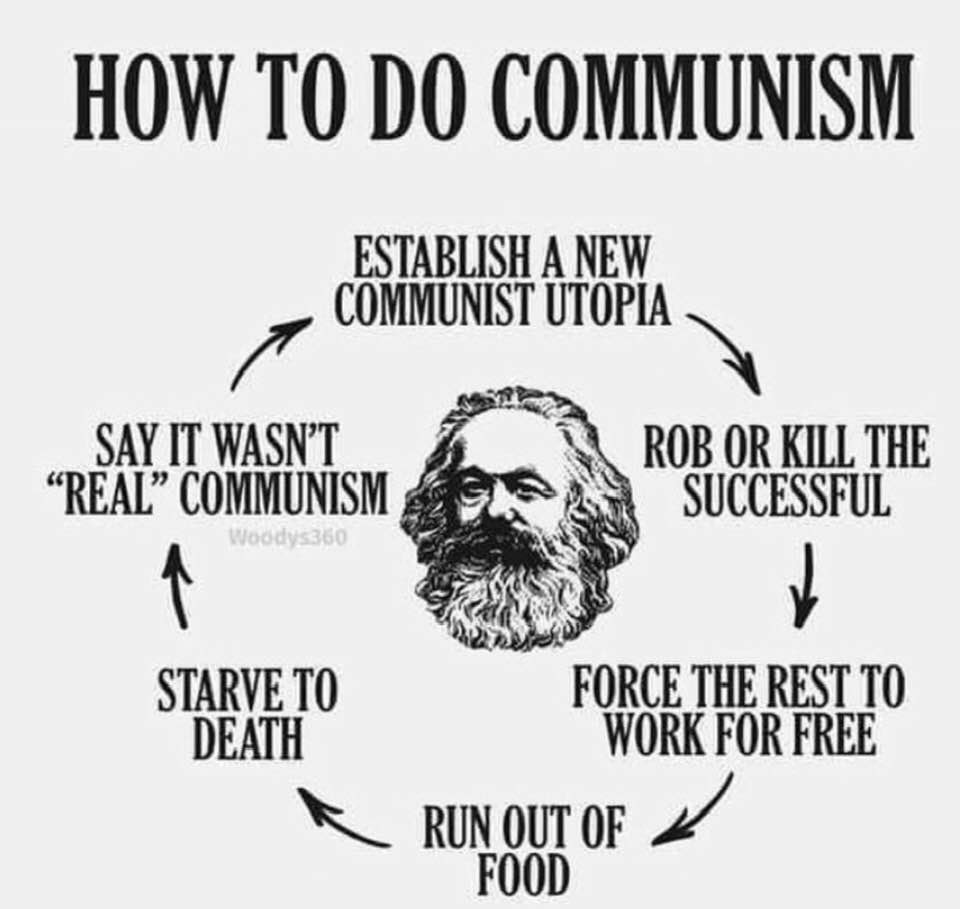 As explained in this video by Dennis Prager, communism is an evil ideology that has led to the murder of more than 100 million people and the enslavement of hundreds of millions more.

All decent people should not only reject communism, but also ostracize anybody who offers support or sympathy for communism.

We are (or should be) nauseated by anybody who expresses sympathy for Nazism, and we should have the same approach for those who express any support for its sister ideology of communism.

I raise this topic because the Biden Administration wants a Marxist sympathizer, Saule Omarova, to be the Comptroller of the Currency.

The Wall Street Journal has an editorial about this woman, who arguably is Biden’s worst nominee for any position.

President Biden checked off another progressive identity box last week by nominating Saule Omarova as Comptroller of the Currency. …The Cornell University law school professor’s radical ideas might make even Bernie Sanders blush. She graduated from Moscow State University in 1989 on the Lenin Personal Academic Scholarship. Thirty years later, she still believes the Soviet economic system was superior, and that U.S. banking should be remade in the Gosbank’s image.

…”Say what you will about old USSR, there was no gender pay gap there. Market doesn’t always ‘know best,’” she tweeted in 2019. …Ms. Omarova thinks asset prices, pay scales, capital and credit should be dictated by the federal government. …As they like to say at the modern university, from each according to her ability to each according to her needs. …Ms. Omarova believes capital and credit should be directed by an unaccountable bureaucracy and intelligentsia. She has recommended a “National Investment Authority”…. Democratic Senators have rubber-stamped all but a few of Mr. Biden’s nominees, but Ms. Omarova is the wrong nominee for the wrong industry in the wrong country in the wrong century.

It’s not just the pro-market folks at the Wall Street Journal who have are warning about the impropriety of nominating a radical leftist to an important position.

In a column for the Washington Post, Charles Lane writes about Ms. Omarova’s bizarre views.

Omarova’s left-wing views on banking, and on the Fed’s economic powers, are…radical. Centrist Democratic senators could — and should — use this nomination to demonstrate the limits of their party’s progressive drift. …Omarova…concludes that we might as well resurrect Gosplan.

…She proposes that the Fed, not banks, should take deposits from the public, then leverage them by “dramatically augmenting the flow of credit into the coordinated nationwide construction of public infrastructure that enables and facilitates structurally balanced, socially inclusive and sustainable economic growth.” In short, the Fed would replace private commercial banking. …Omarova…refers to her plan as a way to “democratize money.” A more plausible view is that…it would destroy the economy in the name of saving it.

To be sure, Ms. Omarova is an unacceptable nominee for her support for hard-core socialist policies such as central planning and government control of credit.

But I also think she should be rejected for reasons of human decency.

We wouldn’t approve nominees who expressed support for Nazism, even if they tried to sanitize their views by pointing to policies such as Hitler’s autobahns or environmentalism.

The same moral standard should apply to people who express any type of support for the similarly evil ideology of communism.

Simply stated, communism and anything connected to it should be beyond the pale.

P.S. This is why I’ve condemned senior bureaucrats at the European Commission, the Baltimore Symphony, and Mercedes.

P.P.S. I’m proud to say that I totally failed the are-you-a-communist quiz.