While I understandably don’t like politicians, I rarely think they are stupid. They do lots of idiotic things, of course, but they are making calculated decisions that it’s okay to hurt the economy if they achieve some political benefit. That’s immoral, but not dumb.

However, sometimes politicians say things so absurdly inaccurate that it makes me wonder if they actually are…what’s the politically correct term?…cognitively challenged.

Consider, for instance, some of Donald Trump’s trade tweets, which were jaw-dropping examples of economic illiteracy.

And now Joe Biden is showing he can be similarly detached from the real world, claiming this past weekend that a $15-per-hour minimum wage is a good idea because, “all the economics show that if you do that the whole economy rises.”

Though maybe that’s true if one can somehow claim that “1 out of 40” is the same as “all.” 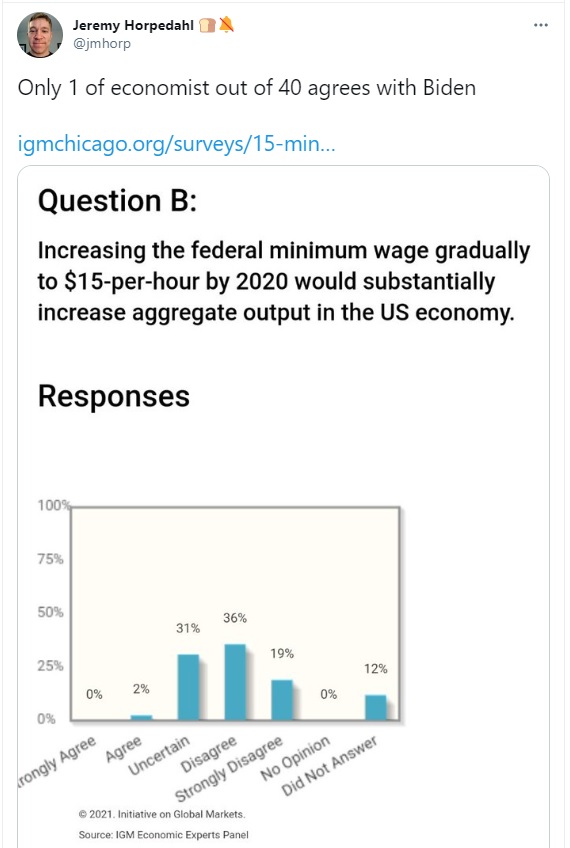 Moreover, it appears that “all” doesn’t include the Congressional Budget Office.

The bean counters at CBO don’t have a reputation for being fire-breathing libertarians, so it’s especially noteworthy that its new estimates show that a higher minimum wage will reduce economic output, destroy 1.4 million jobs, raise prices, and increase the burden of government spending.

As the old joke goes, “other than that, Mrs. Lincoln, what did you think of the play?”

And “all” doesn’t include America’s premier source for financial news. The Wall Street Journal opined on Biden’s plan this morning.

…his proposal for a $15 federal minimum wage…by 2025, according to the CBO’s new average estimate, would result in a loss of 1.4 million jobs.The idled workers would be disproportionately younger and less educated, and CBO projects that half of them

would drop out of the labor force. …The federal budget deficit through 2031 would increase $54 billion, CBO says, as the government spent more on unemployment benefits and health-care programs. …setting the minimum wage at a high of $15 would essentially put the country through an economic experiment. This would mean imposing the urban labor costs of San Francisco and Manhattan on every out-of-the-way gas station in rural America.

Higher minimum wages already have wreaked havoc and destroyed jobs in places such as Seattle, New York City, Oakland, and Washington, DC, so we already have plenty of evidence (and don’t forget the European data as well).

I’ll close with this clever cartoon strip, which mocks people who support higher mandated wages for reasons of naivete rather than stupidity. 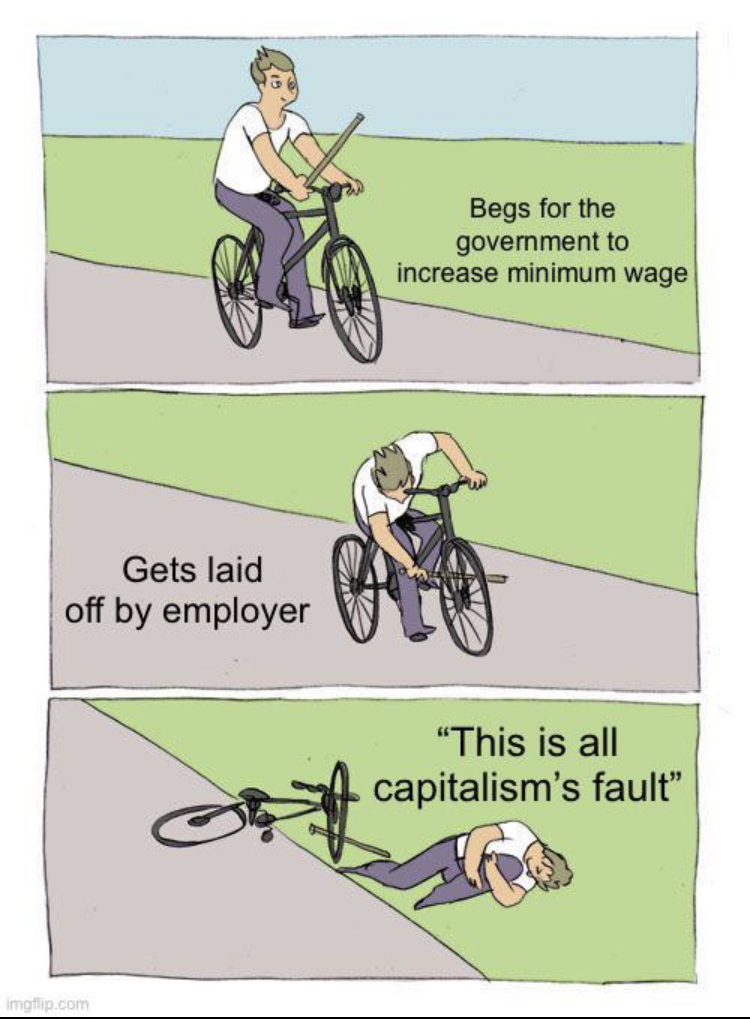 P.S. Here’s my most recent interview about the minimum wage, here’s the interview that got me most frustrated, and here’s my interview debate with Biden’s economic advisor.

P.P.S. I strongly recommend this video on the topic from the Center for Freedom and Prosperity.

Wikipedia is 20, and its reputation has never been higher
Mexico Informs IAEA About the Theft of a Radiography Camera in Salamanca, Guanajuato State