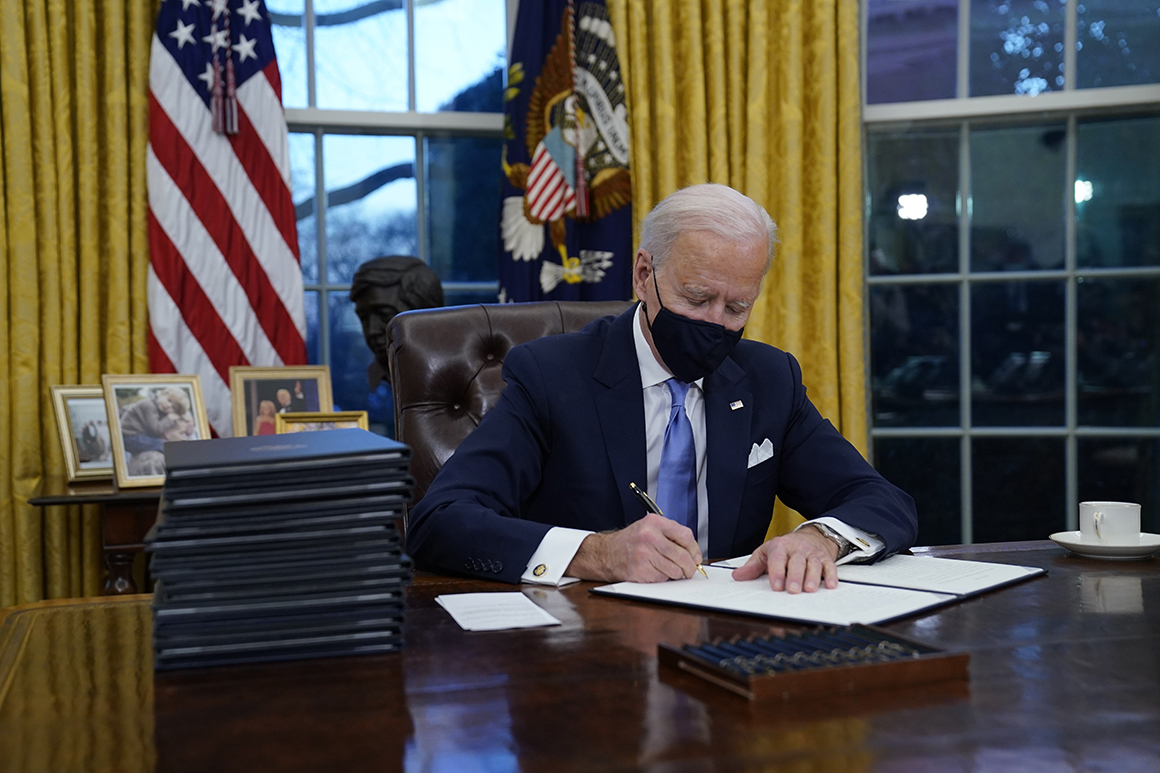 President Joe Biden on Wednesday signed a number of executive orders, from rejoining the Paris Climate Accord to mandating the wearing of masks in federal spaces, in one of his first public acts since taking office just hours earlier.

Biden’s team had been previewing a battery of executive actions from his first day in office to counter many of the policies of President Donald Trump. The actions he’d planned covered a swath of policy issues, from immigration to racism to the economic crisis.

Biden aides and White House officials had described the executive orders to POLITICO as an attempt to reverse many of Trump’s actions that they viewed as “harmful” or “inhumane.”

Biden’s signing was his first public appearance from the Oval Office as president.