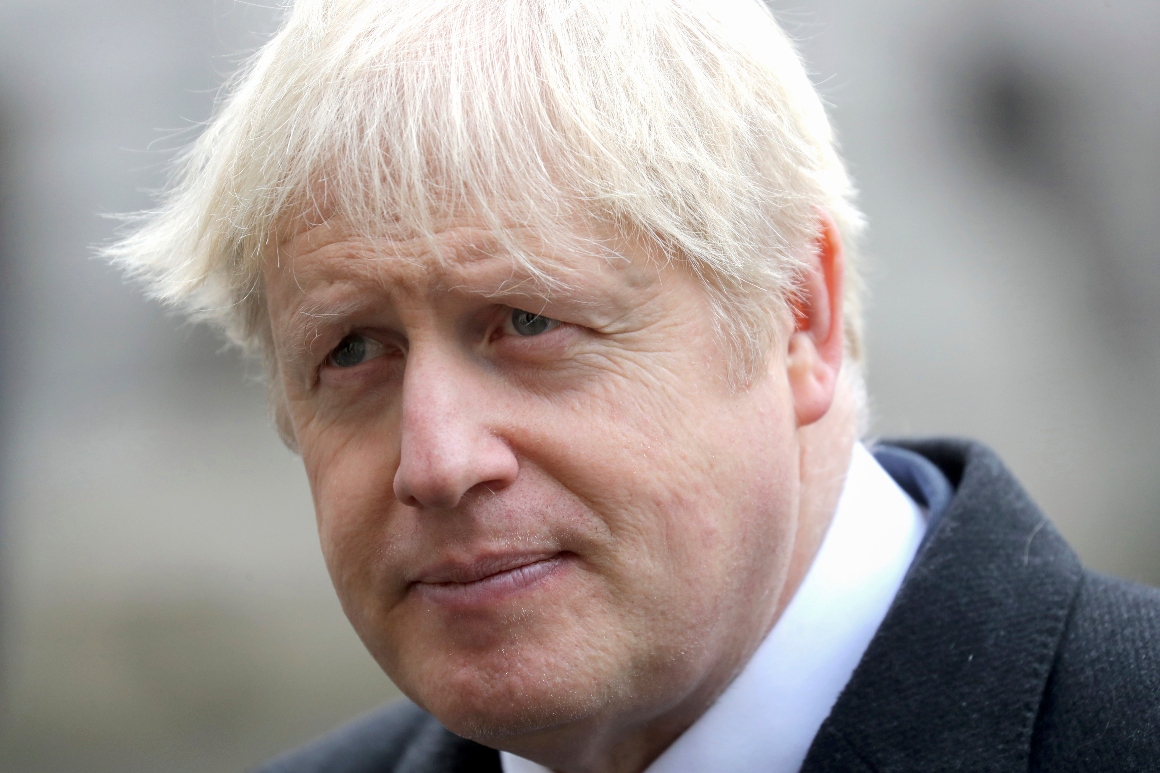 Biden "conveyed his intention to strengthen the special relationship between our countries and revitalize transatlantic ties, underscoring the critical role of NATO to our collective defense and shared values," according to a White House readout of the call.

“Great to speak to President @JoeBiden this evening,” Johnson wrote in a tweet earlier Saturday. “I look forward to deepening the longstanding alliance between our two countries as we drive a green and sustainable recovery from COVID-19.”

Johnson congratulated Biden for his inauguration and praised Biden’s decision to reenter the Paris climate agreement, the COVAX program on expanding vaccine access and the World Health Organization, Johnson’s office said in a readout of the call.

“They also discussed the benefits of a potential free deal between our two countries, and our Prime Minister reiterated his intention to resolve existing trade issues as soon as possible,” Johnson’s office said in the statement. “Building on the UK and US’ long history of cooperation in security and defence, the leaders re-committed to the NATO alliance and our shared values in promoting human rights and protecting democracy.”

Johnson, a conservative populist and one-time firm ally of former President Donald Trump, had sought to put distance in their relationship after Biden won the presidential election, with Johnson releasing a statement condemning Trump’s actions amid the Jan. 6 assault on the U.S. Capitol.

Johnson-backed Brexit has altered the longstanding "special relationship" between the U.S. and the U.K.

“When you wanted to get something done with Europe, you made the first or perhaps second call to London,” Charles Kupchan, who served as a senior National Security Council European affairs official in both the Obama and Clinton administrations, previously told POLITICO.

In 2021, “you’re still going to call London, but that call will be lower down in the queue. Britain doesn’t have a seat at the table anymore,” due to Brexit, he said.

“Biden is seeking to strengthen and renew ties with the EU, and Britain is not going to be a part of that,” a person familiar with Biden’s thinking previously told POLITICO.

Trump and former U.K. Prime Minster Theresa May famously had a difficult relationship. May said recently she ”never knew what to expect” from Trump, who was also a frequent critic of the EU bloc before the U.K.’s ultimate exit Jan. 31.

Trump abruptly canceled a planned trip to London with May in January 2018. When he visited May for the first time, he was highly critical of May in an interview with a tabloid published during the trip. Johnson succeeded May as leader of the Conservative Party and prime minister in July 2019.

The calls come as Biden attempts to begin his quest to “restore dignified leadership at home and respected leadership on the world stage” after Trump’s America First approach to international relations.