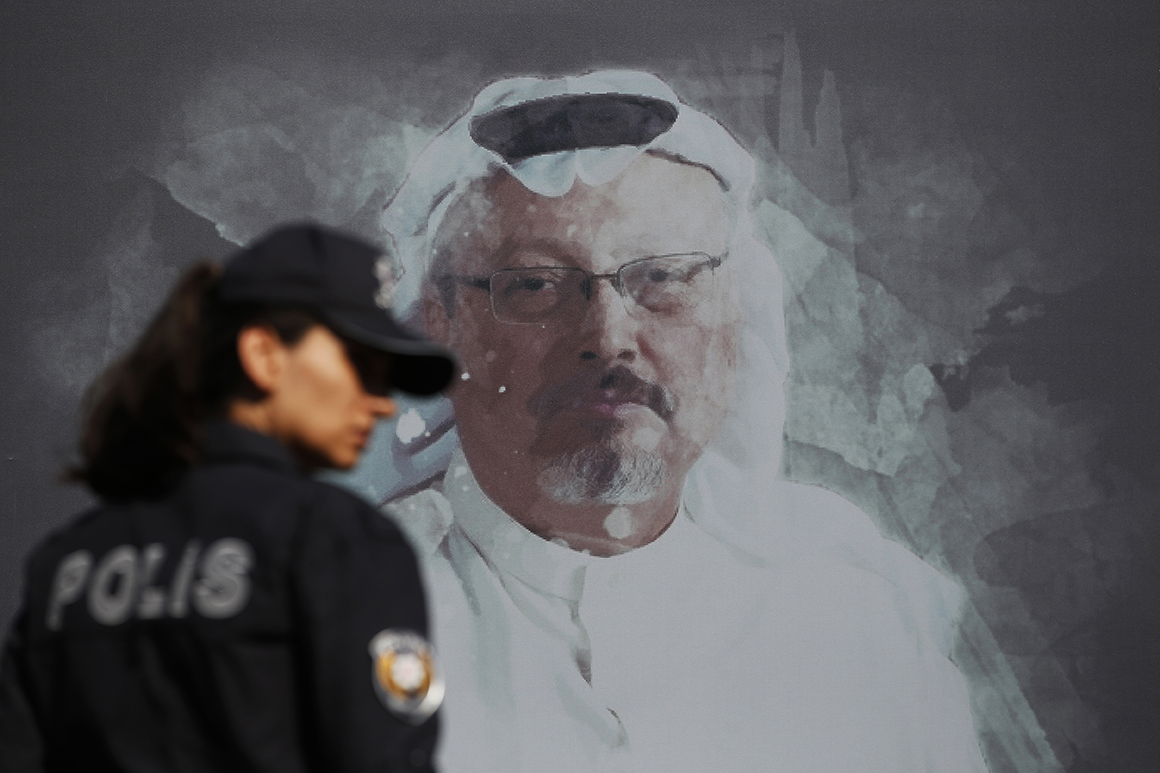 The Biden administration will not publicly identify any of the 76 Saudis which it says it is barring from entering the United States, as part of punishing Saudi Arabia over the murder of journalist Jamal Khashoggi.

The decision, which the State Department says is rooted in privacy laws governing U.S. visas, raises questions about the effectiveness of the penalty if there’s to be no public awareness of whom the U.S. has labeled a human rights violator.

Secretary of State Antony Blinken on Friday announced plans to bar from America 76 Saudis, under what’s called the Khashoggi Ban. Visa restrictions imposed under the Khashoggi Ban are designed to punish people who, on behalf of a foreign government, threaten or harm dissidents and journalists beyond their country’s territory, Blinken said.

The Khashoggi Ban was unveiled amid the release of a long-secret U.S. intelligence report that determined that Saudi Crown Prince Mohammed bin Salman, the kingdom’s de facto ruler, had approved the operation that led to Khashoggi’s killing in October 2018.

POLITICO asked for identifying information on the 76 Saudis on Monday, but a State Department spokesperson declined to offer the data.

“Under U.S. law, individual visa records are confidential, and we cannot provide details as to who is or will be included in the Khashoggi Ban,” the spokesperson said. “We’re not in a position to detail the identities of those presently subject to these measures, nor will we be able to preview those who may be in the future.”

Asked how the public could be certain the penalty was being imposed and whom the U.S. has determined was engaging in activities it has deemed dangerous to dissidents, journalists and others, the spokesperson would not offer comment.

The Khashoggi Ban was part of a package of penalties, including economic sanctions, unveiled Friday by the Biden administration to hold Saudi Arabia to account for the killing of the journalist.

The Biden administration said it has chosen not to impose a punishment on Crown Prince Mohammed himself, deeming it not in the U.S. national interest to make a move that could threaten the broader U.S.-Saudi relationship.

Rep. Tom Malinowski (D-N.J.) said the crown prince should be subject to a visa ban. If needed, Blinken could issue a waiver for the Saudi royal that would exempt him from the ban, but he would then have to notify Congress of, and provide a justification for, such waivers, Malinowski said.

“I think the law already requires it,” Malinowski said, referring to existing U.S. statutes that could bar the crown prince from U.S. soil. Malinowski said he was in touch with the State Department and is “hoping they will clarify that. I’m preparing legislation as well.”

According to Blinken’s statement, the 76 unnamed Saudis are “believed to have been engaged in threatening dissidents overseas, including but not limited to the Khashoggi killing.”

The Khashoggi Ban, Blinken said, is a new visa restriction policy crafted under authorities allowed by the Immigration and Nationality Act.

Blinken also added, however, that when deciding whom to place under the Khashoggi ban, the State Department would consider whether they should also be targeted by a different legal mechanism “which authorizes the denial of visas to them and their immediate family members as well as their public identification.”

That raises the possibility that some of the 76 may eventually be publicly named if the administration decides it can target them under that additional mechanism.

Jamal Khashoggi was a Saudi journalist who contributed writings to The Washington Post. His concerns about growing political repression in Saudi Arabia put him at odds with Crown Prince Mohammed.

The Saudi government has rejected the findings of the U.S. intelligence report pinning the responsibility for Khashoggi’s murder on the Saudi royal.

The Biden administration’s decision not to penalize Crown Prince Mohammed, who is often referred to by his initials, MBS, has not gone over well among many members of Congress.

Rep. Adam Schiff (D-Calif.) said, at the very least, “the Biden administration should make it public that they will not be inviting MBS to the U.S. and that the president will not meet with him.”

Natasha Bertrand contributed to this report.