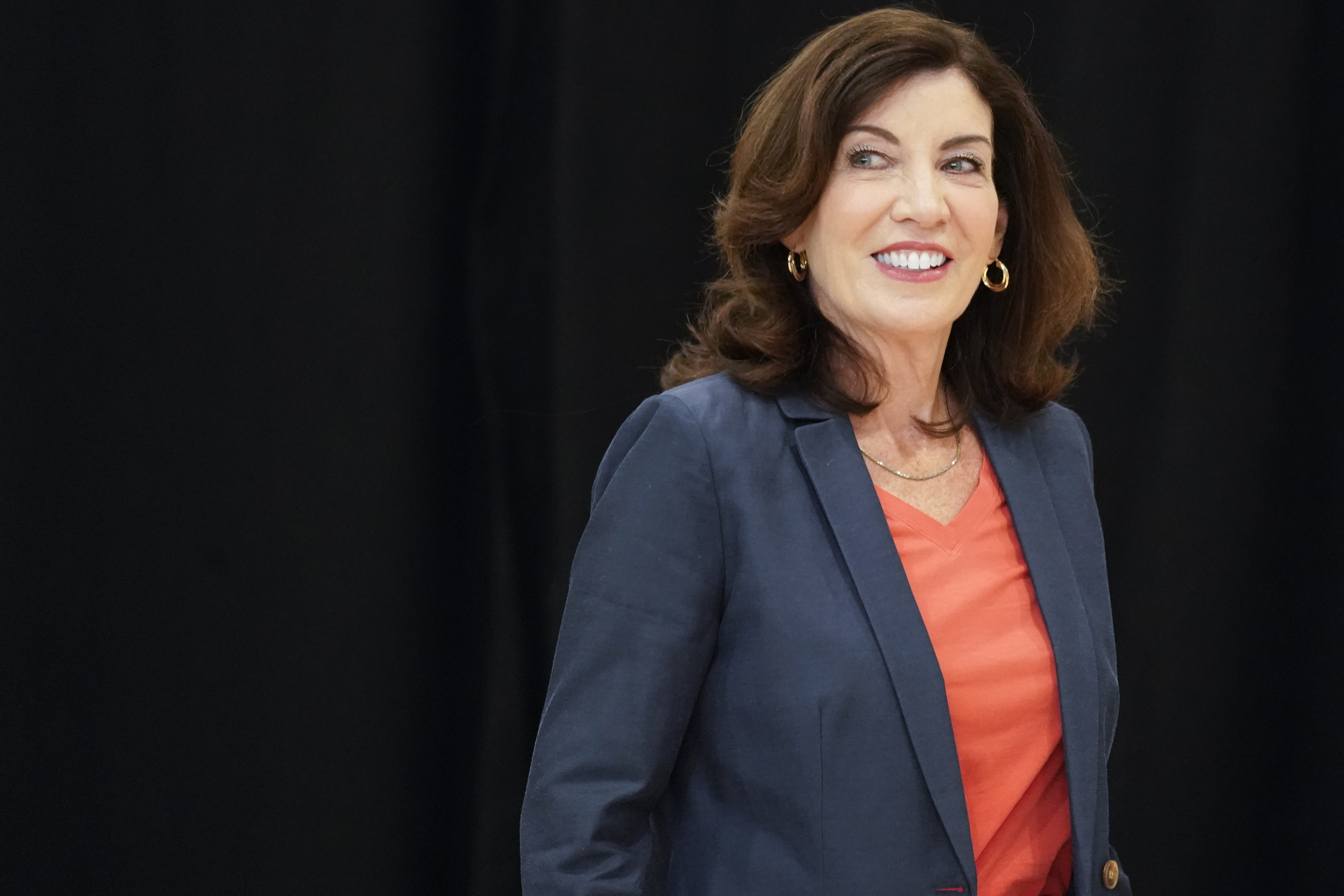 NEW YORK — New York is on its way to becoming a national abortion “safe haven” with a series of new laws aimed at shielding abortion patients and providers from out-of-state legal actions, Gov. Kathy Hochul said.

Hochul on Monday signed a package of bills that she and state lawmakers rushed to approve in the final days of session this year ahead of a potential U.S. Supreme Court ruling that could overturn Roe v. Wade, making New York among the first in the nation to act ahead of the looming federal decision.

“We’ve already seen the threats of anti-abortion violence, and the climate out there is just getting more extreme every single day, and it’s only going to get worse,” Hochul said at an event in Manhattan. “So we need to be ready for that as well. So that’s what we do here in New York. We don’t talk. We act. We don’t follow. We lead. We don’t wait. We get to work.”

The backdrop: Hochul held the event at Cooper Union joined by Senate Majority Leader Andrea Stewart-Cousins, Assembly Speaker Carl Heastie, advocates and elected officials. The governor said the “the sky is on the verge of falling” in the coming weeks should the draft ruling come to fruition.

Hochul, New York first woman governor who has liberally embraced the issue in her campaign for election this year, blasted the potential decision as an extension of Republicans’ “intentional” and “unrelenting” attacks on New Yorkers’ reproductive freedoms, especially those in poor and minority communities.

The bills were supported by Hochul and passed easily through both legislative chambers, where Democrats have strong majorities. But Republicans and some religious groups have characterized the bills as the promotion of abortion.

“This package of bills seeks to encourage abortion tourism, rather than helping women and children who may be in need,” said Kristen Curran, director of government relations for the New York State Catholic Conference, which represents the Bishops of New York State in public policy matters. “As a state that claims to value autonomy and choice, New York should stop presenting abortion as the best and only option for struggling women, and harassing any pro-life pregnancy center that may help women keep their babies. This abortion-or-nothing narrative only demeans women.”

Hochul also said she was signing a bill that would study the effects of limited service pregnancy centers.