I periodically criticize pro-statism stories and columns in outlets such as the New York Times and Washington Post. 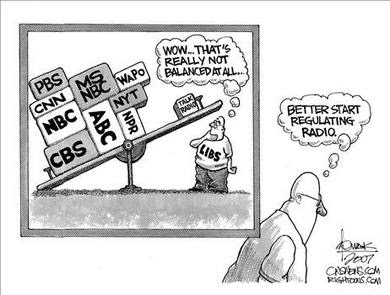 But I’ve only written one column specifically on the topic of whether the press is slanted. In that article, I pointed out that media bias rarely is based on lies.

Even when stories are overtly misleading (as is often the case with reports about poverty, for instance), journalists almost always are clever enough to avoid crossing a line to outright dishonesty.

In practice, media bias is largely about what gets covered and what doesn’t.

Today, I want to share an example of this phenomenon.

The London-based group isn’t well known and neither are the two authors (David Hope and Julian Limberg), yet this study received a massive amount of attention.

To cite just a few examples, it got major coverage from the Washington Post.

It received a fawning write-up from CBS.

It was featured by Bloomberg.

Bloomberg liked it so much that there was a second story.

Many other news outlets also publicized the story, in many cases by simply republishing the stories from the above outlets.

Here’s the report from Al Jazeera.

Esquire even ran a puff piece on the study.

Here’s the headline from MSN.

Here’s an example from Oklahoma.

And an example from North Carolina.

The Gulf News wrote about the study.

And Business Insider also gave it lots of attention.

The reason this report got so all this attention, in my humble opinion, is that it gave reporters an excuse to advance a pro-statism message.

And that meant writing press releases about the report rather than practicing real journalism. They praised the study as “comprehensive” and “sophisticated,” though presumably none of them know anything about its methodology.

And they certainly didn’t seek out any contrary views.

So allow me to point out a few problems with the Hope-Limberg report. Feel free to read the entire study, but I think these passages fairly summarize the two main arguments (tax cuts help the rich and tax cuts don’t help the economy) in the publication.

…it remains an open empirical question how cutting taxes on the rich affects economic outcomes. In this paper, we use data from 18 OECD countries covering the last fifty years to investigate the effects of major tax cuts for the rich

on income inequality, economic growth, and unemployment. …Our results show that…major tax cuts for the rich increase the top 1% share of pre-tax national income in the years following the reform… The magnitude of the effect is sizeable; on average, each major reform leads to a rise in top 1% share of pre-tax national income of 0.8 percentage points. The results also show that economic performance, as measured by real GDP per capita and the unemployment rate, is not significantly affected by major tax cuts for the rich.

Regarding the two arguments, I’m not sure what point Hope and Limberg think they’re making with their first point about lower tax rates leading the rich to earn more income.

At the risk of stating the obvious, that’s one of the main selling points for better tax policy. Supporters of lower tax rates explicitly want entrepreneurs, investors, business owners, and other successful people to have better incentives to earn and report taxable income.

So the Hope-Limberg data actually confirm that lower tax rates on upper-income taxpayers are a great way of getting them to be more productive. Art Laffer would give them an A+ if they were students.

But what about the second argument? Is it true that there’s no positive impact when tax rates are reduced on work, saving, investment, risk-taking, and entrepreneurship?

Let’s examine their conclusions. Here’s the chart showing when selected nations reduced tax rates (in red). Hope and Limberg then calculated whether those countries enjoyed a bump in jobs and growth over the following five years and want us to accept their argument that there was no positive impact. 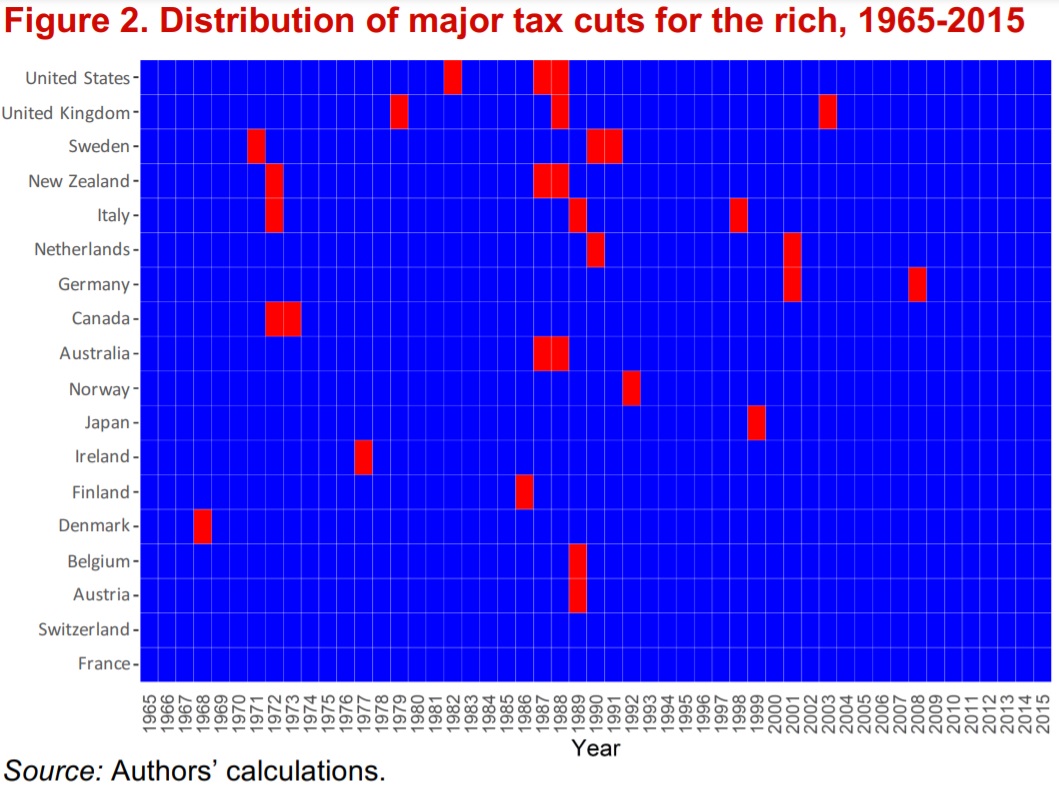 Since the report doesn’t include the underlying data or the model used to generate the results, we’re supposed to accept their results at face value.

At the risk of being the skunk at the garden party, I’m unconvinced. Hope and Limberg are political scientists rather than economists, but it seems like they overlooked some very important issues.

Most important, why didn’t they factor in the impact of other government policies (trade, regulation, government spending, monetary policy, etc)? Taxation is just one small piece of the economic policy puzzle. Maybe they covered these concerns in their undisclosed model and data, but estimating economic performance by looking solely at tax policy is like trying to figure out the score of a baseball game by just comparing the performance of shortstops.

And there are a couple of other concerns I have, such as why did they pick these 18 countries and ignore other nations? And why not examine economic performance beyond five years?

I’ll conclude by also noting that their study doesn’t pass the smell test.

The bottom line is that better tax policy isn’t some sort of elixir that guarantees prosperity. Especially if other policies in a nation are misguided.

That being said, lower tax rates are better for prosperity than higher tax rates (as illustrated by academic studies from economists). And since even small differences in economic performance can lead to big long-run benefits, the main takeaway is that it’s a good idea to enact policies to expand the economic pie.